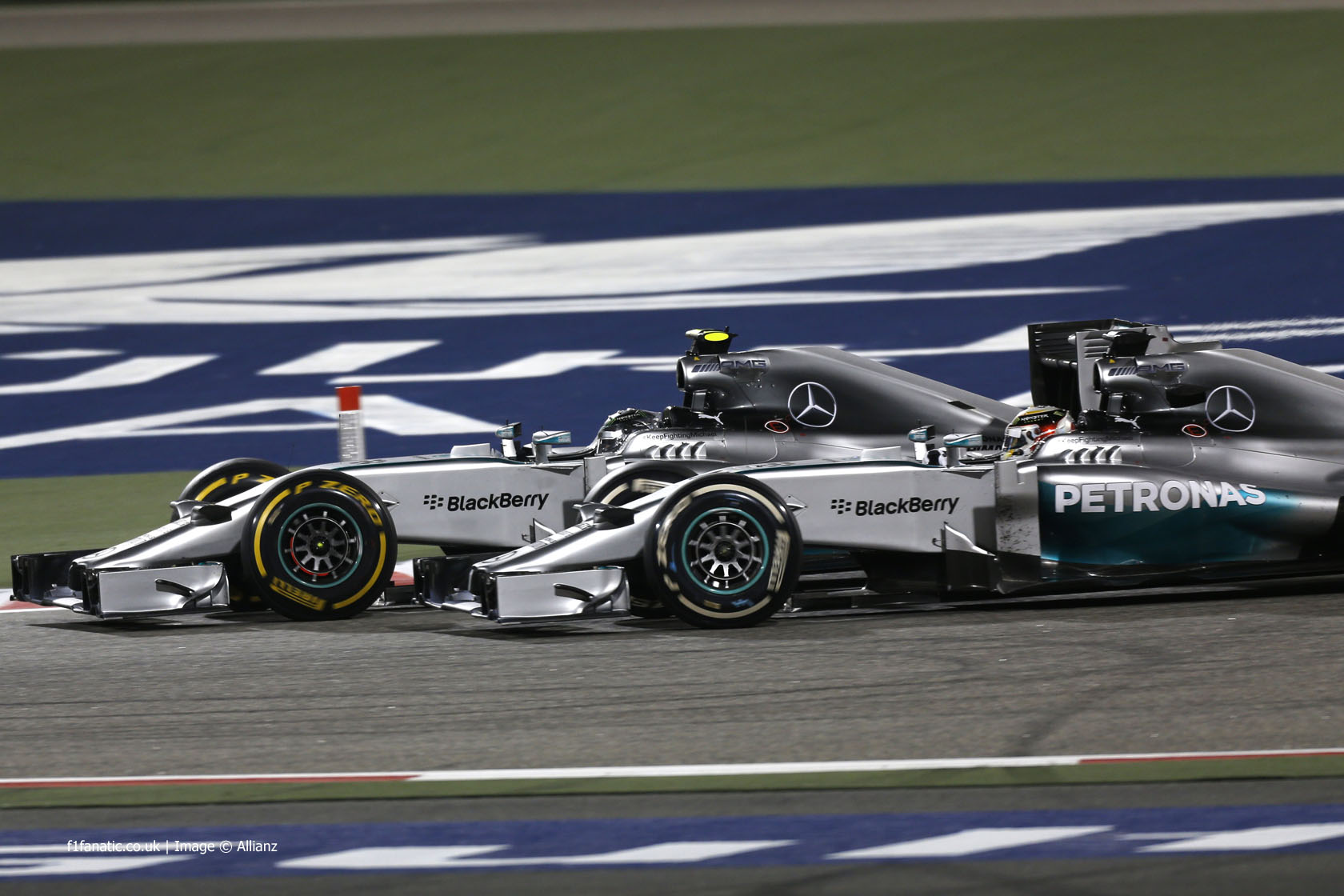 Mercedes has risked too much by allowing its drivers to fight each other for the championship, according to former F1 driver Derek Warwick.

The veteran of 146 grands prix served as a driver steward at four races last year including the Bahrain Grand Prix, where Mercedes drivers Lewis Hamilton and Nico Rosberg fought a hard wheel-to-wheel battle for victory.

The race was celebrated by many as one of the high points of the season. However but Warwick said “in Bahrain the duel between Hamilton and Rosberg was too dangerous” in an interview with author Karoly Mehes for a recently published book about the life of Gilles Villeneuve.

“It showed a sign of stupidity because if both drivers were out of the race it might have looked good for the television audience, but at the end of the day you have to show more responsibility to the team and sponsors.”

“Mercedes was very lucky,” Warwick added. As well as allowing their two drivers to race each other, both drivers’ engineers fed them information from the pit wall on what the other car was doing.

Later in the year Hamilton and Rosberg collided during the Belgian Grand Prix, allowing Daniel Ricciardo to win for Red Bull. As Mercedes are likely to have the most competitive car again this year, how the team treats its drivers is likely to remain under scrutiny.

Villeneuve, who Warwick raced against in his first two seasons of F1, infamously fell out with team mate Didier Pironi in a row over team orders shortly before he was killed at Zolder in 1982. Warwick said there were “always agreements within the teams between drivers” at the time and that sometimes it is necessary to call off a battle between team mates.

“The most important was you can race, but don’t take each other out and end the team’s race,” he added. “There are certain times when you are asked as a driver to hold position. That was in the 1980s, the 1990s and also today.”

Look out for a review of Gilles Villeneuve: His untold life from Berthierville to Zolder coming soon on F1 Fanatic