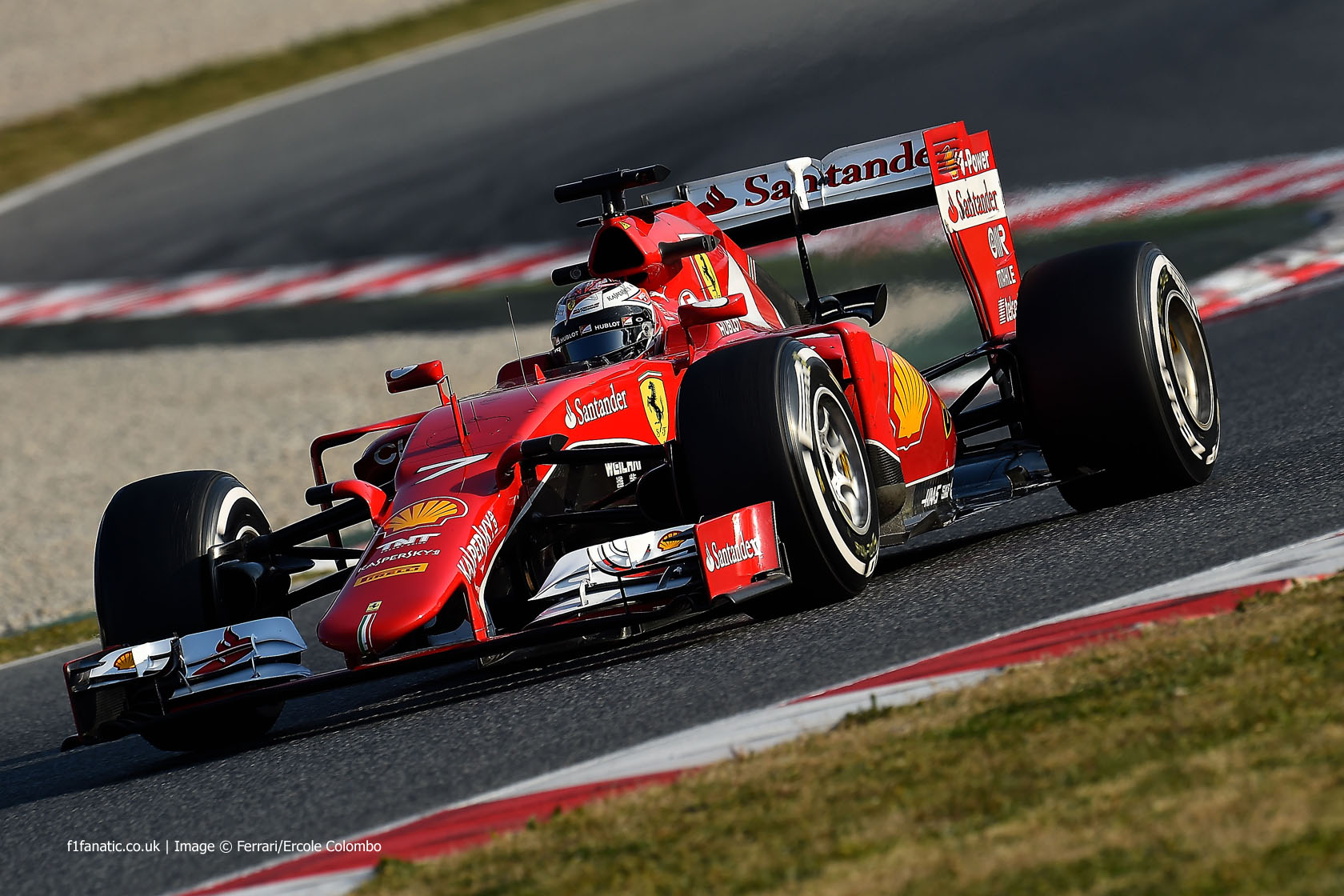 In the round-up: Sergio Marchionne, the president of Ferrari, says his team is at Red Bull’s level.

Ferrari 'on par with Red Bull' ahead of Australian GP (Motorsport)

"The car is there, the drivers are excited. We will be on par with Red Bull when we get to the circuit."

Alonso out of Aussie GP (The Telegraph)

"Aki Hintsa, McLaren's team doctor, is understood to have been involved as part of Alonso's medical team throughout."

"Mercedes paid Force India to run its reserve driver Pascal Wehrlein at the second Formula 1 test, which made it financially viable for the Silverstone-based team to test at Barcelona."

How quick will McLaren be in Melbourne? (MotorSport Magazine)

"The engine has been running in a very de-tuned state in order just to get testing mileage onto the car. Assuming that can be rectified in time for Melbourne, and that there are no further gremlins as yet undiscovered, a 2014 Red Bull-like quantum leap from testing misery to first race competitiveness would not be so surprising."

The forgotten story of Jochen Rindt (The Guardian)

"Rindt certainly did not lack that arrogance all top sportsmen need to have."

No surprise, right call for @alo_oficial

Let's enjoy our sport while we can because once concussions are better understood rugby, NFL, motorsport & more will be very different

@andrewbensonf1 Well, Andrew, in fact Ron get a little angry about that in the press conference, if you remember… He insisted so much

@alo_oficial Thanks mate ✌️ good to hear you're feeling well!

Windgate? Concussiongate? No, surely this is… Crashgate II: The Wall's Revenge #F1

Talk from @MBrundleF1 for GP Mech's Trust, to a room filled with mechs of all eras, opens with "Sorry for smashing up so many of your cars".

Susie Wolff will drive in first practice for the Spanish and British Grands Prix, plus one day each in testing in Spain and Austria. #F1

Busy day in the @WilliamsRacing simulator preparing for Melbourne and Malaysia today. 150+ laps done! More stuff at the factory tomorrow 👍

At the factory today hangin' with my World Championship W05! Can't wait to put the W06 to work! #TeamLH pic.twitter.com/i7VMJNupe3

Why we shouldn’t underestimate the severity of Fernando Alonso’s accident:

Having had a head injury myself I can say that these things are massively complicated. Mine was face-butting a car, but you could say that because I had clear facial injuries and a broken jaw then you could look at me and say I wasn’t OK.

Alonso was wearing a helmet, but because you can’t physically see his injuries and he says he is OK it doesn’t mean that a second impact like that in the space of a month wouldn’t cause him permanent damage. Dale Earnhardt’s crash looked like nothing and that killed him.
@Broke84 Jenson Button was on hand to show off Honda’s NSX supercar at the Geneva Motor Show, while Mercedes displayed their world championship-winning W05.

A late arrival to the 2010 championship appeared on this day five years ago. HRT launched their Dallara-designed F110 chassis and confirmed its second driver, Karun Chandhok, alongside the already-announced Bruno Senna: