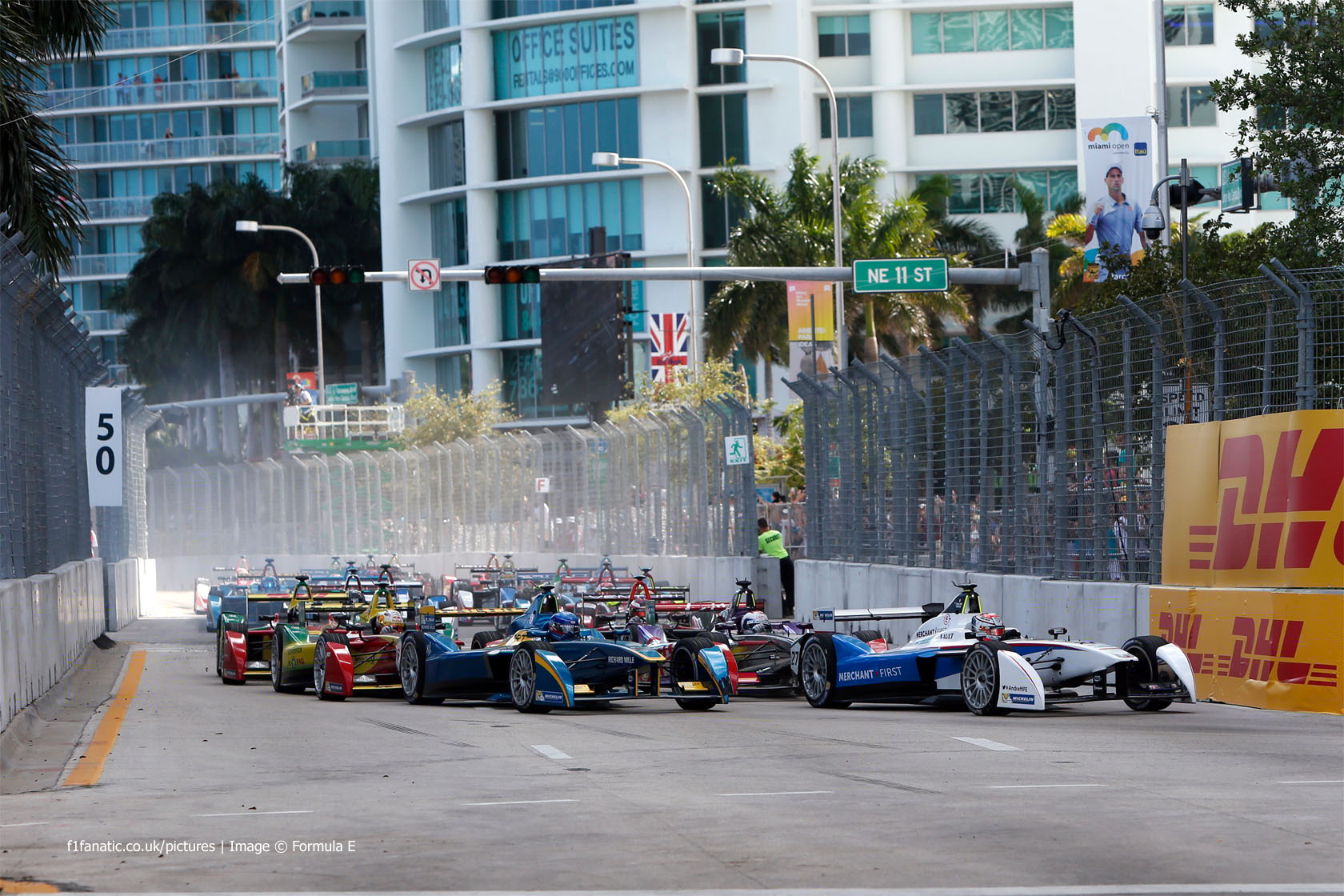 America hosted two very different flavours of racing over the weekend: Formula E’s all-electric cars whispered around the streets of Miami, while NASCAR’s V8s thundered their way around a one-mile oval in the Arizona desert.

Build-up to the fifth round of the Formula E championship was delayed and shortened as work over-ran on the Miami street course. Once the work was completed, Jean-Eric Vergne took his second pole position since joining the championship at round three.

As usual the race came alive once the mid-race car changes began. Sam Bird dived past Vergne, only to run low on power on his in-lap. While Vergne dropped back with car problems, it was his new Andretti team mate Scott Speed who went on the attack in the closing stages.

Beginning the penultimate lap Daniel Abt held the lead from Nicolas Prost with Speed lurking. The pair demoted Abt, and in a repeat of the season-opening race in Beijing it was down to whether Prost could contain his rival on the final lap. But there was no repeat of the dramatic crash which ended that race, and Prost duly became Formula E’s fifth different winner in as many events.

Kevin Harvick took his second win in as many weeks as NASCAR made its first of two visits to Phoenix. The reigning champion now has two wins and two second places from the opening four rounds.

His Stewart-Haas racing team mate Kurt Busch finished fifth on his return to competition. Busch had been given an “indefinite suspension” by NASCAR in Feburary after a court ruled he had assaulted former partner Patricia Driscoll at last year’s race in Dover.

Next weekend is the 12 Hours of Sebring United Sports Car race and NASCAR heads to Auto Club Speedway in California.

Will you be watching either of those? And which races did you watch last weekend? Have your say in the comments.