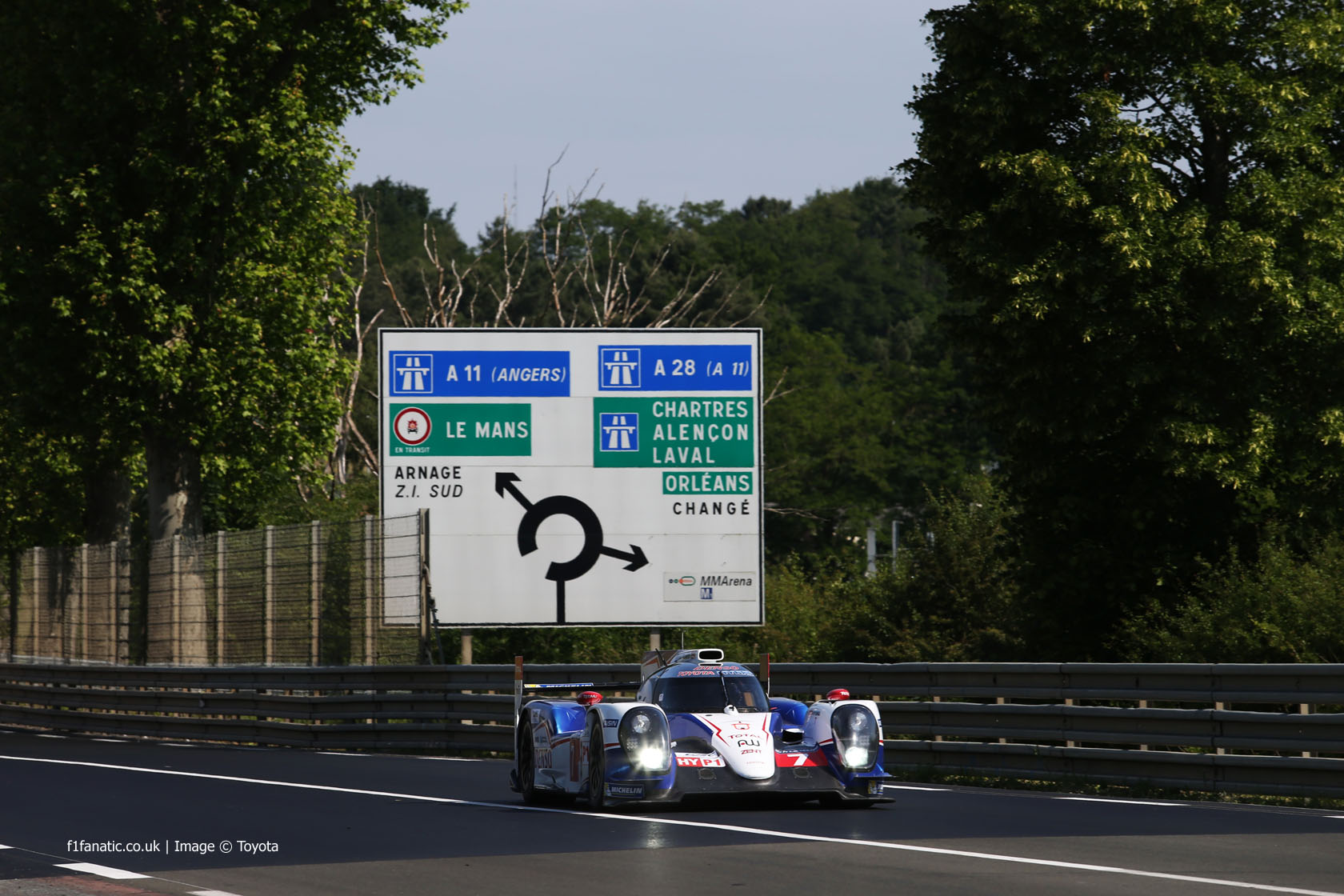 Could F1 race on the same track used for the Le Mans 24 Hours? And would Susie Wolff have been allowed to substitute for Valtteri Bottas in Australia?

These plus more of your questions answered below. Why don’t some of the world’s more interesting circuits feature on the F1 calendar, asks Andre:

Why doesn´t F1 race at circuits like Road America, Le Mans and Motegi? I think that they can bring a good spectacle and fans.

I know that Le Mans had F1 in the 1950s but in these days a race days could be incredible.
Andre Gutierrez

Le Mans did hold a round of the world championship, in 1967. However that was on the short ‘Bugatti’ circuit, not the famous Circuit de la Sarthe which hosts the 24-hour race. It proved unpopular and wasn’t used again.

But the track which holds the famous endurance race doesn’t have a suitable licence to hold F1 races. The FIA issues licences to circuits which permit them to hold different categories of racing based on factors including their length, safety standards and so on. As Formula One cars offer the highest levels of performance only circuits with the highest rating – level 1 – can hold grands prix.

The three circuits you suggested are all FIA grade two tracks, and so cannot hold rounds of the world championship. The limited run-off at several high-speed sections of the Circuit de la Sarthe is likely to be a significant part of the reason why it isn’t graded higher, and the same probably goes for America’s superb Road America track.

Here is a current list of grade one circuits which can hold F1 races:

Circuits which may hold F1 tests but not races are given a ‘2+1T’ designation. These include the Jerez circuit in Spain which F1 regularly visits.

What’ll she do, mister?

Next, a short and simple questions from Adam:

Looking at the data from qualifying, where the top speeds are usually recorded, Felipe Massa hit 335.8kph (208.6mph) in the speed trap at Bahrain. That’s 7kph higher than last year and 21.6kph higher than in 2013 – the last year with V8 engines.

However we can expect to see even higher top speeds later in the year at Monza, the fastest track on the F1 calendar, where Nico Rosberg hit 353.9kph (219.9mph) in qualifying last year.

Could Wolff have substituted for Bottas? Robert wonders whether Wiliams missed a chance to have two cars running in the first race of the season:

Could Susie Wolff have driven in Australian Grand Prix as she is the official third driver for Williams?
Robert Baxter

Susie Wolff would be able to compete in a race if Williams entered her for one. However she was not able to substitute for Valtteri Bottas when he was injured in Australia because he had already taken part in qualifying before he withdrew.

Article 19.1 (a) of the Sportimg Regulations forbids drivers from being substituted one they have qualified:

[Driver] changes may be made at any time before the start of the qualifying practice session provided any change proposed after 16.00 on the day of scrutineering receives the consent of the stewards.

A return for refuelling?

Refuelling was banned at the end of 2009 having been reintroduced in 1994. Matthew thinks it should come back:

Why doesn’t F1 bring back refuelling at pit stops?

Surely this would make races more interesting and maybe give the middle teams a chance of mixing it up with the bigger teams.

With all the technology they must be a way of making it safer if its a safety concern to refuel in pit stops.
Matthew Black

Whether refuelling was enhancing F1 races at the time it was banned is a debatable point. I was never a fan of how it worked in F1, and it created knock-on problems which were never satisfactorily solved, such as whether drivers should be allowed to pit during Safety Car periods. Nor were the safety problems ever fully mastered – there was a refuelling-related fire in the penultimate race before the ban in 2009.

Ultimately I was pleased to see the back of it and haven’t missed it, and think there’s more than a touch of ‘rose-tinted spectacles’ from those who want to see it return.

More importantly, changes in F1 make a return less likely now than when it was originally banned. The philosophy behind F1’s V6 hybrid turbo engines encourages manufacturers to extract as much performance as they can from a limited amount of fuel. Allowing them to pump more in during the race would contradict that goal.

Furthermore, it was the cost of lugging truckloads of refuelling equipment around the world which spelled an end to in-race refuelling in 2009. The financial situation of the sport now has clearly only worsened since then, and it’s hard to imagine the many team bosses who are already hard-pressed for funds voting in favour of a cost hike.

Why the ugly noses? F1 noses look a lot less ugly now than they did last year – but why did they become so strange in the first place?

What’s the concept behind introducing ‘proboscis noses’ in rules and regulations of 2014?
Abhishek Dangi

In 2014 the nose rules were changed to force designers to lower the tips further. However many chose to continue using high noses and use a long, thin section to satisfy the FIA’s requirement. Further rules changes this year have reduced but not completely eradicated the problem.

See here for more on the details of the nose regulations:

56 comments on “F1 at Le Mans, ugly cars and more of your questions”