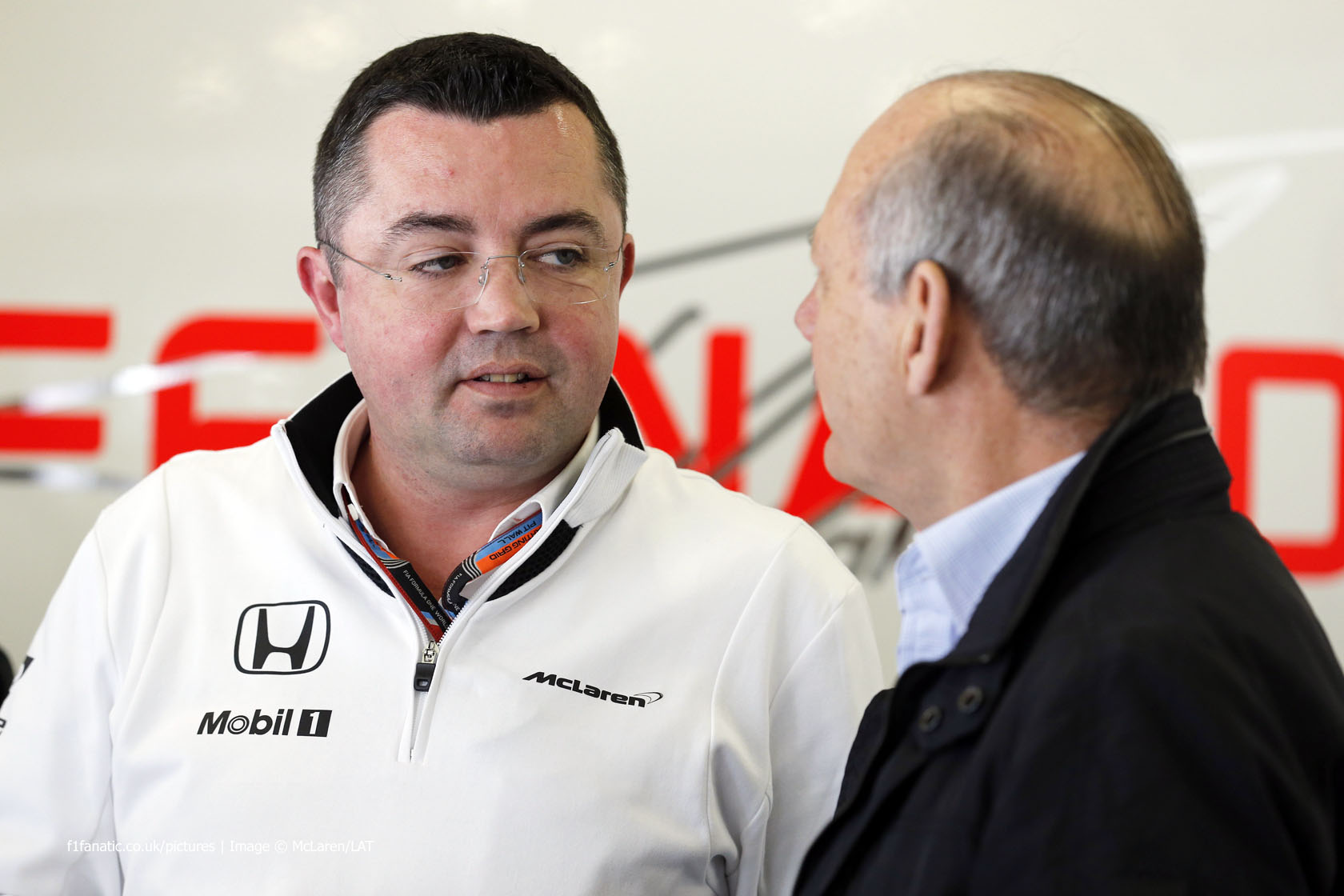 In the round-up: McLaren racing director Eric Boullier says the team would support changes to the engine regulations in 2017, which could potentially lead to an increase in power.

"Any changes we support, because we are ready and especially in two years we would be more than ready to fight."

"We did some pretty hardcore cost cutting, laying off a number of people, making a lot of redundancies, and then it was about cutting costs everywhere we could, and it worked."

"I tried (rallying), but I didn't like it that much. I've chosen a different world."

Nico Hulkenberg on the WEC: 'Everything has been a première this weekend...' (Adam Cooper's F1 Blog)

"I’ll do this race and I’ll do Le Mans and then after that I’ll assess how much I like it."

Memories of the Riverside circuit which was the subject of Sunday’s book review:

Being a life-long Riverside resident (with the exception of a few years spent living out of state) this is definitely a book I’ll be getting. Never had the chance to see F1 there, as I wasn’t born yet, but certainly remember attending numerous NASCAR and drag races at the venue. It’s also one of my favourites tracks to drive in rFactor, although I might be a bit biased I currently live approximately five miles from the old raceway site.

It’s a shame it was demolished for a shopping mall, and a crappy one at that. The mall is more of a ghost town than a shopping mall, and it in turn should be demolished. That said, there are a number of other very nice stores and businesses that have been built over the years on the old raceway grounds, including some residential areas. But oh how we long for the old days sometimes, when land was less developed and more sparsely populated.
@American_f1_fan

Elio de Angelis scored his second and final grand prix victory for Lotus in controversial circumstances 30 years ago today at Imola. Alain Prost took the chequered flag first but was disqualified when his McLaren was found to be underweight. Thierry Boutsen and Patrick Tambay completed the official podium.

Earlier in the race Prost had this battle with future arch-rival Ayrton Senna: