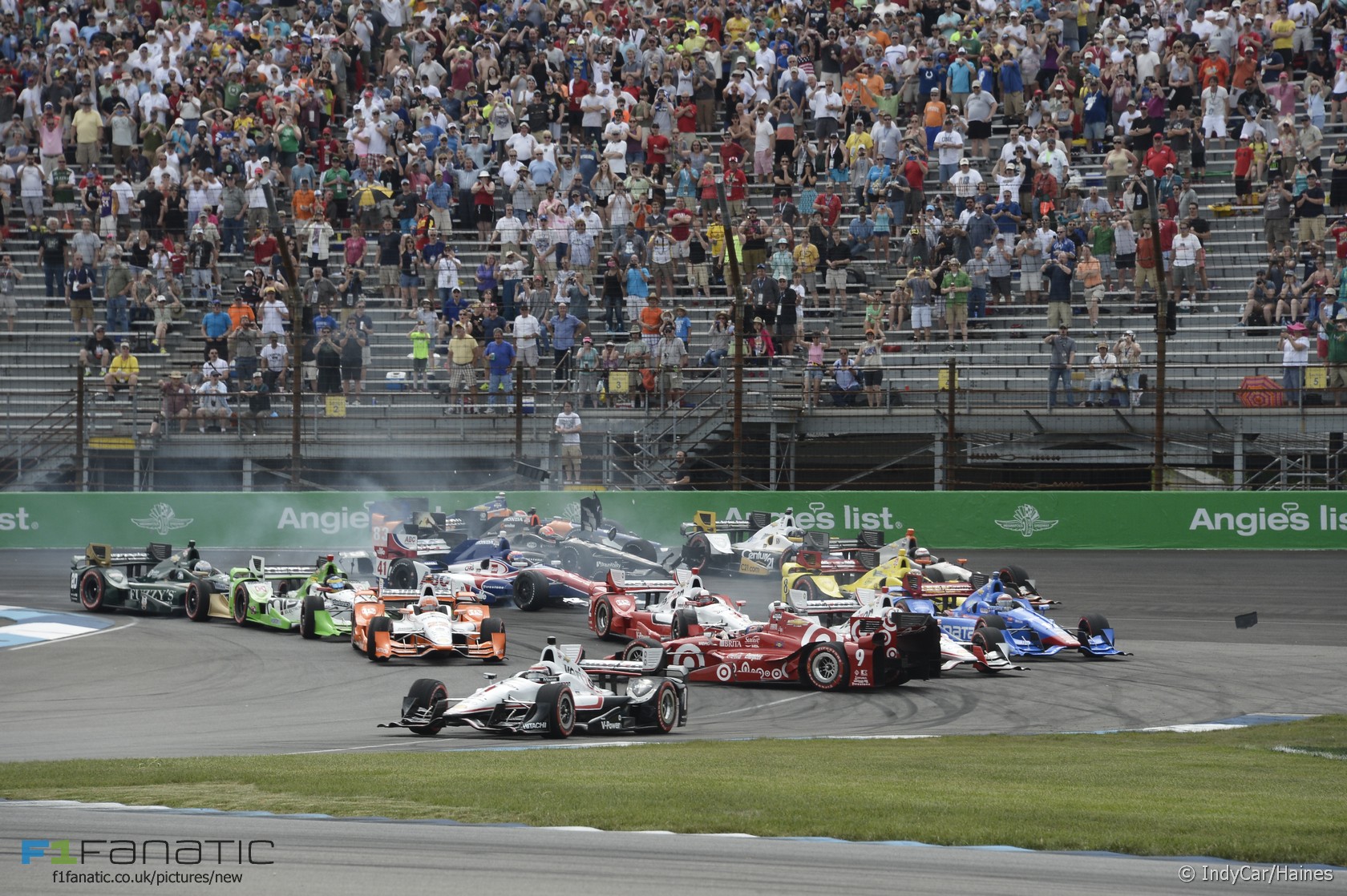 In this weekend’s racing wrap, IndyCar and Formula E raced at the hallowed Indianapolis and Monaco tracks, but both races saw major first-lap crashes.

Reigning IndyCar champion Will Power overcame a late charge from Graham Rahal to take his first victory of the season in Saturday’s race on the Indianapolis Motor Speedway road course. Power is the fifth different winner in as many races so far this year.

A first-corner pile-up caused the only caution period of the race, after which Power headed the field for 65 of the 82 laps, only losing the position as pit stops cycled. However, he spent the final part of the race juggling the need to save fuel while keeping the gap to Rahal, who for the second race in a row was chasing down the leader when the chequered flag fell.

Attention now turns to the biggest race in the IndyCar season: The Indianapolis 500.

Sebastien Buemi took victory in the Monaco ePrix to become Formula E’s first repeat winner, which brought to an end a run of six different winners in six races.

It began as Jean-Eric Vergne hit the rear of Andretti team mate Scott Speed, while Jaime Alguersuari was unable to avoid joining the melee. Then Daniel Abt clipped the wall and Bruno Senna piled into his car, launching into the air and almost flipping over.

The same trio occupy the top places in the championship: Di Grassi ahead of Piquet Jnr and Buemi. Just ten points covering all three with four races to go, the next at Berlin in two weeks’ time.

First-time pole-sitter Aron Smith struggled off the line in race one, allowing Gordon Shedden and Matt Neal through to take a one-two for Honda. After holding third place for the majority of the race, Smith suffered a puncture which put him down the order, promoting Cicely Racing’s Adam Morgan onto the podium.

With the fastest lap in race one, Jason Plato took pole position for race two. Despite losing the lead to second-placed Rob Collard off the line, the veteran took the place back into the final chicane, paving the way for his 90th race win in the championship. Shedden took third ahead of Jack Goff and defending champion Colin Turkington.

The reverse-grid race three saw Morgan on pole with Andrew Jordan second, and the Mercedes man held his advantage to win the Safety Car affected race. Jordan finished second ahead of Sam Tordoff.

From flat, fast Thruston the series heads to twisty, undulating Oulton Park next.

Video highlights are not available yet, footage above is from qualifying.

Jimmie Johnson won Saturday’s SpongeBob SquarePants 400 night race at Kansas Speedway to record his third victory of the NASCAR Sprint Cup season, after a long delay due to a rainstorm.

Martin Truex Jnr had led most of the 267 lap race, which was filled with caution periods and hectic restarts, but Johnson stayed out on old tyres to hold on in a tight seven-lap run to the flag.

Next for NASCAR is a triple-header of races at the Charlotte Motor Speedway: The Sprint Showdown, the All-Star Race and the Coca-Cola 600.

In two races at the Estoril circuit, Konstantin Tereschenko and Vitor Baptista took the honours. Race one saw Tereschenko take a lights-to-flag win ahead of Yarin Stern and Yu Kanamaru, while Vitor Baptista won a very entertaining race two (full video above), the Brazilian overtaking pole-sitter Tereschenko on lap three and then pulling away from the field.

The next round of the series sees the teams and drivers head to Silverstone for the British round.

Highlights are not available of last weekend’s F1, GP2 and GP3 races.

The World Touring Car Championship makes it first appearance on the Nurburgring Nordschleife this weekend with a double-header race shortly before the annual 24 hour race on the notorious German track.

There’s more tin-top action from Australia as well, where the V8 Supercars head to Winton.

Will you be watching any of these races? What did you watch last weekend? Have your say in the comments.

Thanks to @Mathers for contributing this article while @bradley13 is away.

27 comments on “First-lap carnage at Indianapolis and Monaco”