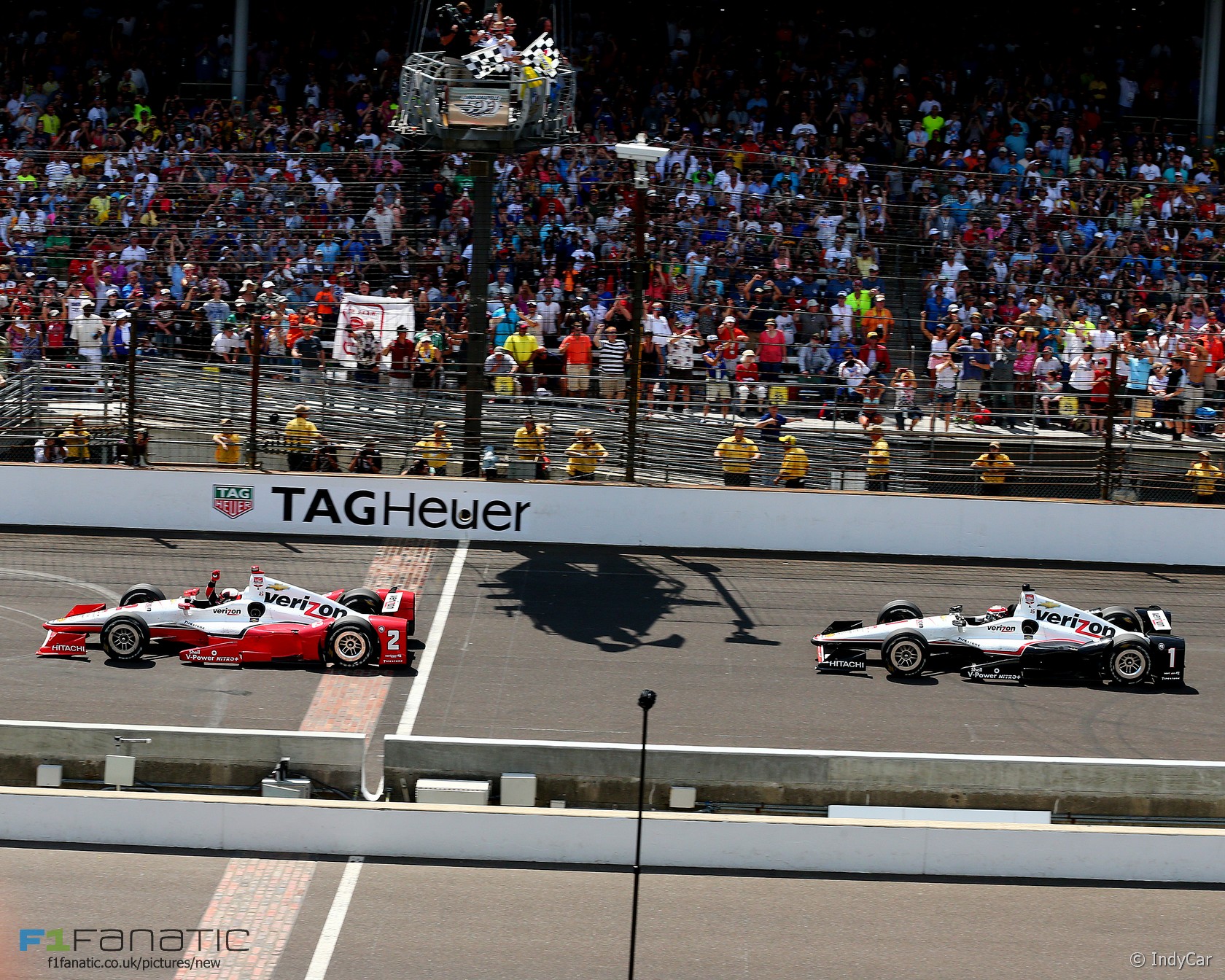 Juan Pablo Montoya won an exhilarating Indianapolis 500 despite having dropped to 30th position after being hit by Simona de Silvestro during the first caution period. Montoya patiently worked his way through the field and the race came down to a three-way scrap between him, Penske team mate Will Power and Ganassi’s pole sitter Scott Dixon.

There was no repeat of the airborne crashes seen during the build-up to the race, although the race was punctuated by several incidents, the most dramatic of which involved Jack Hawksworth, Sebastian Saavedra and Stefano Coletti. Two pit crew members were also injured, one hospitalised, after the Coyne cars tangled during a refuelling stop.

For the first time in seven years the Super Formula series returned to Okayama – the track which was known as TI Aida when it hosted the Pacific Grand Prix in 1994 and 1995. Hiroaki Ishiura that took his first victory in the series ahead of Kamui Kobayashi, who was little more than a second away from victory in only his second start in the series.

Joao Paulo de Oliveira made an exceptional start, rocketing from fifth to second by turn one, but had slipped back to his starting position by the flag. Round one winner Andre Lotterer could only manage eighth, and fell to second in the championship behind Ishiura.

Jari-Matti Latvala took his first win of the season after holding off pressure from team mate Sebastien Ogier on the last day. Latvala took the lead at the end of Friday morning, and ended the day with an 11.1 second advantage.

He came under pressure from Kris Meeke on Saturday, with Ogier getting involved in the afternoon. The Frenchman had the disadvantage of running first on the road, but as several Rally 2 competitors had to run before him, he stayed in with a shout of victory.

Ogier won three consecutive stages on the final day but Latvala responded with a win on the penultimate stage, and took 10.4 seconds of an advantage into the power stage. Ogier took the three points on offer, but only beat Latvala by 2.2 seconds, which handed the Finn victory.

Andreas Mikkelsen stole third due to Meeke suffering a broken anti-roll bar which dropped him to fourth. Ott Tanak debuted the new-spec Fiesta, and he looked good with a fifth place finish. Ogier now leads the title by 42 points from Mikkelsen, with Mads Ostberg third, five points further back.

A destructive Formula Renault 3.5 race on the morning of the Monaco Grand Prix was red-flagged after a huge crash involving Meindert van Buuren and Bruno Bonifacio, which had shades of the similar shunt which put Max Verstappen out of the main event.

That interrupted Jazeman Jaafar’s cruise to victory from pole position, but didn’t put him off his stride. He’d shared the front row with with Fortec team mate Oliver Rowland who’d been quickest in his qualifying group but had the misfortune to run when the track was slower. It got worse for Rowland at the start as he collected a puncture, and though he recovered sixth place with some excellent passes he lost the championship lead to Jaafar.

The eighth round of the Formula E series ended in a controversial manner, with winner on the road Lucas di Grassi stripped of the win after his Abt team were found to have made unauthorised front wing modifications. Jerome D’Ambrosio therefore became the series’ seventh winner in eight races.

Di Grassi had dominated the race after taking the lead from pole sitter Jarno Trulli at the start, and took the chequered flag by 7.5 seconds, before coming to a halt metres after the line having run out of power. Eventual winner D’Ambrosio had a good race, moving up from sixth on the grid in the incident packed race. Sebastien Buemi took second place, and with it second in the championship, while Loic Duval made it a double podium for Dragon Racing.

Petter Solberg won the fourth round at Lydden Hill to extend his lead in the Championship over Johan Kristofferson to 29 points. Despite picking up a puncture on the final lap Solberg won ahead of Mattias Ekstrom with Kristofferson himself coming home in third. Andrew Jordan, the 2013 British Touring Car Champion, was also in action, but after winning heat three he missed out on the final after finishing fifth in his semi-final.

Carl Edwards stretched his fuel economy to take a surprise win in the NASCAR Cup race at Charlotte. Martin Truex Jnr, Kurt Busch and Denny Hamlin had been the main frontrunner in the race until the decisive closing laps.

In the first GP2 race in Monaco, Stoffel Vandoorne took the honours after making a bold tyre strategy work, while race two saw Richie Stanaway take his maiden GP2 victory for Status Grand Prix in only their sixth race in the series.

The Auto GP championship was in action on the Silverstone circuit, and it was Antonio Pizzonia that took the honours in race one with a lights to flag victory. Race Two saw Luis Sa Silva beat Facu Regalia for his maiden series win. Video highlights of these races, and Nico Rosberg’s Monaco Grand Prix win, are not available yet.

Did you watch any of these races? Were there any other events that you saw, either on the television or even in person? Have your say in the comments below.

It’s another busy one next weekend, with DTM, IndyCar, Formula 3, Formula Renault 3.5 and NASCAR all in action.