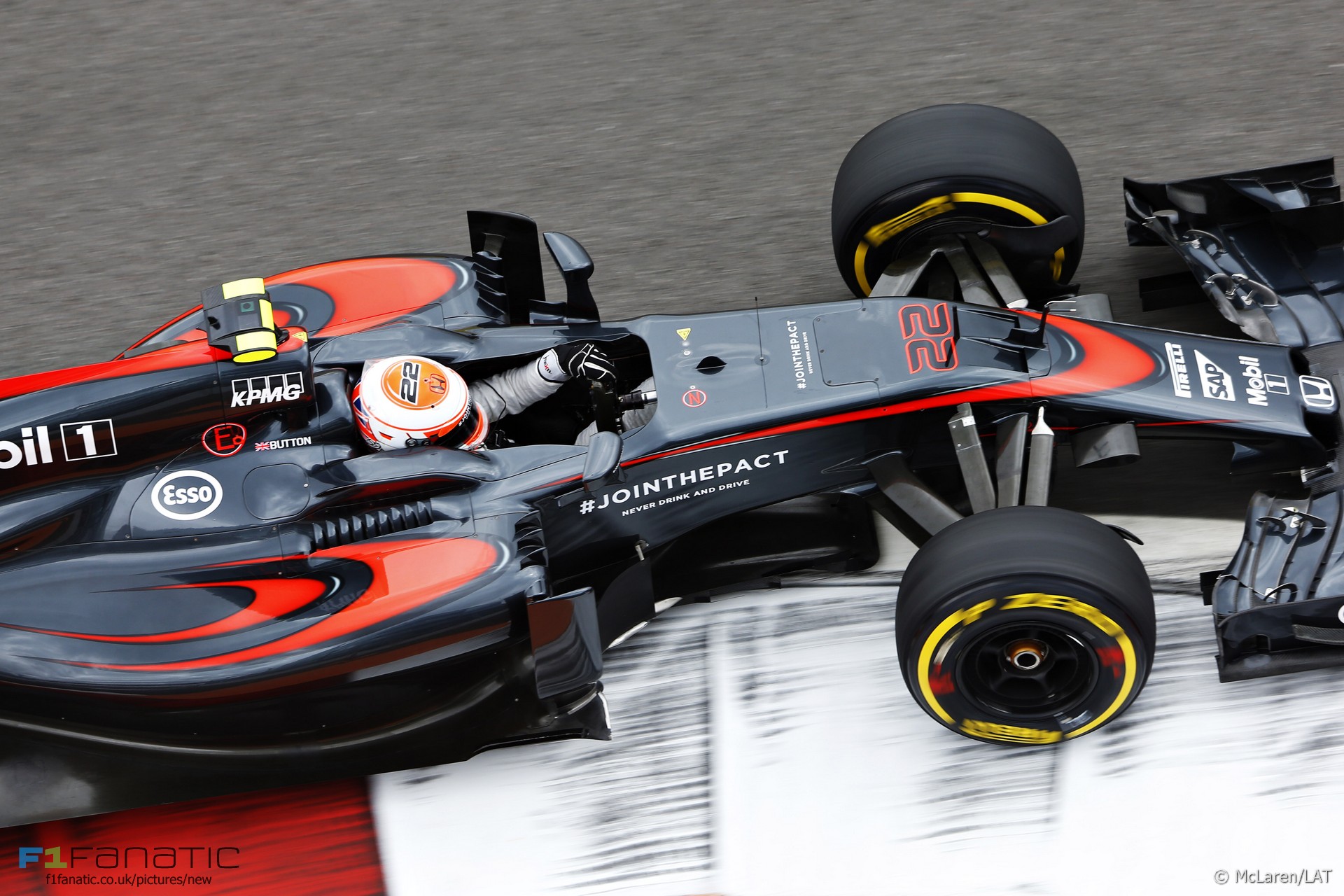 Jenson Button expects a difficult race in Sochi despite what he described as one of his best qualifying results of the year.

The McLaren driver will start 13th on the grid – his best qualifying performance of the season after Monaco.

“This was probably my best qualifying performance of the year,” said Button. “We got into Q2 due to our actual speed, rather than because of the others having any issues.”

“Q1 was straightforward – I was only a tenth and a half off the top 10. In Q2, it cooled down a lot – my new-tyre run was three-tenths slower than my old-tyre run. That last lap was really low-grip, even though I’d done a couple of warm-up laps beforehand. I think a lot of people struggled to get the temperatures right.”

However Button expects his car’s high fuel consumption to be a significant weakness over a race distance.

“The race will be tougher for us than qualifying was because our [elergy] deployment isn’t as good as other people’s, so we’ll be affected along the long straights here,” he said.

“In turn, that will affect our fuel consumption – since we use more fuel because we don’t have as much deployment capability.”