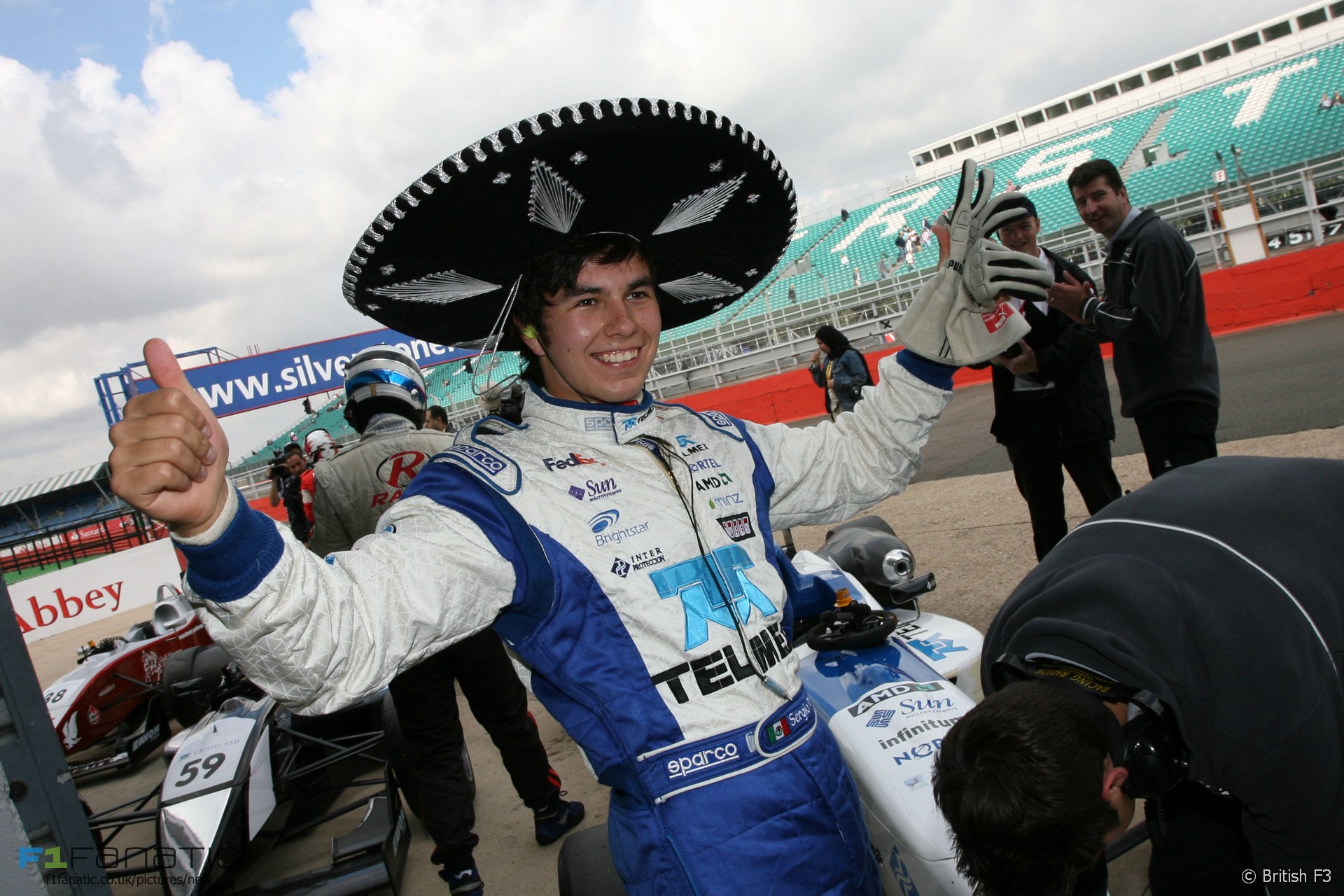 One of Sergio Perez’s first team bosses described him as “totally unprofessional”. But Perez has refined his craft and now has five Formula One podiums to his name, the most recent coming just last weekend.

He is now set to become only the third Mexican driver to compete at his home event when F1 heads to the Autodromo Hermanos Rodriguez in Mexico City later this month. Here’s how Perez made his way into Formula One.

Perez made his start in karting in 1996, four years after Mexico held its last round of the Formula One world championship. The six-year-old from Guadalajara’s motor racing achievements would eventually help bring about F1’s return to the Mexico City circuit.

That lay well in the future when Perez headed to the USA to make an early graduation to full racing cars. His success in karting had bought him to the attention of Mexican telecommunications giant Telmex, who placed the 14-year-old in the Skip Barber National championship. Despite missing six races, he claimed rookie of the year honours, and Telmex decided to continue his racing education in Europe.

Although he finished on the podium in only his second race, Perez was still very much a rough diamond at this point. In a recent interview Peter Mucke, one of Perez’s first team principals, described the youngster’s approach as “totally unprofessional” during his Formula BMW years.

But his results steadily improved. At the end of 2006, aged 16 and with two years of Formula BMW behind him, Perez finished sixth in the championship, albeit without having won a race.

He was involved in a bizarre incident at the Norisring that year which began when he tangled with Sebastian Saavedra. His stationary rival then tried to resume his race by driving up onto Perez’s car:

Perez gained more useful track time – some of it on Formula One circuits – as a practice driver for Mexico’s A1 Grand Prix team during the 2006-07 season. He made his sole appearance as a race driver at Shanghai, finishing well down the classification on the weekend which saw his future Force India team mate Nico Hulkenberg clinch the championship for Germany.

For 2007 Perez switched bases to the UK where he contested the younger National class of the British Formula Three championship. He won the championship against a less-than-stellar field, but this set him up well for a tilt at the main title the following year.

Sticking with the same T-Sport team but now in an up-to-date chassis, Perez was up against Carlin’s Oliver Turvey and the Red Bull-backed Jaime Alguersuari. In a stellar year, all three drivers arrived at the final double-header with a chance of winning the championship.

Perez was up to speed quickly, taking a maiden victory for himself and his team in the third race at Croft. However in the following race he tangled with future F1 rival Marcus Ericsson, triggering a major crash:

From there the championship moved on to Monza where Perez produced the performance of the season. Despite qualifying 14th for both races he romped through the field twice in tricky conditions to claim a pair of victories:

These disciplined performances showed Perez was finding the maturity to match his speed. It also propelled him into a healthy points lead, but the team were rarely as competitive again throughout the rest of the year.

He kept pace with eventual champion Alguersuari until a disastrous weekend on the streets of Bucharest. A blown engine in the first race torpedoed his title hopes, and a collision with Max Chilton in the second all-but finished them off.

The time had come for Perez to move up another level, and for 2009 Telmex backed his move into F1’s leading feeder series, GP2. A pair of wins in the 2008-09 GP2 Asia series showed he was immediately comfortable with the increased power of the first-generation GP2 machine.

However in the main series the teams were getting to grips with the second-generation car. While fellow rookie Hulkenberg won the championship with ART, Perez took longer to settle in with Arden and only scored his first points in the seventh race of the year at Silverstone.

Perez was on a clear upward trajectory in the second half of the season, however. He stood on the podium after both races at Valencia, taking second from sixth on the grid in the sprint race following this first-corner collision:

Perez returned to the championship the following year and made a strong bid for the championship against Pastor Maldonado – a considerably more experienced rival in his fourth year of GP2 prior to which he’d also spent two seasons in Formula Renault 3.5.

Perez kick-started his title bid at Monaco where he beat pole sitter Dani Clos away from the line to claim his maiden GP2 victory. He left the principality with a slender lead over Maldonado in the standings. But what started out as a promising weekend in Valencia turned sour: having started from pole position he was hit by Davide Valsecchi and finished out of the points.

Four consecutive podiums including a pair of wins at mid-season kept up the pressures on Maldonado. But even after a fourth win at Spa the pair were separated by 17 points, and Maldonado was poised to clinch the championship at Monza.

The title was decided in a rather unsatisfactory fashion as both drivers crashed out of both races. Maldonado hit Romain Grosjean in the first race while Perez tangled with Michael Herck:

Perez’s slim title hopes came to an end in the sprint race when he went off at Parabolica, triggering a crash which also claimed Maldonado.

He made amends for that with his fifth victory of the year in Abu Dhabi, securing his grasp on the runner-up spot in the championship. That brought him to the attention of Peter Sauber, who promoted Perez to F1 in 2011. Later that year he returned to his home town where over 150,000 fans assembled to greet Mexico’s first Formula One driver for three decades. Expect another massive turnout for him when F1 returns to Mexico at the end of the month.

Browse all Route to F1 articles