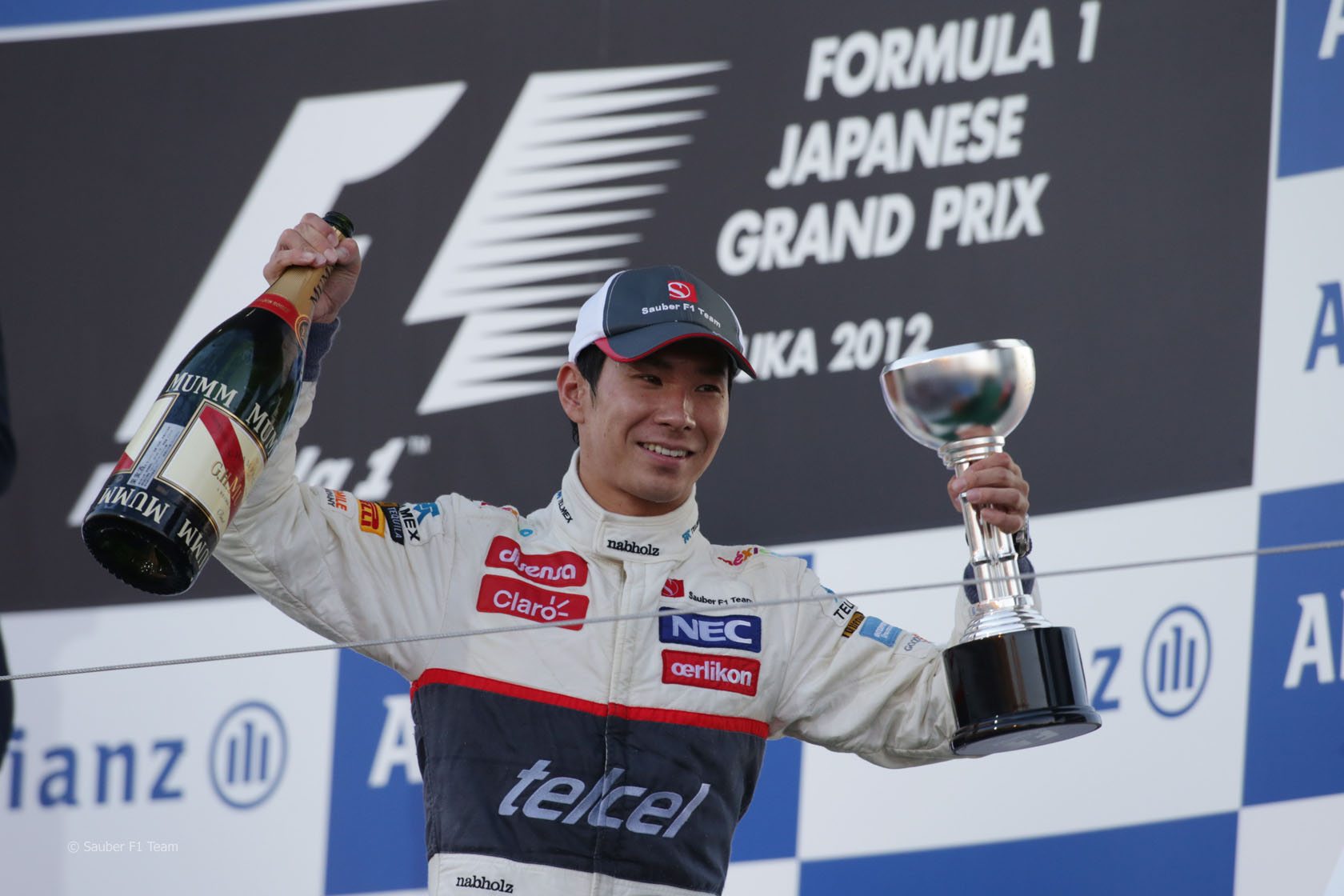 Sauber will make its 400th appearance in a grand prix weekend at the United States Grand Prix next week.

To commemorate the occasion, Sauber asked eight of its most famous former drivers to pick their favourite moments at the wheel of their cars:

“In our first year in Formula One I was part of a great Sauber moment during the fourth race of the season in Imola. It was exciting as I started the race, surprisingly in P5, just behind Alain (Prost), Damon (Hill), Michael (Schumacher) and Ayrton (Senna).”

“Because of the rain, we started the race with more downforce and I was able to compete against Schumi and Gerhard (Berger). That was a great fight which I still remember well.”

“As the rain stopped shortly after the start, we then changed to slicks. On the straights we had way too much downforce and, therefore, less speed. Schumi was able to outstrip Aguri (Suzuki), but I couldn’t. Around ten laps before the end of the race I was in P4. Suddenly an engine failure stopped me. That’s why I will never forget these great fights and especially this race.”

“As a long-standing Sauber driver I was part of many highlights. My nicest memory was definitely finishing third at the Italian Grand Prix in Monza in 1995 – behind Johnny (Herbert) and Mika (Hakkinen).”

“For the Sauber F1 Team, as well as for me, it was the first podium in Formula One. We celebrated this landmark as if it was a victory. I remember this quite well: There were not only tears of joy, but also a lot of champagne flowing. That was very emotional – a superb moment, which can’t be forgotten.”

“Actually there are many unforgettable moments with Sauber – too many good as well as some not so good memories. One moment was in 1997. We had many great races in this season. In Imola we started the race from P7 and were very strong, fighting against Williams and Ferrari for a podium. In the end we had to retire due to an electric failure.”

“There was also the race on the Hungaroring. This was a really nice moment. I only started from P10, but in the end Jacques (Villeneuve) Damon and myself were able to beat Michael after a great fight. That was terrific. A highlight.”

“It was a relief to get the first podium in 2001 at the wet race in Sao Paulo, which was then followed by a beer shower afterwards. In the same year, together with Kimi (Raikkonen), we finished P4 in the constructors’ championship, which was a fantastic team success.”

“For me the 2007 season with BMW Sauber was exceptional. We were on the way to the top and the car suited my driving style well. I extracted the full potential from it and took every opportunity that came up for a top three result.”

“My highlight was one manoeuvre during the Bahrain Grand Prix when I managed to overtake Fernando (Alonso’s) car on the outside, we were wheel to wheel, right on the ragged edge. I have to admit that I watch this moment once in a while, and I am proud that I drove this BMW Sauber car.”

“My time at Sauber is special to me because it was the start of my Formula One career. Overall I spent three years there, living in Switzerland and learning a lot while in the car. We had some good results, and I was in the points in the second race of my first season.”

“My stand out moment was in Canada in 2005 when I finished fourth, but we had many good performances in the years I was there. I have many fond memories.”

“I have great memories from my time at Sauber. One of the most important is surely my first ever podium in Formula One, which I celebrated in Monza 2006 together with BMW-Sauber. I finished in P3 at my third race as a Formula One driver, after being promoted by the team from a reserve to race driver. I believe that this third place was an important achievement for my future career. It also showed the potential of the car at that time.”

“My victory at the Canadian Grand Prix two years later in 2008 is definitely a moment to remember forever, not only for myself but also for the team.”

“My Sauber moment was in 2012 when I achieved my first podium ever at my home race in Suzuka. This is one of the greatest memories in my life. Finishing in P3 and standing on the podium in front of my fans was amazing.”

“After the nuclear catastrophe in Fukushima in 2011, it was a very difficult time for us. I cannot say that in one word, but this podium was a very special moment for me as well as for my fans. As a team we were fighting hard to make that happen. During my time at Sauber we had good as well as less good times, but overall we really enjoyed working together. We worked very hard and fought a lot. That is the most important. We always did our best.”

“I would like to congratulate Sauber on reaching the milestone of 400 races in Formula One. It was my first team, and together we celebrated some fantastic moments.”

“The highlight was my first podium in Malaysia in 2012, which was one of the best races in my career. I was able to push Fernando hard for the final few laps and the victory was almost within reach.”

“Then, later that year in Monza, we celebrated another second place. It was a day when everything came together and the car was working perfectly. I did a really good job of looking after the tyres and that helped me move up through the field after having started from P12. We had the pace to attack and I had some nice battles, but everybody was fair. And I was able to beat both Ferrari. It was just a very enjoyable race in Monza.”