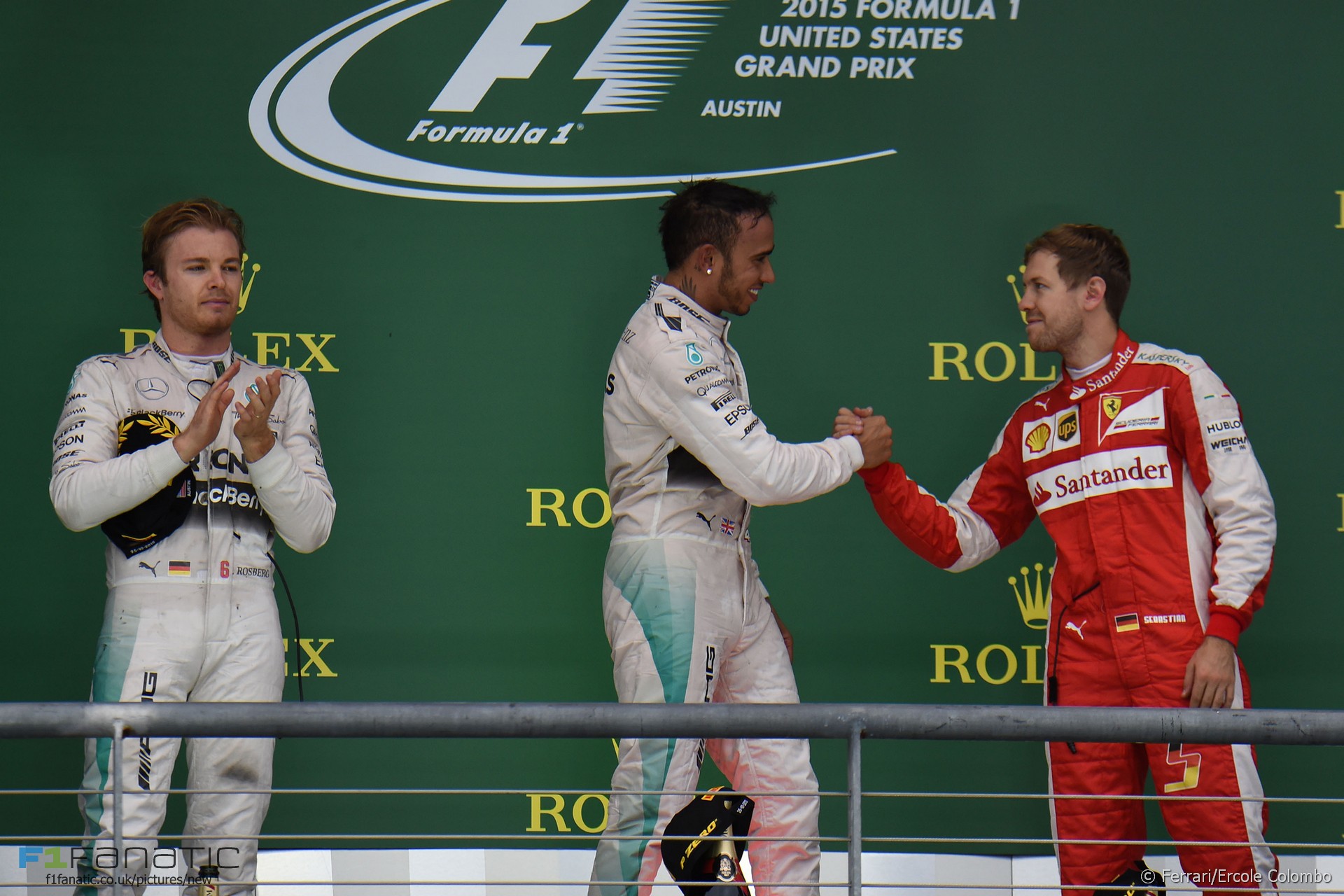 Mercedes team principal Toto Wolff has dismissed speculation of a rift between his drivers as “hot air”.

The pair’s post-race hat-throwing exchange was interpreted by some as evidence of a new low in their relationship, which has been strained at times as the pair have fought for the world championship.

Lewis Hamilton clinched the 2015 title on Sunday after Nico Rosberg went off the track late in the race, handing his team mate the lead. Afterwards Rosberg complained Hamilton had forced him wide at the start.

“A lot was said after the race about the relationship between our drivers and most of it was hot air,” said Wolff.

“One of our boys won a world title on Sunday, and one lost it. If a few emotions boil over in that scenario, it’s completely understandable and human.”

However he indicated the team would discuss the first-corner incident between the pair. “Like always, we will do the analysis of what happened on track as a team – but we will do it behind closed doors.”

Wolff also praised the efforts of teams to keep fans entertained throughout Saturday’s rain delay, which had been a focus of criticism from Ferrari’s Kimi Raikkonen and Maurizio Arrivabene.

“The weekend in Austin was a very positive one for Formula One,” said Wolff. “On Saturday, we saw the paddock unite to put on a show for those fantastic fans who braved the weather to the very end.”