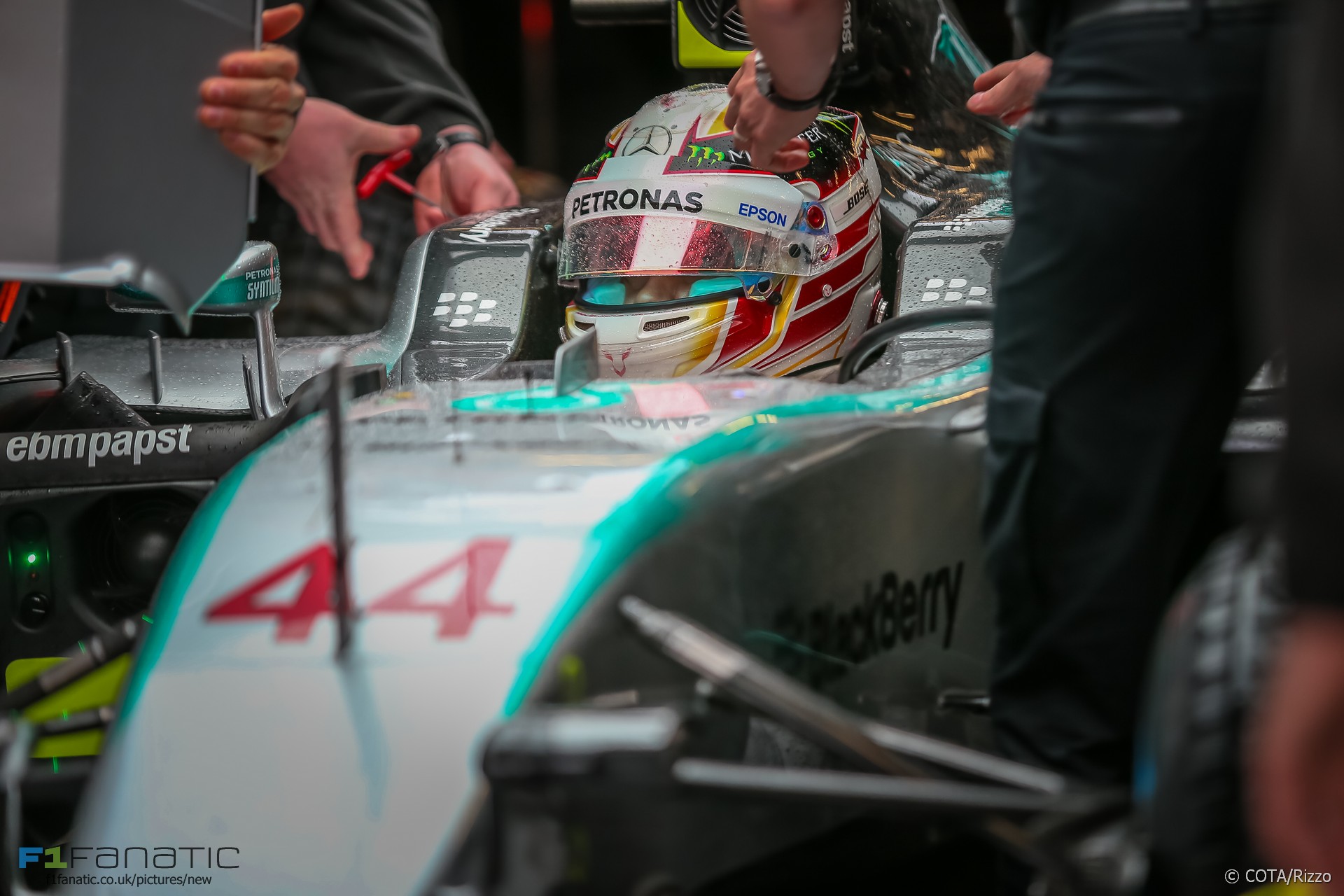 Lewis Hamilton doesn’t expect he’ll be called upon to ensure both Mercedes drivers finish on top of the points standings.

Asked during today’s FIA press conference whether he would be required to play a supporting role to Rosberg in the final races, Hamilton said he didn’t see a “benefit” from doing sp.

“We haven’t spoken, nor do I think we really need to. The team have not asked me to support him in that role.”

“I’m here to win the race, the team have won the constructors’ so from here on, there’s not really a huge benefit for the team for me to start helping, but we’ll see what Toto [Wolff] wants me to do.”

Rosberg was unhappy after the two Mercedes drivers clashed while disputing the lead at the start of Sunday’s race but Hamilton said he didn’t feel the need for ‘clear the air’ talks.

“I’m very easygoing, I never really have any problems,” said Hamilton. ” I think Toto feels he needs to perhaps sit with Nico to see where his head is at, obviously we don’t want tension in the team.”

“Generally we come together, we keep it transparent. I don’t have really anything to say about it but of course I’m sure we will sit down and see what Nico is feeling and whatever emotions he has and try and dilute them and then move on.”

Hamilton also dismissed speculation over his relationship with Rosberg following the pair’s cap-throwing exchange immediately after the race. “In terms of the cap thing, I don’t know, it’s pretty funny,” he said. “I don’t think I have much else to say about it.”