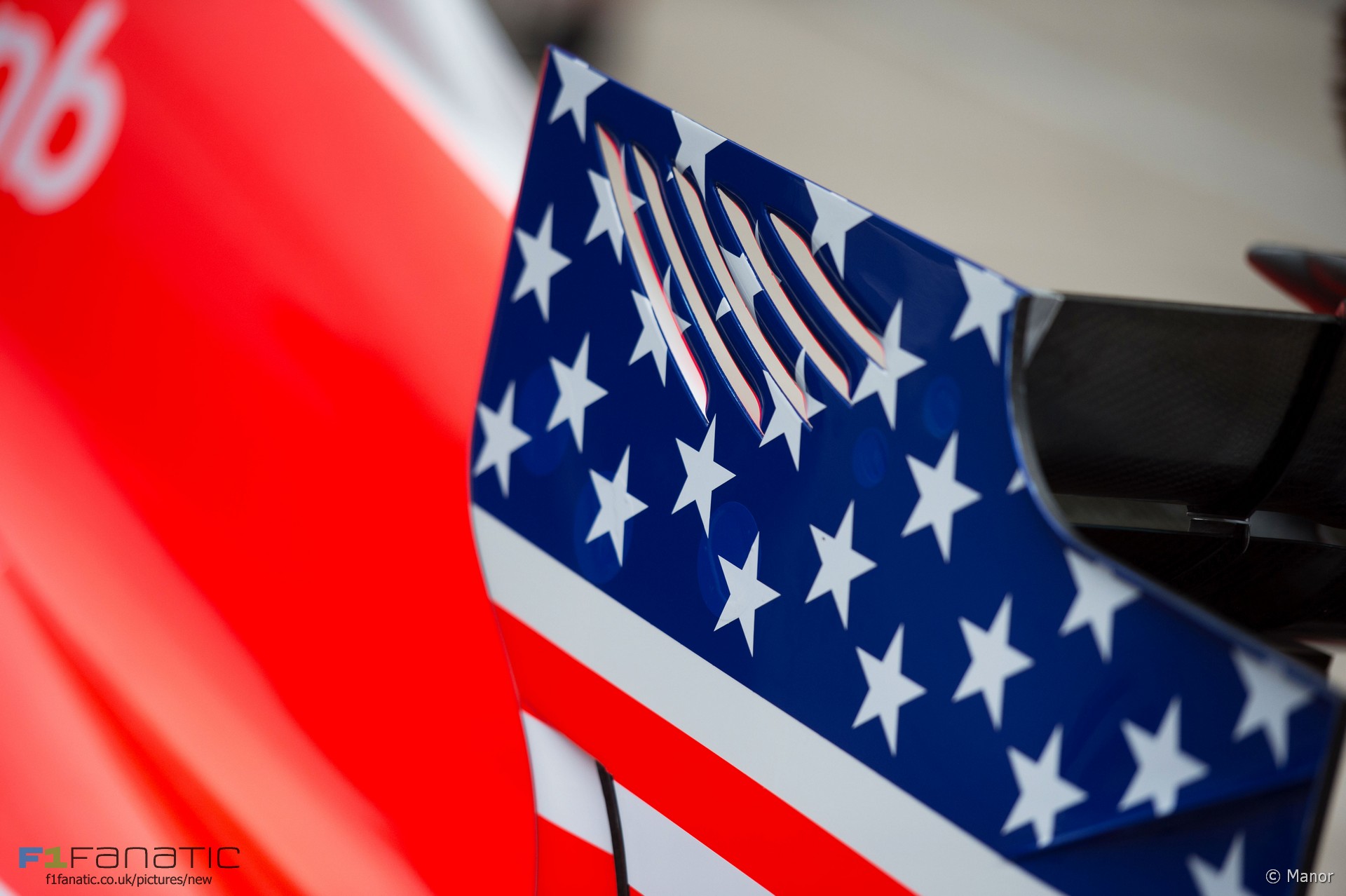 With local drivers taking part in the last three races several regional sponsors were persuaded to add or increase their backing for teams in Mexico, America and Russia.

Russia’s advertising regulations meant many teams had to remove any alcohol branding from their cars. Martini logos were gone from the Williams, although the distinctive stripes remained.

Force India were also affected, whisky company Royal Challenge logos were replaced by NEC on the side of the car, whilst vodka brand Smirnoff was replaced on the rear wing by the Vijay Mallya owned brand Kingfisher. McLaren were the other team that had to alter their car, the logos of whisky company Johnnie Walker were replaced by drink-driving campaign ‘#JoinThePact’, previously seen at the British Grand Prix.

The Manor cars had enhanced branding from local driver Alexander Rossi’s sponsor Alaska Coffee Roasting at the United States Grand Prix. They also ensured maximum attention for the home driver by adding the stars and stripes to their rear wing endplate.

McLaren tweaked the promotion of some of its long-standings partners including Hilton, who recently extended itsbacking of the team until 2019. Its logos appeared on the MP4-30’s sidepods at the US and Mexican Grands Prix and the Exxon brand, parent company of sponsors Esso and Mobil 1, also appeared on the car in the US:

Among the other changes for the United States Grand Prix were Williams swapping their Rexona logos for local equivalent Degree. Lotus moved their Richard Mille logo to the the sidepod during the US Grand Prix and also featured the logo of server provider SOSystems on the car.

Another brand owned by Carlos Slim’s America Movil was added to the Force India at the US Grand Prix in the form of Infinitum, a Mexican internet service provider. Its sister company Telcel, which provides wireless communications, was featured more prominently on the sidepod.

When Esteban Gutierrez drove for Sauber last year the team had many Mexican sponsors. Now they’re mostly gone with the exception of insurance provider Interproteccion, which had a more prominent spot on the car’s headrest at this race.

Williams added some new logos to coincide with the release of a new film about the world’s most famous Martini-quaffer:

Mercedes featured the logo of the Guggenheim UBS MAP Global Art Initiative in front of the rear wheels of its car during the Mexican Grand Prix:

However all eyes were on the crowd’s favourite Sergio Perez and his Force India team in Mexico. They had two new logos on their car: financial services organisation B×+ and construction materials company Cementos Fortaleza both featured on the rear wing end plate.