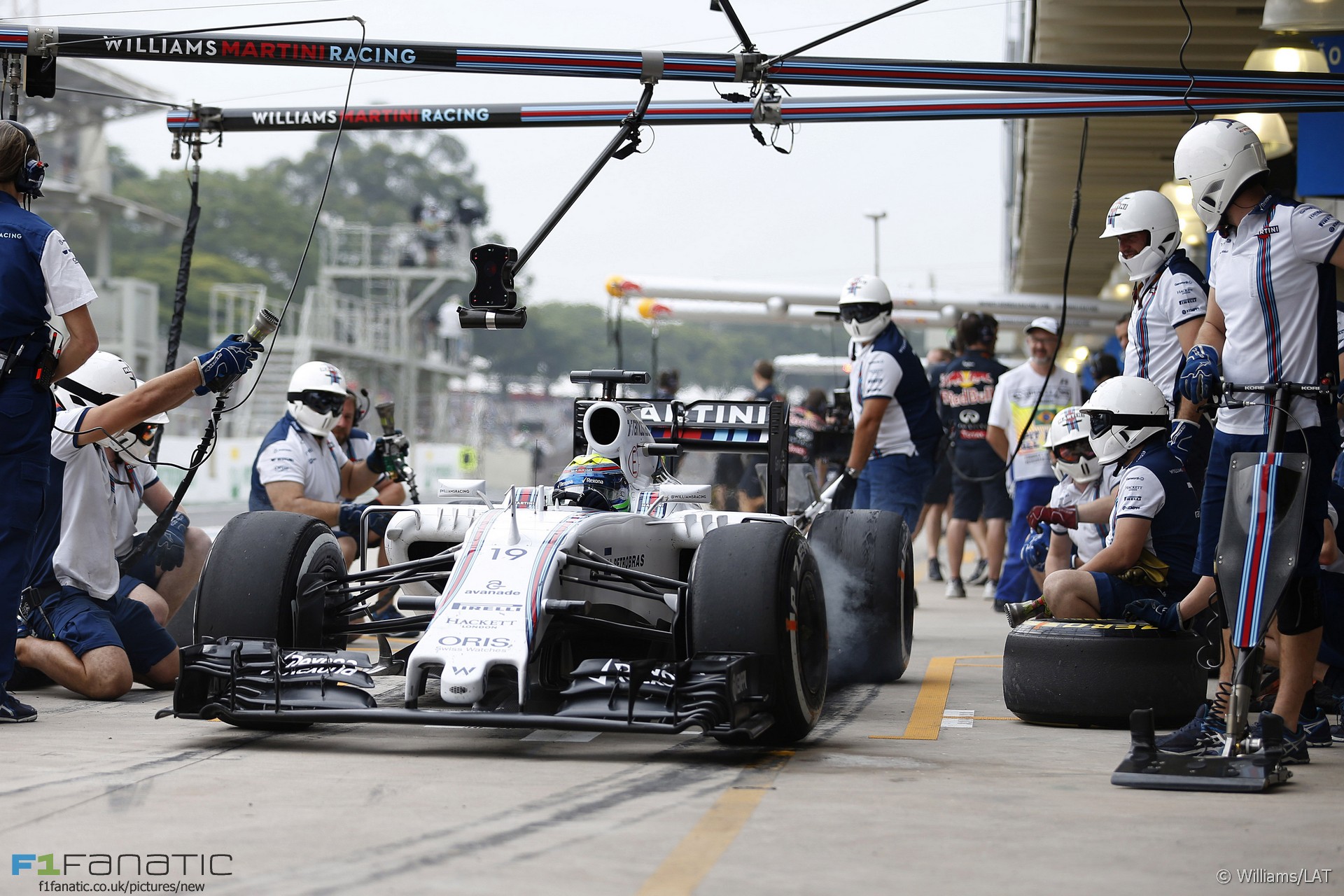 "We are trying to recreate a cliff … the concept is there to try and create a cliff that will come in at 15-18 laps and will get us back to the two and three stops that we’ve moved away a little bit from."

"It is incredibly unlikely that the car will not offer Mercedes a proper challenge."

"After publicly campaigning for a merger with General Motors Co. for most of last year, Marchionne has changed his tune as he prepares to retire at the end of 2018."

"In Barcelona where we qualified fifth and sixth we were second to only one of the Mercedes' in the high-speed corners. So that gives a good indication of how much aero we've got."

"The improvements will be increased gradually. I hope that will already show early season progress."

Column: Want a glimpse of sports' future in 2016? (The Charlotte Observer)

"Hamilton's jet-setting, party lifestyle will blunt his edge this year, opening the door for teammate Rosberg to be crowned world champion."

Sean recalls spectating at a current F1 venue 40 years ago:

The track I really miss the most is the old Osterreichring. The Red Bull Ring as it now is OK but is a pale shadow of its former self.

I was lucky enough to go there for the Grand Prix in 1976 and couple of times in the eighties.

Watching F1 cars hurtle through the ’76 version of Hella Licht and the Bosch Kurve is forever imprinted on my mind. The closest we have to it today is Spa.
Sean Newman

Happy birthday to world champion Lewis Hamilton who is 31 today.