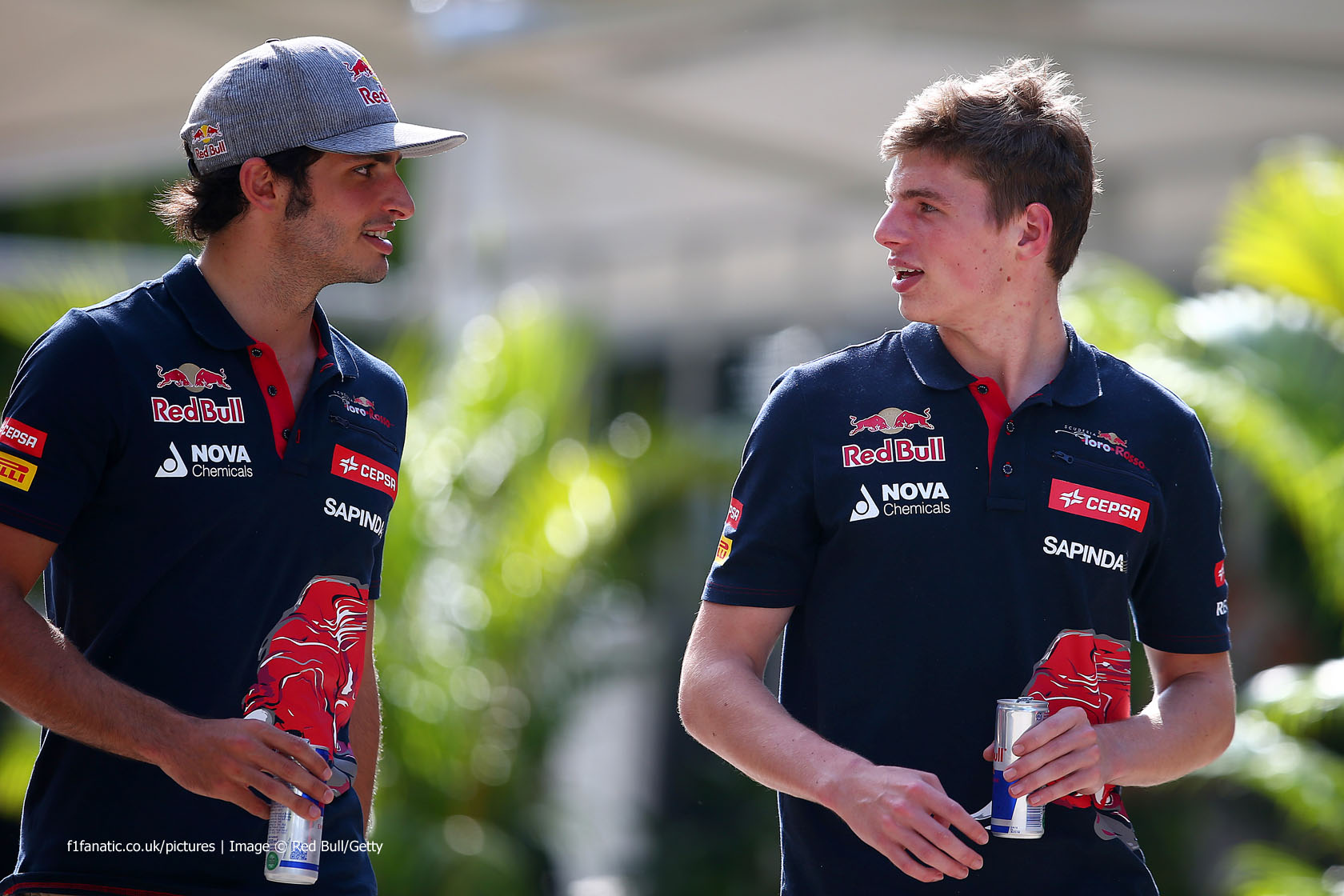 In the round-up: Toro Rosso designer James Key says it will be more useful to compare Max Verstappen and Carlos Sainz Jnr after their second season together in 2016.

"In qualy it's been pretty close between them. Max had the recent good form (he qualified ahead in five of the final seven races), but Carlos was top 10 in his first race, which was good and had a bit of bad luck of late. But comparisons will probably be better drawn next year (2016)."

Susie Wolff to launch initiative for women in motorsport (BBC)

"The Scot, who retired from racing last year, is joining forces with UK motorsport authority the MSA for the scheme."

"Pirelli weren't happy with the teams choosing the tyres everywhere, which is a bit strange."

"An important figure at Mercedes said recently: 'Lewis believes he is three-tenths quicker than Nico but if he isn’t he automatically thinks there is something wrong with his car.'"

A tribute to Tyler Alexander (McLaren)

"Ron Dennis (Chairman and CEO) has paid tribute to Tyler Alexander, one of McLaren’s founding fathers, who sadly passed away on 7th January 2016, at the age of 75."

Max Mosley: "The solution would be rules allowing only two engines per car per season. This would simultaneously double supply and halve costs."

"Broadcast understands that North One Television and Whisper Films, the indie co-founded by former F1 driver David Coulthard and Jake Humphrey, are in the running to produce coverage of 10 live races a season, as well as highlights."

Vettel says there will be a temptation to believe he can challenge for the title with Ferrari this year but says the team have many small steps to take.

Tyler Alexander was a major figure at McLaren whose career spanned the years from Bruce McLaren to Lewis Hamilton. Sad to hear of his death.

Is Lewis Hamilton busier away from the track than other F1 drivers or do we just hear more about it?

Same with Hamilton. Just because we read about him so much on Instagram doesn’t mean he is a ‘part-time racer’. It just means he is active on Instagram, nothing else. Look at Alonso and Button for comparison. While Hamilton has his music, Alonso has his cycling team, Button has his triathlon, all three examples of engagement outside F1 which take up a lot of time and effort. Just that one of these activities is conducive to posting on social networks, other two are not.
Sumedh

Louis Stanley, the former BRM team chief who aided the work of the Grand Prix Drivers’ Association in improving F1 safety standards, died on this day in 2004.

78 comments on “Judge Verstappen and Sainz after second season – Key”