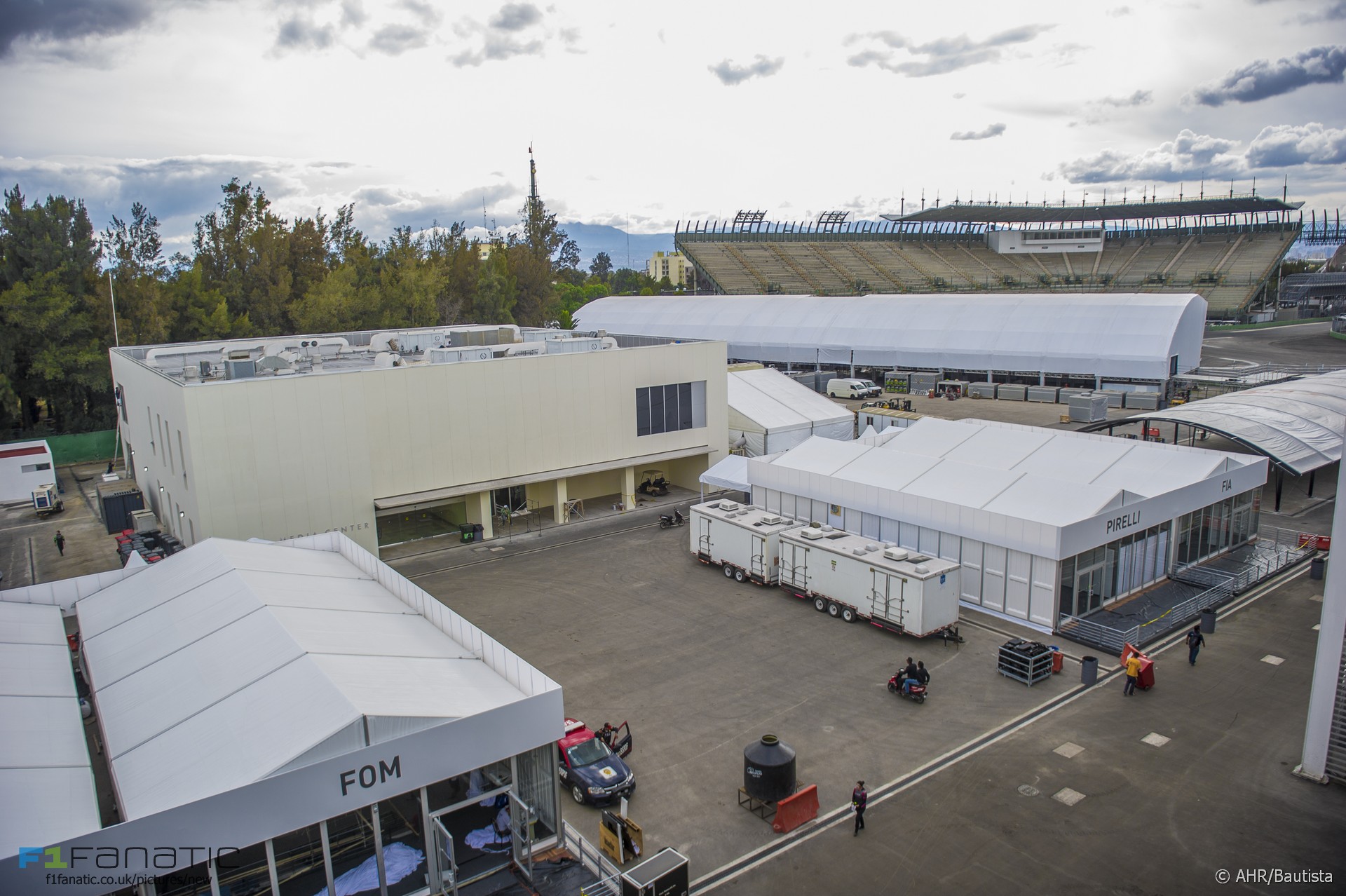 Zach Catanzareti asks a question about how Formula One treats its fans:

Why do you believe Formula One handles their garage areas the way they do?

Do you believe if they made them more open to fans like other motorsports (fan-friendly, less behind-the-scenes stuff) it would attract not only more fans but sponsors?

The level of access fans have at F1 races hit the headlines recently when Silverstone circuit chief Patrick Allen drew an unfavourable comparison between F1 and the World Endurance Championship in terms of how they treat their fans.

“The access that people have (in WEC), unlike Formula 1, is second to none,” said Allen, whose circuit hosts both championships.

“I think F1 can be a bit too precious sometimes and I think a bit more access for the fans who are paying good money to watch their heroes battle it out like gladiators on the track, (and) they want to get up close to these people.”

Buying a retail ticket for a grand prix today will get you trackside but it won’t get you into the paddock, the inner sanctum of the track where the teams’ trailers and motorhomes are set up. Fans’ opportunities to see the drivers and cars up-close are limited to autographs sessions and pit lane walkabouts which are brief and only held at some circuits. Even the corporate guests who pay thousands of pounds to attend Formula One’s Paddock Club do not – despite its name – get free access to the paddock.

It wasn’t always this way, of course. Access to the paddock was originally controlled by the operators of each circuits and tended to be enforced in a rather lax fashion. This was often to the frustration of the teams, who sometimes found essential suppliers such as tyre manufacturers were barred access to the paddock while all manner of hangers-on breezed their way in.

However during the seventies Bernie Ecclestone’s Formula One Constructors’ Association increasingly assumed control for the issuing of passes. This was soon followed by tighter enforcement of the boundaries of the paddock.

For British fans the 1983 British Grand Prix was a milestone: Silverstone’s low, easily-scaled paddock fence was replaced with a much taller construction. The line between the competitors and the fans was now being drawn more sharply, and other tracks soon made similar arrangements.

There was more to this than bloody-mindedness on FOCA’s part: Thefts from garages had become a persistent problem. By 1983 the return of refuelling had increased the danger for those in and around the pits – not that its banning the following year led to the re-opening of the paddocks.

Over the following three decades the norm has been established that F1 fans don’t get to see the competitors up close. While its true that series such as WEC and IndyCar allow fans more paddock access, with the exception of their blue riband events (the Le Mans 24 Hours and Indianapolis 500) they do not attract the same peak audiences F1 races do.

Last year 140,000 fans were at Silverstone on Sunday, Mexico City had almost the same number and several others reported race day crowds in excess of 100,000. Paddock vary in sizes from track to track, but none of them have enough space to accommodate that many people.

Furthermore, consider there will be six occasions this year when the paddock has to be swiftly dismantled on Sunday in order for teams to dash off to a race the next weekend. The process often begins while the race is still going on and as soon as the chequered flag falls lorries and other heavy machinery have to move around the paddock – something which cannot happen in a crush of tens of thousands of fans.

It was in these circumstances that the Williams pit fire occurred four years ago. Imagine how much worse that could have been had the paddock been crowded with fans.

Having said all that, of course I would like to see fans allowed closer access to the teams and drivers. The joyous podium scenes at Monza, Mexico and other circuits shows how F1 is at its best when the fans can be brought closer to it.

But clearly the paddock cannot be open to all fans all time. The question then becomes how many can be accommodated and how best to do it.

42 comments on “Why does F1 shut fans out of the paddock?”