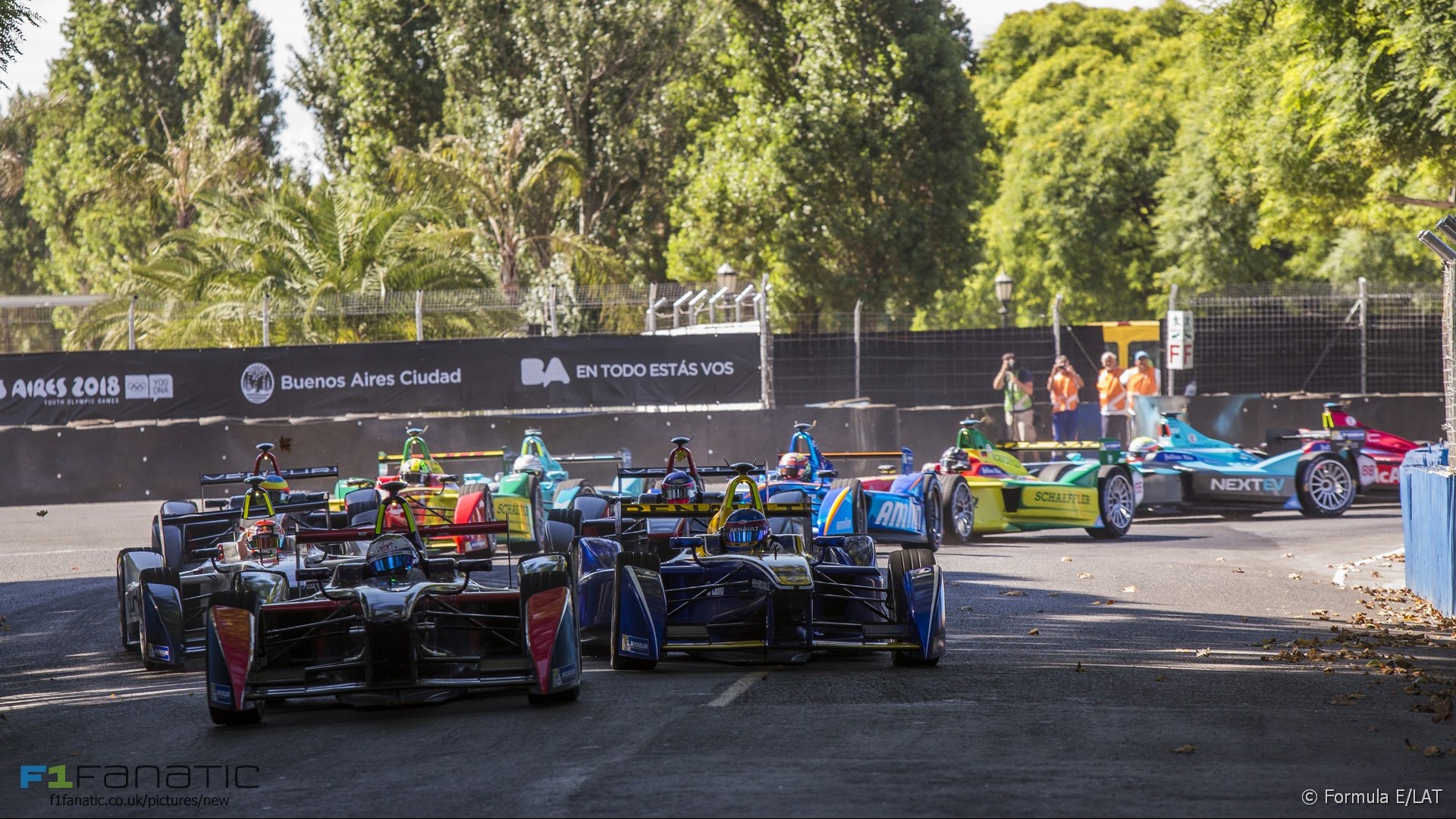 Weekend Racing Wrap is back for 2016. Formula E provided welcome relief from the tedium of the winter with an excellent race in Buenos Aires.

Sebastien Buemi almost won from last on the grid, where he started after a spin during qualifying. The championship leader fought his way through the field, aided by a Safety Car intervention when Antonio Felix da Costa’s car broke down, but Sam Bird had enough in hand to clinch his first win of the year.

Buemi retains the championship lead by four points over Lucas di Grassi, who he demoted to third with eight laps to go.

Lando Norris took victory in the second race of the year but after opening up an 18-second lead in race three (above left) he lost out by staying on slick tyres as rain fell. That allowed Force India-backed 20-year-old Jehan Daruvala in to win from 15th, claiming the historic Lady Wigram Trophy previously won by the likes of Jack Brabham,Stirling Moss, Jim Clark, Jackie Stewart and Jochen Rindt.

Ferdinand Habsburg put his low-level flying incident at Silverstone last year behind him by winning the opening round of the Toyota Racing Series New Zealand at Ruapuna, but hasn’t made it to the top step of the podium since.

Daruvala and Norris took a win each in the next meeting at Teretonga, where Nelson Piquet’s son Pedro took the other race win. Norris kept up his winning run at Hampton Downs but crashed out in the second, reverse grid race (above right). That left Ferrari’s 16-year-old Chinese racer Guan Yu Zhou to take his first win before Piquet added his second.

Norris won two of last weekend’s races at Taupo (below), stretching his points lead over Piquet to 86 with 225 available in this weekend’s finale. Daruvala took his fourth win of the year to go fourth in the standings behind Zhou.

Emerson Fittipaldi’s grandson Pietro claimed victory in the 14-race MRF Challenge championship which began last October. In a series crammed with junior F1 talent Fittipaldi out-qualified Adrian Newey’s son Harrison by three-thousandths of a second in the first race of the final weekend (above), and held him off while Mick Schumacher – son of Michael – fought his way forward.

Fittipaldi repeated the result in the third race of the final weekend at the Madras Motor Race Track in Irungattukottai, clinching the title with a race to spare. Tatiana Calderon finished runner-up in the points with Newey fifth behind Nikita Troitskiy and Alessio Picariello.

What racing action did you watch last weekend? And what else have you had your eye on over the winter? Let us know in the comments.

Next weekend the World Rally Championship continues in Sweden and the Toyota Racing Series New Zealand concludes with the three final races at the Manfeild circuit. What will you be watching?