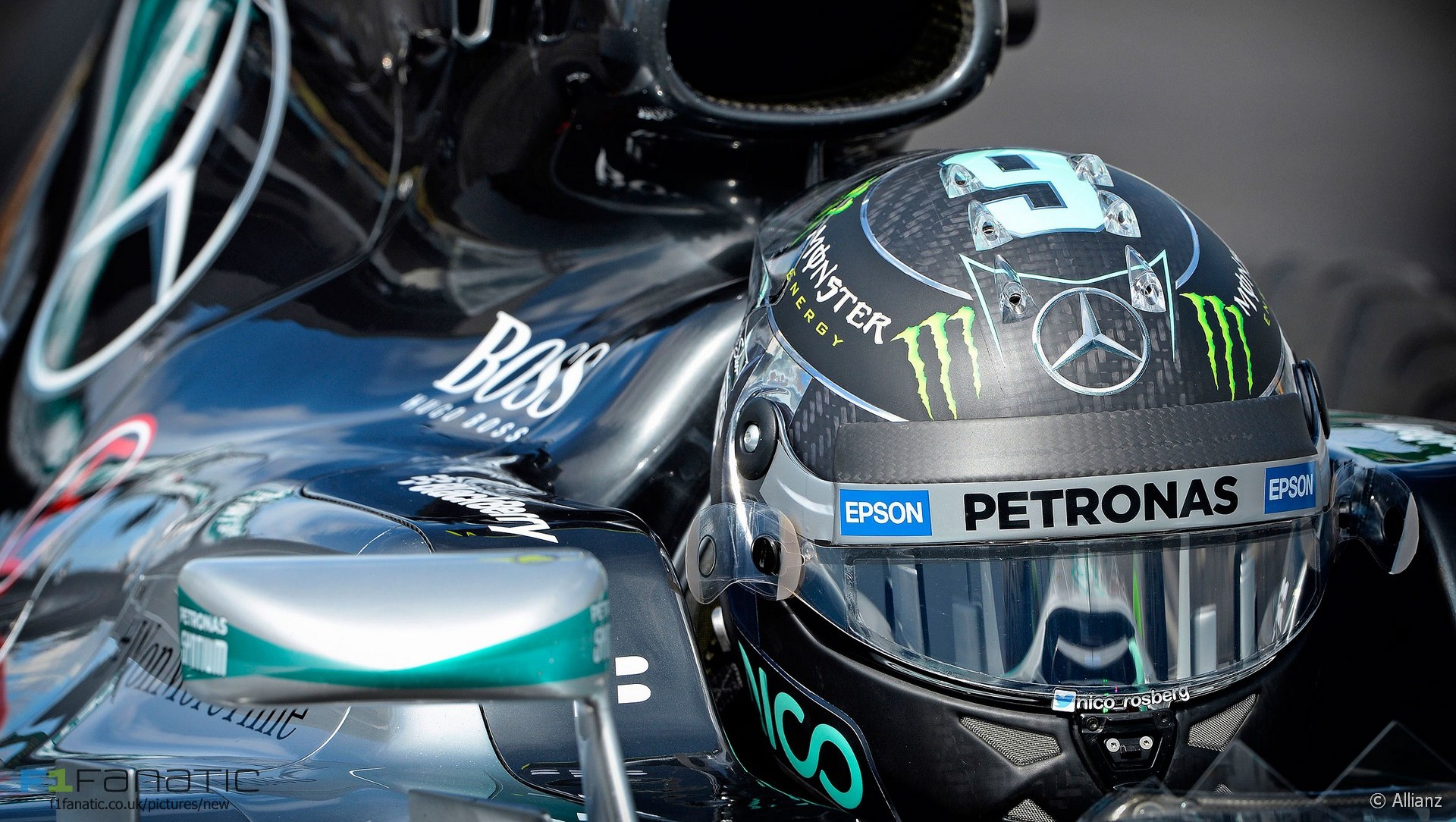 Thomas Embaye emailled in to ask one of the most pressing questions in Formula One at the moment:

What is taking the FIA so long to come up with the idea when drivers like Ayrton Senna, Jules Bianchi and most recently Justin Wilson at Pocono are being killed because they were hit on the head by various debris flying out on track?

Not only would it save lives, but it would be cool to see F1 cars that look like jet fighters. I wouldn’t care if it was ‘against tradition’ like so many fans are saying, because at the end of the day, I don’t want to be the one that died because a tyre hit me in the face. Wouldn’t you?

It seems as though Formula One is on course to significantly increase the amount of cockpit protection drivers have, though for now at least will stop short of covering them entirely.

As Thomas points out, it was the death of Ayrton Senna in 1994 prompted the first steps towards improved driver head protection, as enlarged cockpit sides were mandated from 1996. This gain in driver protection drivers came at the expense of visibility: an example of how making safety improvements in modern times tends to be a case of trading off minor losses for more significant gains.

The 2009 season was a turning point in the debate around cockpit protection. Despite further revisions to the cockpit sides Felipe Massa suffered head injuries when he was hit by a flying spring during qualifying for the Hungarian Grand Prix. A few days earlier Formula Two racer Henry Surtees was killed when he was struck by a flying wheel.

The FIA was urged to consider bolder solutions to the vulnerability of drivers’ heads which included potentially taking the step of doing away with open cockpits. But tests of different solutions revealed the complexity of the challenge involved.

While bulking up the sides of the cockpit in 1996 had impaired visibility, covering the driver’s head with a canopy presented far more problems to solve: ventilation, clearing the screen, potential distortion to drivers’ vision from a curved canopy and aiding the rescue of drivers after a crash.

On top of that there was the question of how successfully the covers would protect the drivers. In the case of Jules Bianchi, who died last year after his car struck a heavy crane at high speed in 2014, the FIA did not believe a canopy would have saved his life.

Opponents of a move away from open cockpits have put forward the view that doing so goes against the tradition of the sport, or that some level of danger is desirable. But this is an argument which could have been invoked against any of the essential safety improvements F1 has made over the decades. It now seems the debate has reached a tipping point, though as has too often been the case in motor racing history, not before more lives have been lost.

Following the deaths last year of Bianchi and former F1 driver Justin Wilson, who was hit by another car’s nose during an IndyCar race at Pocono, F1 drivers have called on the FIA to increase cockpit protection by next year “at the latest”. It also follows several recent near-misses in F1 such as those involving Fernando Alonso in 2012, Max Chilton in 2014 and Kimi Raikkonen last year.

Nor is this just a problem which F1 needs to solve, as the drivers have already noted. Junior categories have seen similar near-misses: Lloyd Read in Indy Lights, Oliver Rowland in Formula Renault 2.0 and Sergio Perez in Formula BMW are just a handful of examples.

For F1, the preferred solution stops short of covering the cockpit completely, as in the case of LMP1 World Endurance Championship cars. It would involved placing a bar above and around the drivers’ heads – already nicknamed a ‘halo’ – with a support strut in front of them. As was the case in 1996, this will involve further trade-offs in terms of visibility and, arguably, aesthetics.

As the structure will not involve placing a screen in front of the drivers it remains to be seen how effective it will be – and whether it will be sufficient to keep F1 from one day enclosing the cockpits entirely.

Should Formula One enclose the drivers’ cockpits? Join in the ongoing F1 Fanatic poll here:

86 comments on “When will F1 introduce closed cockpits?”