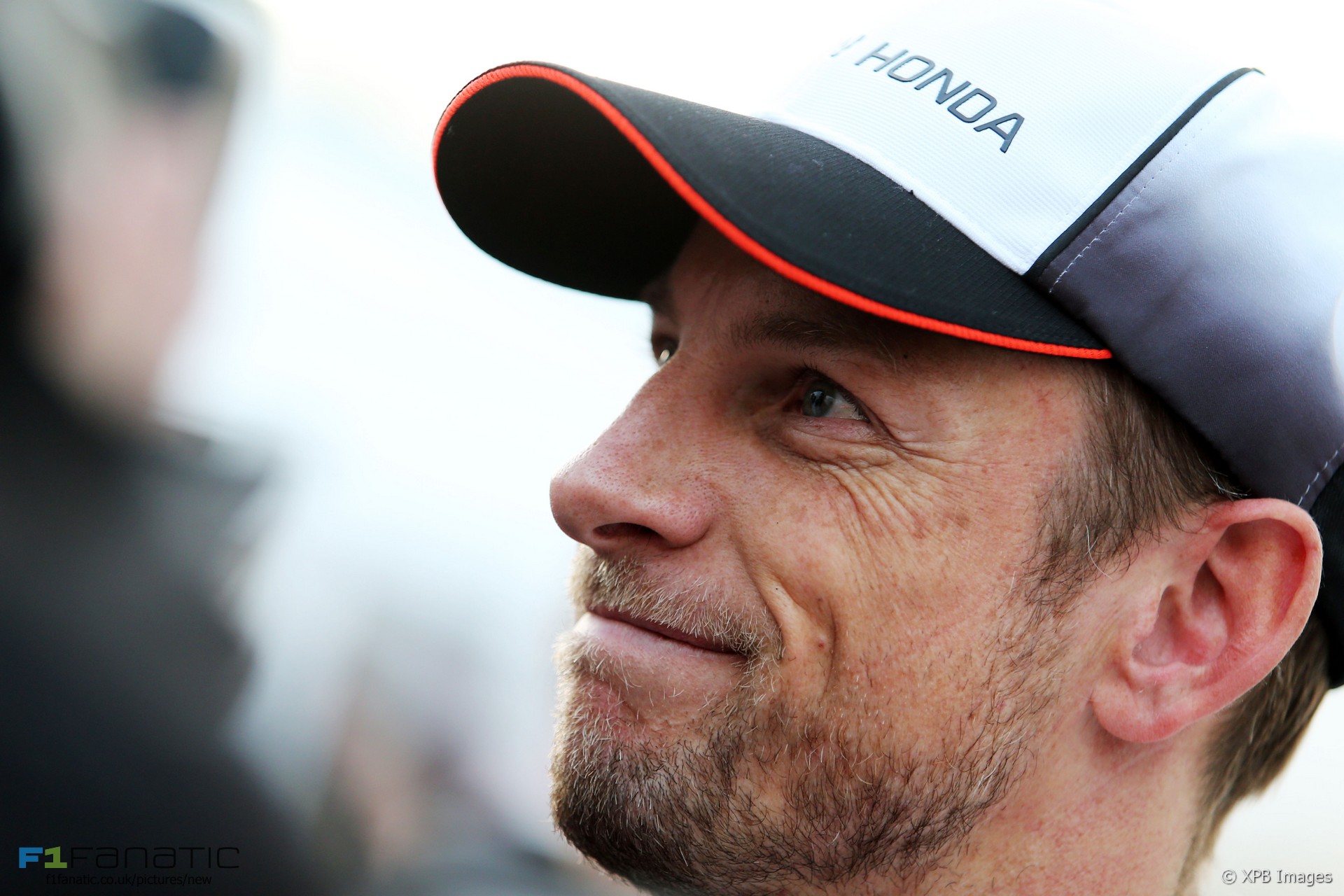 Jenson Button says the McLaren-honda MP4-31 has addressed one of the fundamental shortcomings of last year’s car but still sees room for improvement.

The first version of Honda’s V6 hybrid turbo power unit left Button and team mate Fernando Alonso vulnerable on long straights where it could be as much as 200bhp down on its rivals with full energy deployment. However Button says progress has been made in this area.

“Today has been all about system checks and trying new things,” he said, “there are lots of differences with this car, and with the engine.”

“The stand-out thing that’s been very positive today is the deployment: it’s been very consistent throughout the day, we had no issues, and it was quite a bit better on long runs than last year.”

“This is good, because it allows us to see other weaknesses in the car that we still need to improve.”

Button set the sixth-fastest lap but also covered 84 laps which is 18 more than a race distance and significantly better than the team managed 12 months ago.

“We completed five more laps today than we did in the first four days of testing last year, which is definitely an improvement,” he added. “As long as we can see improvements, and the feeling of the car is good, it’s something to build on.”