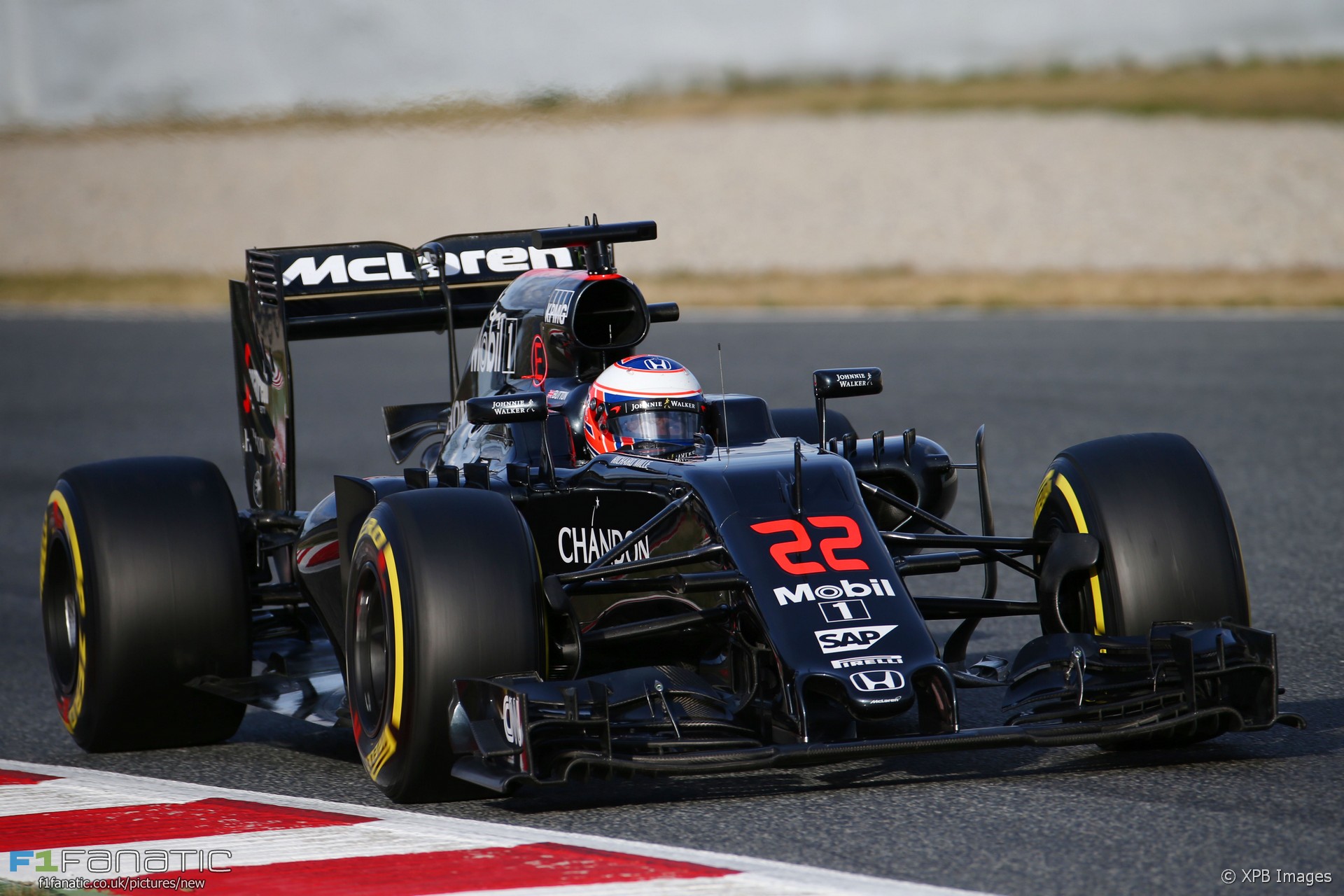 Jenson Button described Honda’s latest power unit development as the largest step they have made so far.

“This is the biggest improvement in the power unit that I’ve felt in the last 14 months,” said Button.

“The progress with the deployment has been massive – Honda has done a great job over the winter and we’ve had no reliability issues with it during testing so far.”

Button completed 121 laps today – the most McLaren has managed on a single day so far – while the team concentrated on set-up work for the first race of the year. He was briefly delayed by a suspension problem before the lunch break.

The team’s test hasn’t been entirely trouble-free – Fernando Alonso was limited to just three laps last Thursday due to a coolant leak. However McLaren has amassed over 2,100 kilometres of running in the six days so far – more than it managed in the twelve days of pre-season testing last year.

“The package seems to be running smoothly and you can feel a difference from last year, which is positive,” Button added. “There’s still a lot of work to do over the two days we have left, for us to feel that we are really ready for the first race.”

“In terms of the electronics and understanding the driver switch settings for the race start, that’s all sorted, but we haven’t done a lot of the more general set-up work, in order to really fine-tune the car.”

McLaren has set the sixth-fastest time of testing so far, just under two seconds off the benchmark set by Sebastian Vettel’s Ferrari last week.

8 comments on ““Biggest improvement yet” from Honda – Button”