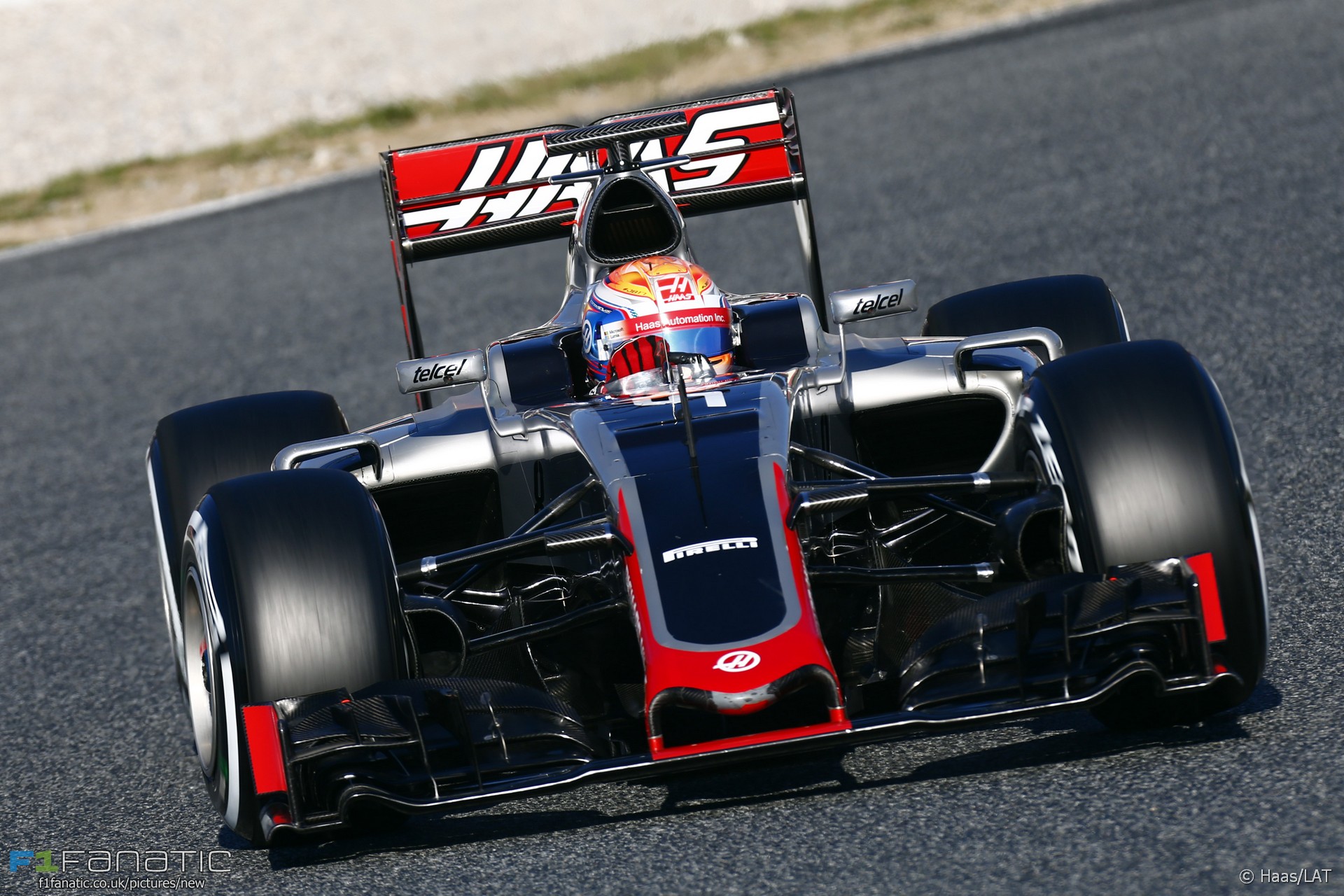 Formula One has been bereft of good news stories in recent months. But the appearance of its first new competitor in six years is a positive development eagerly anticipated by many.

However the fact only one of the four new teams which were granted entry in 2010 remains in the field – Manor, formerly Virgin – underlines the huge challenge facing this American team.

By producing a car and running it for 31 laps on the first day of testing they have already accomplished far more than the last American entrant into F1. US-F1 folded before their planned 2010 entry got off the ground.

For its F1 debut Haas has exploited rules which did not exist then. Reading the rulebook closely, team chief Guenther Steiner has minimised the number of parts built by the team, sourcing the rest from Ferrari.

This prompted a request from Mercedes to FIA to rule on the legality of their co-operation. The FIA duly gave the team the OK on the morning of the Abu Dhabi Grand Prix, but it serves to illustrate how aggressively Haas has pursued this approach – one which could become a model for other new teams in the future.

Crucial to the team’s success is how well its multi-site configuration functions. The team is headquartered at Kannapolis in North Carolina, in a purpose-built facility alongside that which the Haas NASCAR team operates out of. But its F1 car has been built by Dallara in Italy, and between races the cars will be serviced at its ex-Marussia base in Banbury.

With just eight days of real-world testing before the season began, Haas could scarcely afford any problems. However early impressions have been fairly positive.

The team suffered a front wing failure in testing but swiftly had an interim fix in place which allowed them to keep plugging away. The second week of running was hampered by power unit problems.

Nonetheless the VF-16 logged over 2,200km in total meaning the team are better-prepared for the first race than several of their predecessors have been in recent seasons.

Not since Toyota’s megabucks F1 entry has a new team come into Formula One and scored points in its first season – and that was back when only the top six places counted. Can Haas prove new teams can be competitive from the off? On the face of it Grosjean has made an oddly-timed decision to leave his former team and throw his lot in with the newcomers. Renault’s support brought him into F1 in the first place yet Grosjean chose to jump ship just as the French manufacturer chose to return.

Realistically whichever option he took Grosjean would have known that 2016 is unlikely to see him competing at the sharp end. With many expecting a vacancy at Ferrari to open up when Kimi Raikkonen moves on (or is moved on), Grosjean may have positioned himself very cleverly as the lead driver in the team which is likely to be in the spotlight. Arriving in F1 with Sauber in 2013 was too much, too soon for Gutierrez. After a productive season on the sidelines at Ferrari he now returns with one of their customer teams and his objective is clear: he needs to ‘do a Massa’. His Sauber predecessor’s career-saving 2004 campaign must be the model for Gutierrez in 2016.

Gutierrez could scarcely be paired with a more suitable driver than Grosjean: another graduate of ART’s junior teams who was lucky enough to get a second shot at F1. If Gutierrez can keep his experienced and rapid team mate in sight he can secure his future in the sport.