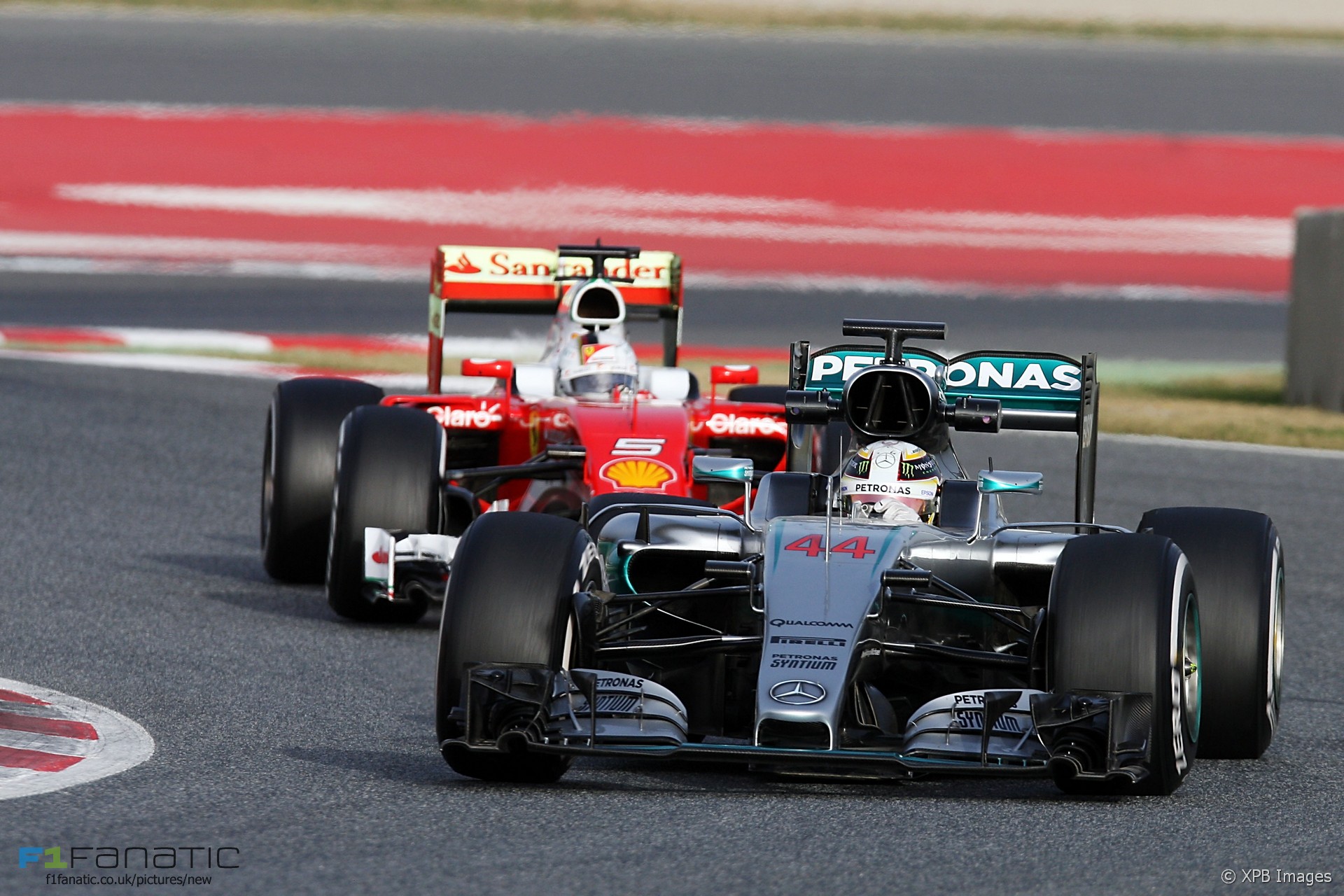 Lewis Hamilton is convinced Ferrari have reduced the gap to Mercedes since the end of last season.

The two teams ran different plans in pre-season testing, making it difficult to compare what gains the two might have made. But Hamilton, speaking at a Mercedes event in Stuttgart, said the Italian team’s pace had been “impressive” during the eight days of running at the Circuit de Catalunya.

“Ferrari have caught up,” said Hamilton when assessing his chances of the retaining the championship he won in the last two seasons, “and Nico [Rosberg] is always a strong opponent”.

“I believe that we have a good car, but Ferrari were posting some impressive times during the tests – both on the fast laps and on longer runs. We are certainly in for a good fight, but after all that’s exactly what everyone wants.”

Rosberg also said Ferrari “looked very strong in testing” but added Mercedes “don’t yet know where we stand compared to the opposition”.

“I never thought that we would be driving quite so many kilometres in preparation,” said Hamilton. “We were with the team yesterday and congratulated everyone involved on this great Silver Arrow.”

49 comments on ““Ferrari have caught up” – Hamilton”