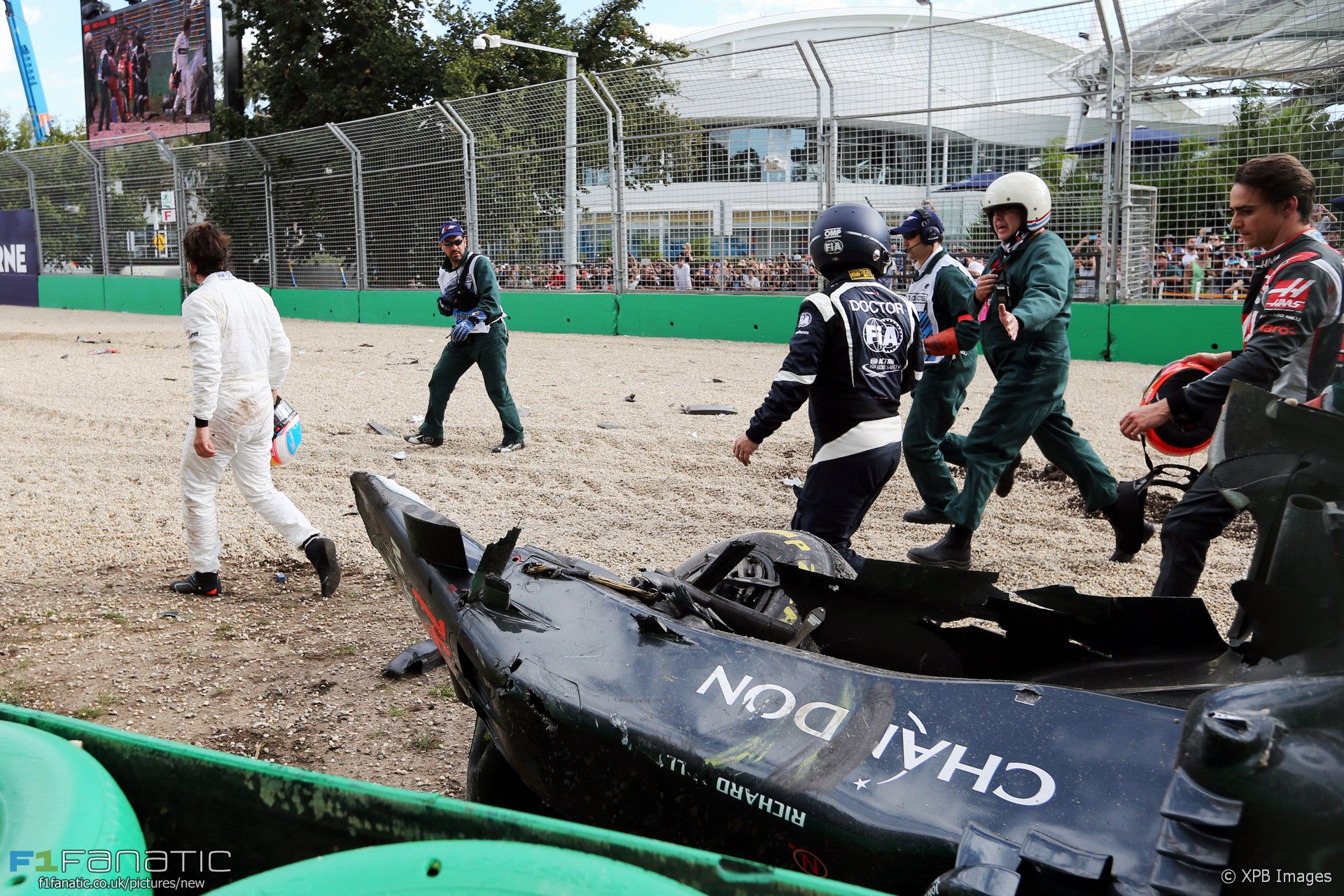 Jenson Button says Fernando Alonso’s crash during the Australian Grand Prix would not have been a greater cause for concern if cars were fitted with a Halo device.

Alonso’s heavily damaged car came to a rest on its side next to a barrier. Though he was able to climb out, this might be more difficult in a similar accident involving a car with a Halo.

However Button pointed out “there was no need for him to get out in that situation”.

“There’s more safety risk of things hitting our head than anything happening when the car’s upside-down,” Button told reporters after the race. “It’s very unusual there’ll be an issue with fuel spillage or anything like that because you have the safety cell and the way the fuel tanks are, it won’t happen.”

“Better to have the Halo system, they would tip the car over to get him out, of course, takes a bit longer, but he was OK so it doesn’t matter.”

Kimi Raikkonen, who tested the Halo device earlier this month, experienced a small airbox fire when he retired his Ferrari during the race. He did not believe the Halo would present a problem in this scenario.

“It makes no difference, we can still get out of the car,” he said. “It was a small fire, things happen sometimes.”

Button said Alonso’s crash was a reminder of the dangers of Formula One.

“I didn’t see the incident, I saw the red flag and the team said both drivers are OK,” he said. “And I thought it was strange to have a red flag and I saw Fernando walking away.”

“And then I saw the incident. I’m amazed that he did walk away, I think it proves how far we’ve come with the cars in terms of safety.”

“As it proved there’s still a lot of possible danger, especially in a braking zone it’s always the worst because the closing speed if one car’s braking and the other isn’t is massive and that looked like what happened. A slight misjudgement by one of the drivers, tyres touch and it just becomes a bullet then when the suspension’s not on the car any more.”

54 comments on “Halo not a concern for Alonso crash – Button”