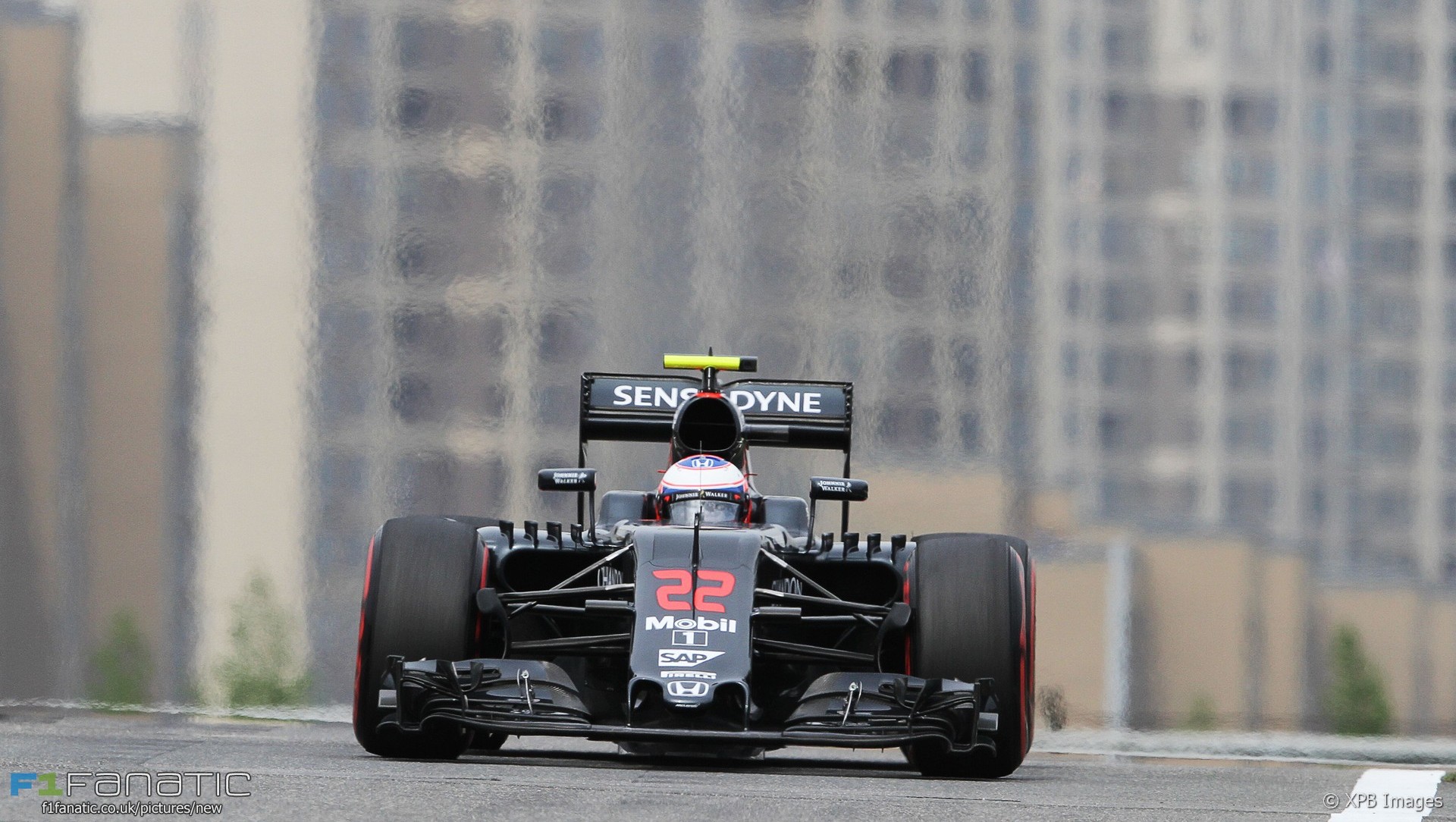 Jenson Button says the tyre pressures Pirelli is requiring teams to use this weekend are too high.

F1’s official tyre supplier has specified minimum pressures of 23psi at the front and 20psi at the rear for this weekends race.

Button told Sky: “I think everyone’s really struggling with the tyres out there, with the graining and overheating. The minimum pressures are very high so it’s tough for everyone out there.”

“They’re massively high,” he added. “The tyres overheat pretty much immediately. It’s quite a big issue, especially on the longer runs.”

“So it’s just trying to find the best way of getting around it really which I’m not doing a good job of, I don’t think. I don’t think anyone is, it’s very difficult.”

Button added he is pessimistic the drivers might be able to have the pressures reduced.

“I don’t think there’s anything we can do about it,” he said. “They’ve risen a lot over the last year.”

“I think they were 19 or 18 last year, they’ve gone up by 4psi which is massive. And that’s before you leave the pits, before they go through the roof. It’s tricky and that’s probably why you see the cars floating around a lot more, not stuck to the road and you can’t carry speed.”

The McLaren ended practice 11th and 12th, but Button believes they have the potential to move up the order.

“Set-up-wise, it’s OK,” he said. “Still room for improvement on the long runs. But also on the lower-fuel runs I think we’re more competitive than it looks.”