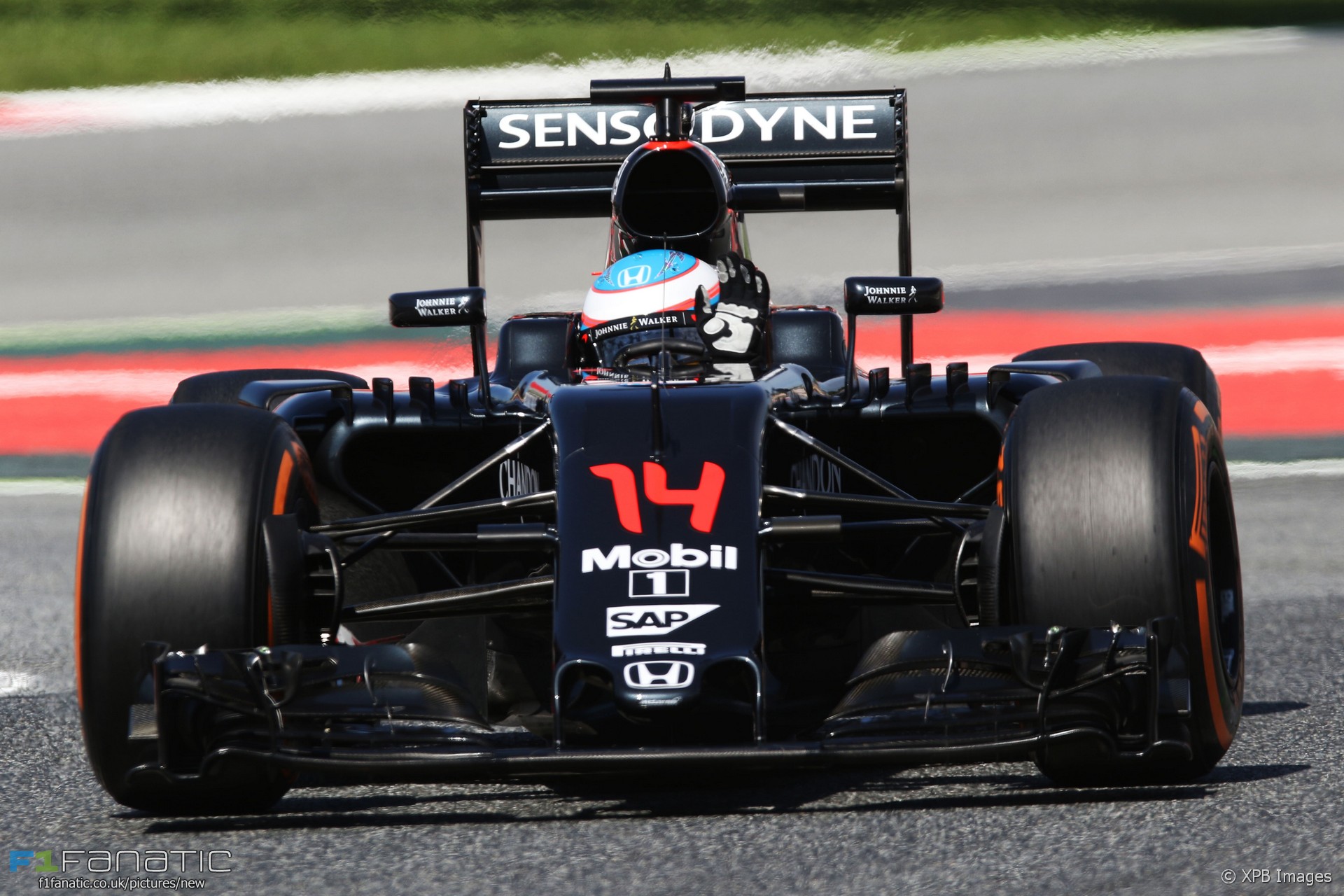 Fernando Alonso says McLaren deserved to reach Q3 earlier than they did after he took one of the team’s cars into the top ten for the first time in their current association with Honda.

“Today is the first time in a long while that I haven’t watched Q3 on television,” he remarked.

“But, in truth, we probably deserved this result a couple of races ago,” Alonso added.

As he will line up tenth on the grid Alonso is likely to be the lowest qualifier who will start the race on used tyres, putting him at a strategic disadvantage. Alonso admitted this may make points-scoring difficult.

“That’ll require some thought because, for the first time this year, we’ll be starting on used Q2 tyres – we don’t have a free choice, which is a slight handicap that we’ll look to recover somehow.,” he said.

“Nonetheless, we should be thinking about moving forwards tomorrow and doing that here is usually all about the start and the pit stops.”

“Put it this way – I don’t think we’ll see too much overtaking tomorrow. That means we really need to focus on the start, and then look after our tyres because degradation is likely to be a factor.”

Jenson Button didn’t make the cut for the final ten and said he wasn’t entirely happy with his car’s handling.

“My car has been suffering from a loose-feeling rear end which isn’t how I like it to feel because it means I can’t fully commit into corners,” he said. “I tried my best, but driving around that handling characteristic has never been my strong point.”