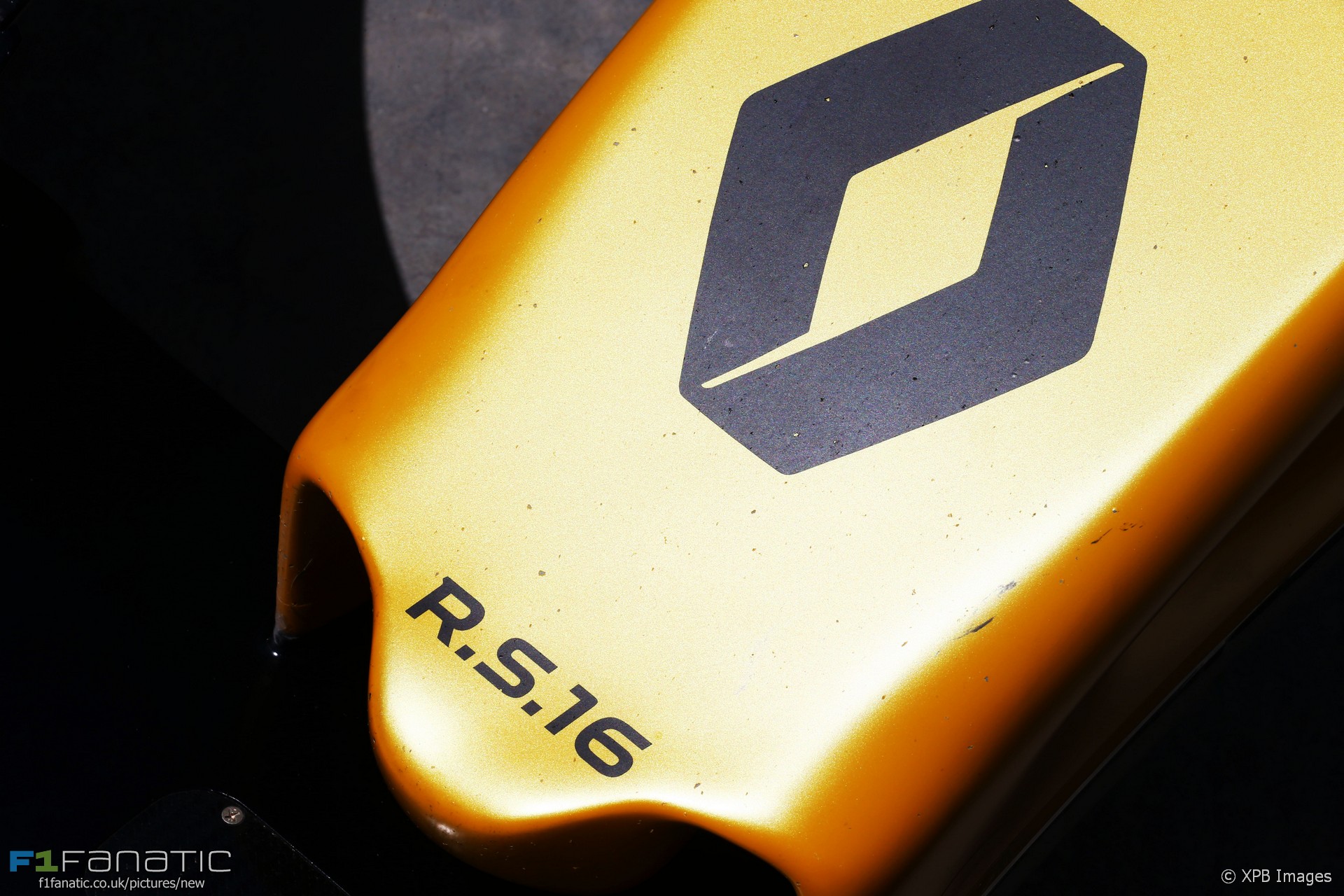 Team mates Max Verstappen and Jolyon Palmer will have to wait until the next round in Canada to get their hands on the upgraded power units. Renault originally planned to introduce the upgrade at the Montreal race.

According to Renault’s Remi Taffin the upgraded power units are worth as much as half a second per lap. The new version includes changes to the combustion system and a more powerful internal combustion engine.

Verstappen, who ran the new engine in testing last week, says the upgrade is a “very positive step”.

“I felt very comfortable with it. It’s very positive that we gained so much because it’s not so easy to find that out of the car. I’m looking forward to using it in Canada.”

26 comments on “Ricciardo and Magnussen get Renault upgrades”