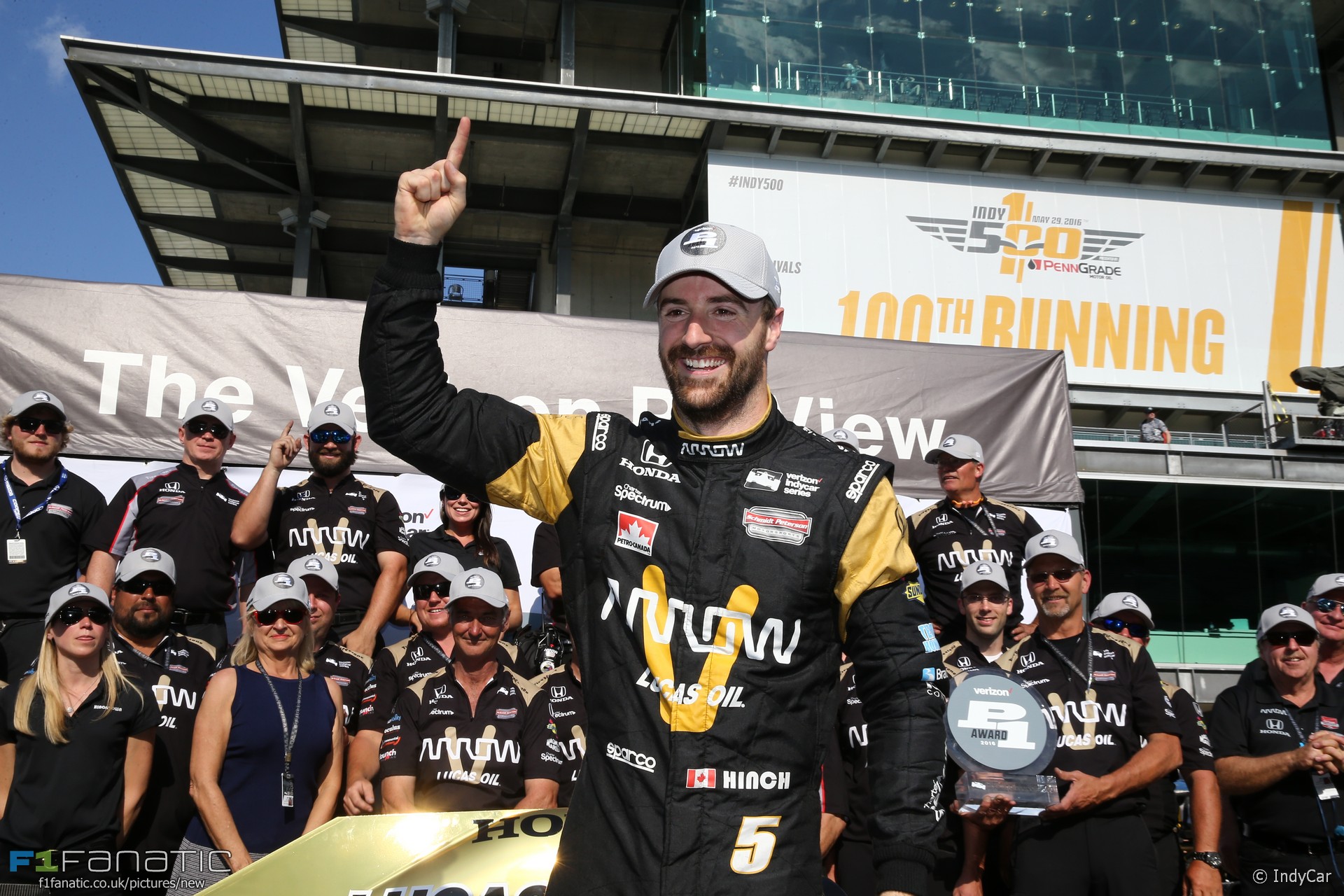 The one hundredth running of the Indianapolis 500 deserved a fitting story. And in James Hinchcliffe’s return from injury to take pole position for the race, it got one.

The popular Schmidt driver was left clinging to life after a vicious crash during practice last year forced a suspension arm through a femoral artery. He returned to the cockpit at the start of this season and dominated proceedings in qualifying last weekend, going quickest on both days.

On Sunday he will lead a 33-car field to the green flag in front of a capacity crowd at Indianapolis Motor Speedway. But then comes the much greater challenge of still being in front 200 laps later.

IndyCar’s regular 22-car field has ballooned as usual to ensure a traditional field for its blue riband race. But even some of the one-off entries have genuine shots at victory. Townsend Bell in his Andretti-run car starts on the second row and Hinchcliffe’s team mate Oriol Servia has qualified strongly too.

The Penske and Ganassi cars which have won seven of the last ten Indianapolis 500s can be expected to come to the fore. Juan Pablo Montoya’s record at Indianapolis is extremely strong and last year he recovered from an early setback to take victory from team mate Will Power with a stunning pass in the closing stages.

While none of the Ganassi drivers made it into the top nine shoot-out for pole position, expect them to have a superbly honed car for the race. Scott Dixon’s fuel-saving craft will make him a contender, particularly if the race is short on caution periods.

But with five different teams taking victory in the last five editions of the race it proves you can look well beyond the usual suspects for a potential winner. Graham Rahal may be languishing down in 26th on the grid but Montoya was even lower down than that at one stage last year.

This is a gruelling race: the fastest ever edition still took two hours and 40 minutes to run. The opening stages are all about ensuring your car is in shape for the frantic final run to the flag and having the wisdom to know when to reach for the adjustment bar and when to let the track conditions come to you.

And then, when the final laps are ticking down, to make the big moves which could secure victory in a special edition of a very special race.

Here’s how the field lines up for the 100th Indianapolis 500.

For those in the UK the Indianapolis 500 will be broadcast live on BT Sport. I will be part of the British commentary team alongside Ben Evans and Oliver Webb providing continuous coverage throughout the green-flag running. Coverage starts at 3:30pm on Sunday and the race begins at 5:12pm.

As with every round of the IndyCar championship we’ll be following all the action on F1 Fanatic Live as well.

Who’s your tip for victory in the 100th running of the Indianapolis 500? Have your say in the comments.