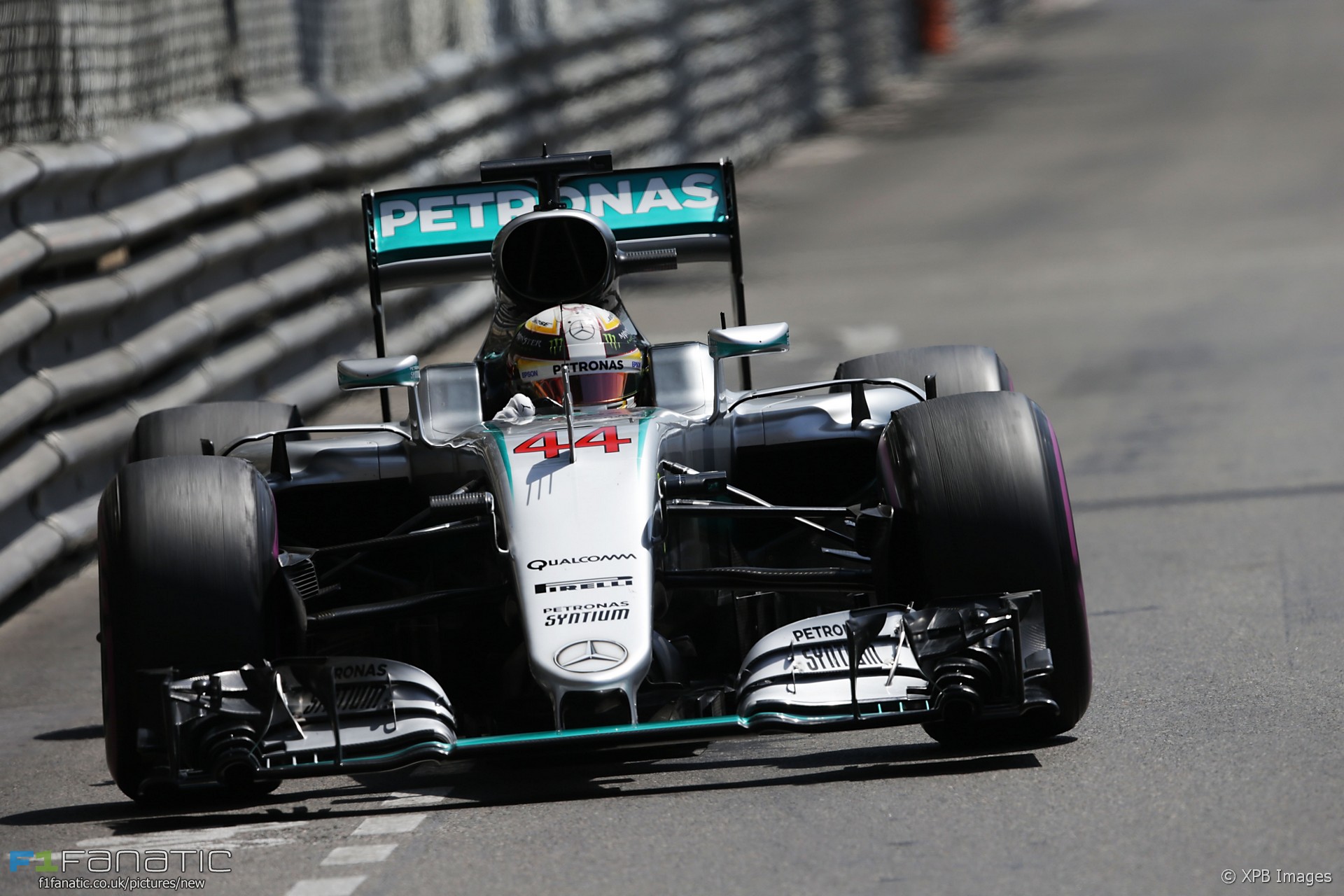 Lewis Hamilton says pole position was his for the taking after he qualified on the second row following an engine scare during qualifying for the Monaco Grand Prix.

The Mercedes driver looked to be in danger of failing to set a time in the final shootout when he alerted his team to a loss of power when leaving the pits, but managed to attempt a lap in the dying minutes after Mercedes appeared to fix the problem.

“It was a difficult qualifying,” admits Hamilton.

“I don’t know what to say at the moment. The good thing is that I did get out to do a lap at least. It wasn’t as bad as some of the races I’ve been in in that respect of the engine problems, so I’m grateful to be up in third.

Hamilton was quicker than Ricciardo’s pole time in the second sector, but lost three tenths in the final sector to confine him to third on the grid.

“Obviously pole was there for the taking, but nonetheless I’ll do what I can tomorrow in the race to salvage what I can from today’s result,” says Hamilton.

“It’s done and dusted. I’m starting third tomorrow, so I’ll do what I can from there.”

Hamilton admitted that he was surprised by Red Bull’s decision to start the race on the super soft compound after setting his quickest Q2 time on the harder tyres.

“Unless his strategist knows something we don’t,” says Hamilton. “Obviously they’ve done a great job. I think that’s definitely going to be the best tyre. They obviously knew they had the pace, so good for them.”

“Unfortunately, these tyres are so hard – even though we have super soft and ultra soft – it’s so hard that it’s going to be an easy one stop for everyone, most likely. So there’s nothing you can do with strategy. I don’t think it’s going to make much difference.

“You can’t overtake here, so I don’t know what’s going to happen tomorrow. Hopefully we might have some rain, who knows.”