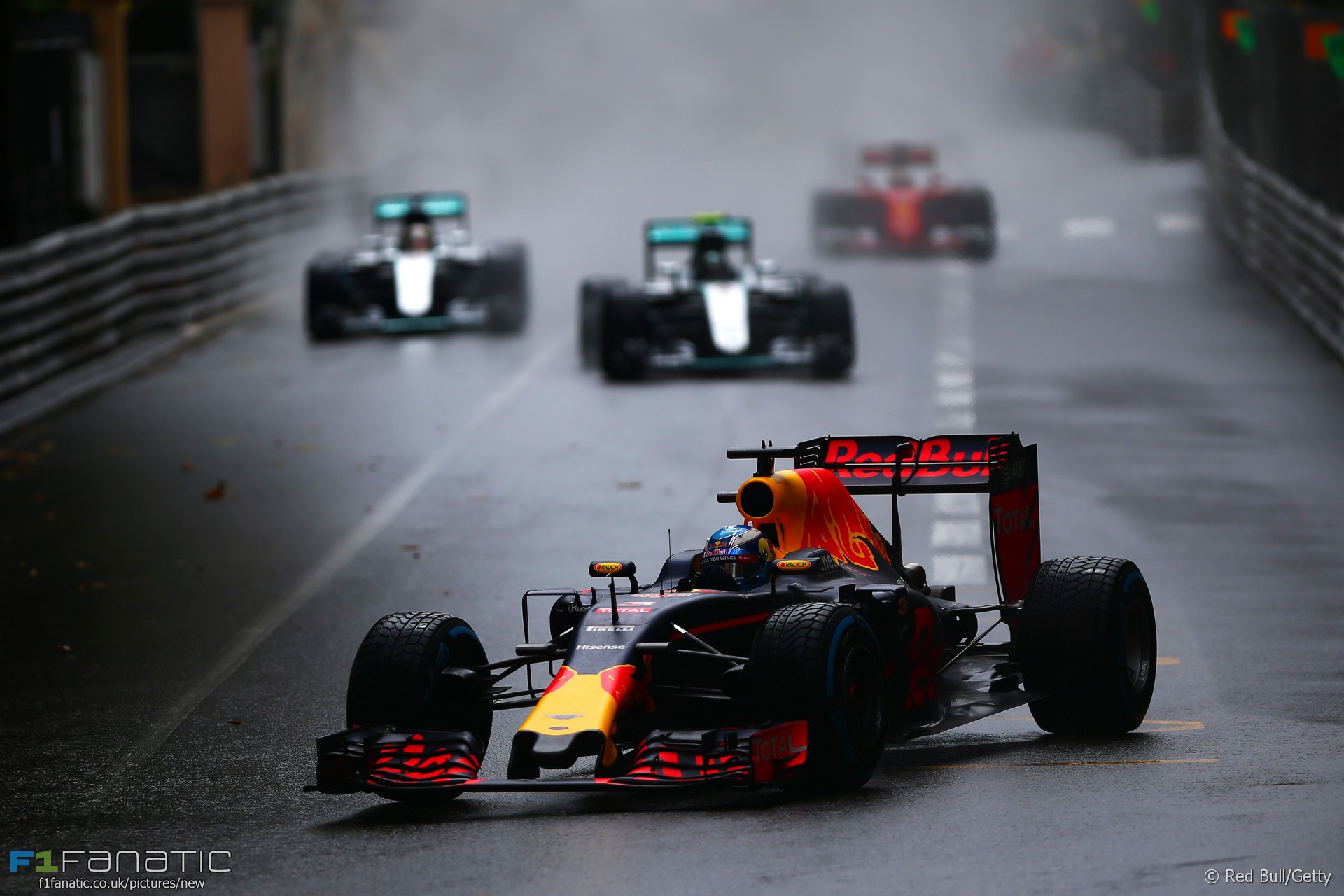 Daniel Ricciardo won Driver of the Weekend for the second time in 2016 after narrowly missing out on victory in the Monaco Grand Prix.

The Red Bull driver took pole position for the race and seemed on course to win until a slow pit stop dropped him behind eventual winner Lewis Hamilton.

Almost half of you picked Ricciardo for Driver of the Weekend after he out-paced the Mercedes in practice, beat them to pole position and looked on course for victory in the race.

However for the second weekend running he made one more visit to the pit lane than was ideal – and the second one was ruined by a slow tyre change. That destroyed his chances of returning to the lead in front of Hamilton.

Ricciardo tried everything he could to reclaim the lead at a circuit where overtaking is notoriously difficult. But he had to settle for second place, and was clearly deeply unhappy at losing a likely win for the second grand prix in a row.

One of those days where I find myself gobsmacked by the level of talent in Formula 1; anyone who manages to get through a wet Monaco Grand Prix in one piece has surely earned their money. But as for the top dog, it’s the same as Spain for me – Daniel Ricciardo. Superb qualifying lap, in the perfect position to win but was ultimately let down by the team. Again. His performance in those opening laps was stunning.
@Jackysteeg

The obvious winner, practice, qualifying and race all had superb performances from him. If this was Team of the Weekend voting, that would have been a different situation altogether.
Ashwin (@Redbullf1)

He did everything perfectly. He owned the field, and he’d have won by miles if it wasn’t for that pit stop blunder.

Even losing ten seconds in the pits, had him come out right alongside Hamilton, which shows how fast he was in that in-lap.

Red Bull are usually razor-sharp with strategies, they’ve missed an open goal with Ricciardo here. Last race it was a tough call, and he had difficulties moving on from that. I wonder how this one will affect him: it’s not everyday that a win at Monaco is presented at you like this.
@Fer-no65

The two drivers who shared the podium with Ricciardo – race-winner Hamilton and Sergio Perez – also fared well in the voting:

The heroic bit [for Hamilton] wasn’t going out on dries but staying out on wets for so long. They clearly weren’t the right tyres for the conditions, but Hamilton managed to keep it out of the wall and kept Ricciardo behind him.
Adam Blocker (@blockwall2)

I loved seeing Hamilton win since I’m an unashamed super-fan, but I couldn’t look past Perez. His drive was stunning.
Chris (@Tophercheese21)

And McLaren equalled the best result of their current association with Honda, which several of you thought deserved rewarding:

I voted for Alonso. Q3 and fifth place should not be overlooked in that dog. A touch of class fitting for McLaren’s 50th anniversary.
@John-h