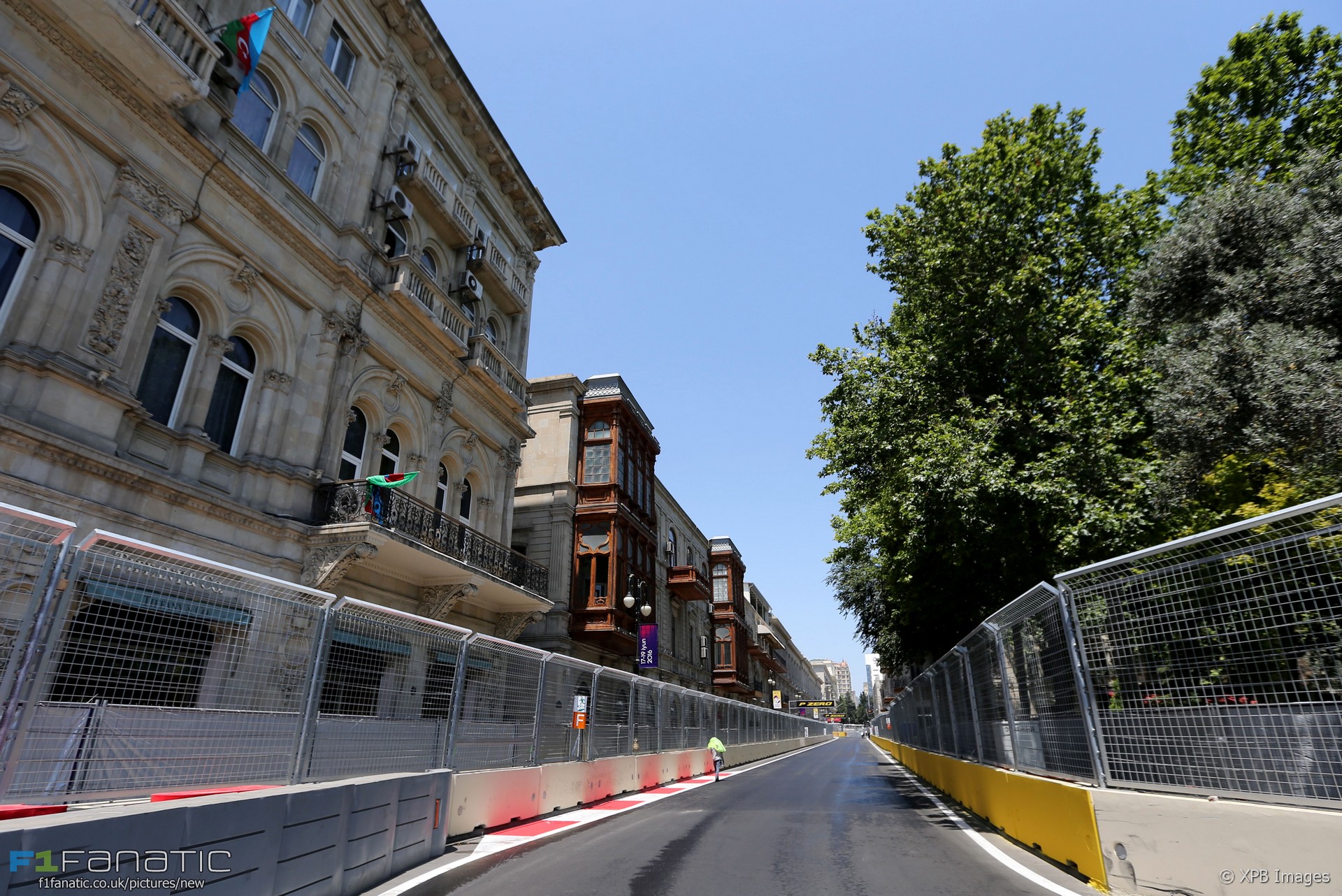 Jenson Button believes there is too little run-off on at least three corners around the Baku City Cirucit.

The McLaren driver expressed surprise at the configuration of some corners around the Azerbaijan track given the changes which have been made at other circuits in recent years.

“We’re moving forward on safety in pretty much every circuit we drive on,” Button told Sky at the track on Thursday. “Monaco has improved a lot considering it’s a street circuit and you’re very limited for space.”

“And then you come here and there are probably three corners that don’t have any run-off area, or very limited run-off area. Especially turn seven.”

Button expressed doubt that the corners could be made safer given the lack of room to alter the layout of the course and warned that a car failure, such as a loss of brakes, stuck throttle or wing damage, could cause a serious accident.

“I don’t know really what else to say. They’re not places that you can improve it either because there are buildings in the way.”

“It’s fine if no one hits the barriers there and we’ll have a great race. But if we have a failure or something it’d be very bad. I don’t know what the FIA can do really.”