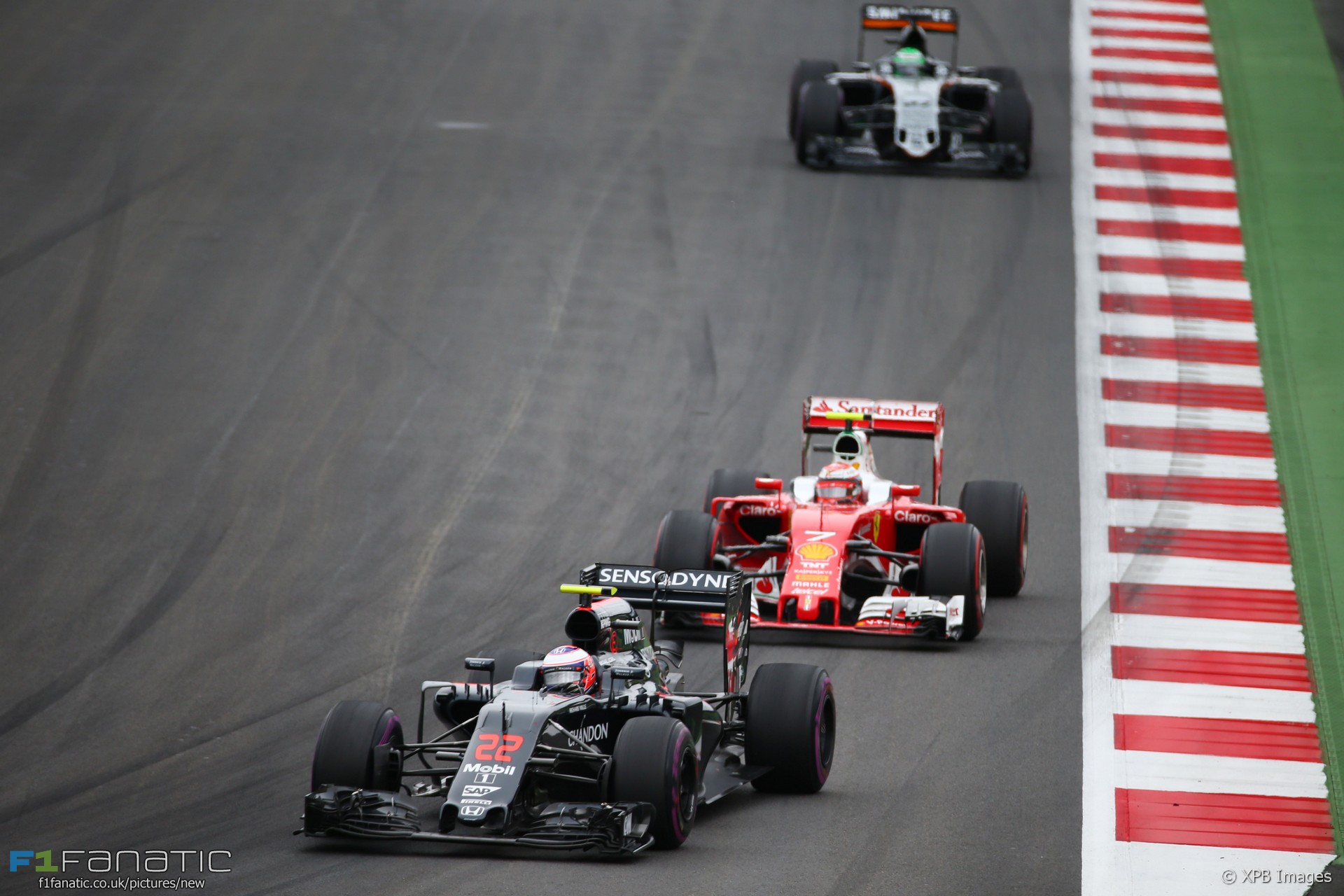 Jenson Button enjoyed a fantastic race to sixth position in the race. He made a quick start to take second on the opening lap and ran behind Lewis Hamilton for seven laps before being passed.

“I couldn’t hold it any longer than that. As soon as one gets past they just all come past, they’re overtaking in places you just would not expect… who overtakes out of turn three and turn four?”

He explained that a lack of straight line speed and raw power was to blame, “it’s just the way they can drag past us, it’s way too easy.”

Button was still very happy to collect eight points to draw within four points of Toro Rosso ahead in the standings. “To come home sixth, it’s much better than we had hoped. I think we thought that eighth was probably on the cards.”

He was also pleased to be able to battle the cars around him “To beat Willliams, to beat Haas, to beat Force India – It’s a good day!”

11 comments on “Sixth “much better than we had hoped” – Button”