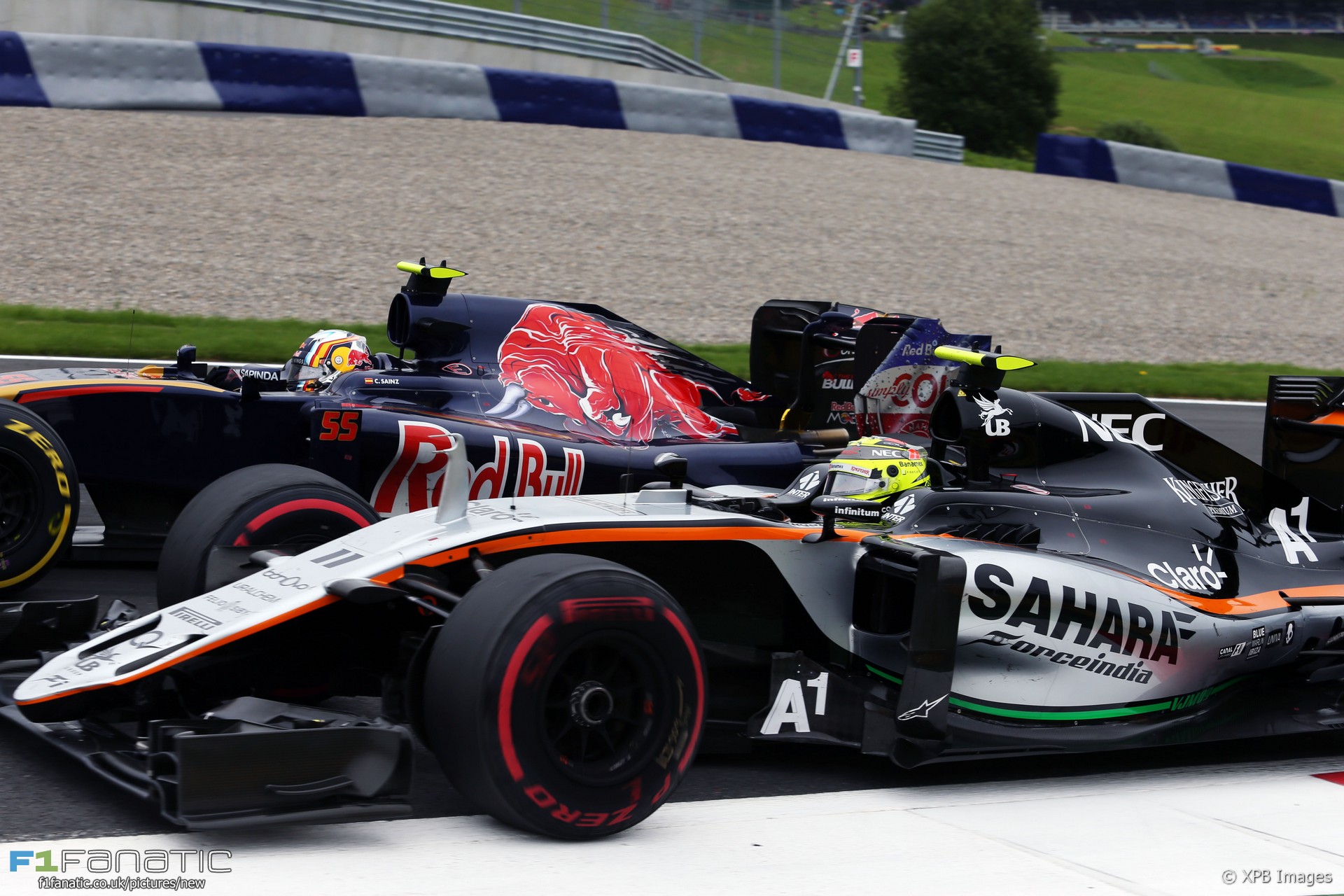 Sergio Perez has revealed his retirement from eighth place with two laps to go was due to brake failure.

In the post-race interviews he rued his luck, saying that “Reliability has hit us this weekend; yesterday with the suspension, today with the brakes”.

Perez told his team on the radio he had “no warning at all” of the upcoming failure, as he sailed through the braking zone at turn three into the barriers.

He continued, sounding downcast “It’s a shame because those points were in our pocket, we could have taken a good amount of points out of Williams today”.

Perez had managed to bring his car into a points paying position by running 43 laps on his final set of soft tyres and making use of his superior straight line speed to make a number of passes on track.