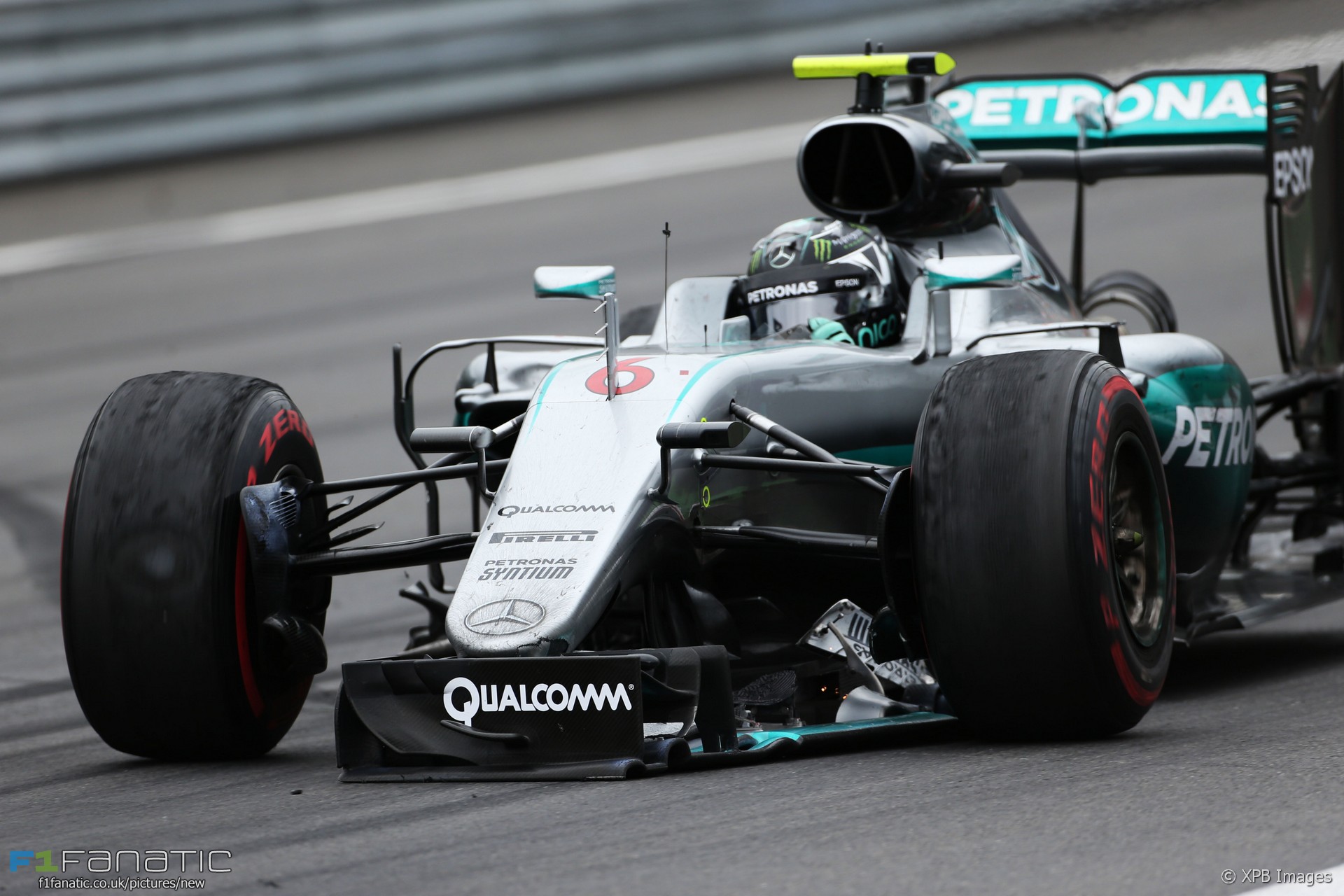 Nico Rosberg has been handed a ten second post race time penalty for his role in the last lap crash with Lewis Hamilton, along with two penalty points on his liscence.

The stewards ruled that “it was apparent that Car 44 (HAM) was in front of Car 6 (ROS) – i.e more than fully alongside – and that the driver of Car 44 could have clearly made the turn (T2) on the track, if not for the resultant collision”

The penalty does not affect the overall classification of the race, as Rosberg finished 14.271 seconds ahead of Daniel Ricciardo in fifth position.

The incident caused extensive damage to Rosberg’s front wing and he limped over the line, having been passed by Max Verstappen and Kimi Raikkonen. Hamilton was able to rejoin the circuit and take the victory.

Toto Wolff has tried to calm the situiation by saying that he was “not going to try and put blame more on one side than the other; it always takes two to tango and, as we have said before, this should not happen between team-mates”

The team will attempt to “let the emotions settle before we sit down and discuss our next steps”, which he had already admitted earlier might involve the imposition of team orders.

Rosberg also received an official reprimand for continuing to drive around the circuit with a damaged car, as this contravenes Article 22.11 of the Formula One Sporting Regulations, which “requires a driver with serious mechanical difficulties to leave the track as soon as it is safe to do so”.