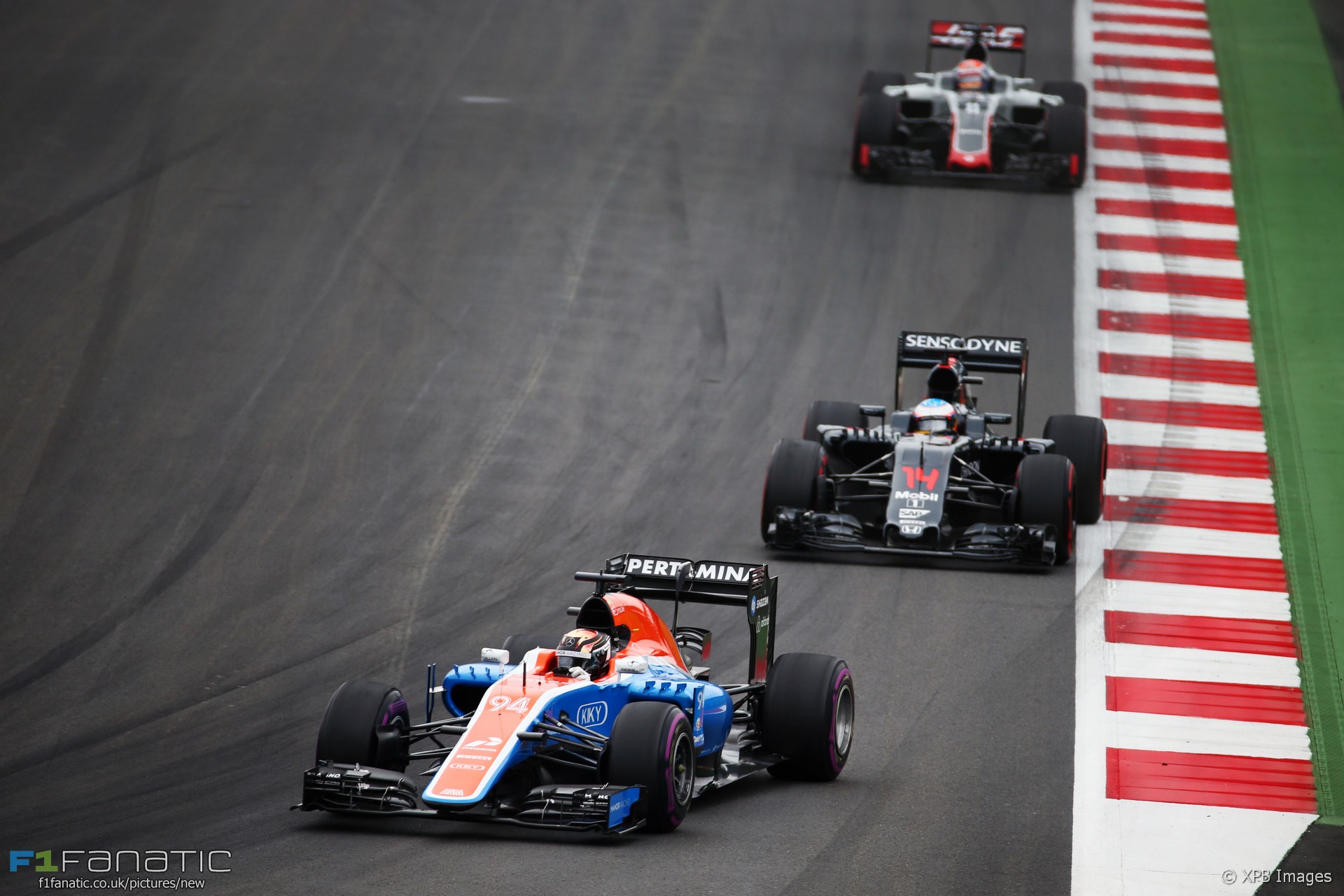 Pascal Wehrlein was relieved to score Manor’s first points of the year despite reversing on the grid prior to the start of the race.

He delivered the second points finish in the history of the team, which came into F1 as Virgin six years ago.

However Wehrlein admitted he “nearly messed it up before the race started” after lining up in the tenth-place grid slot left vacant by Felipe Massa instead of his own.

Reversing on the track is not forbidden by the regulations except in the pit lane – which Lewis Hamilton fell victim to in Bahrain this year.

His progress was stalled and at one point found himself trailing the pack. “We were a bit unlucky with our second pit stop because we needed to box earlier than the other guys, then unfortunately the safety car came out, so that meant that I was lapped and last. To finish the race in the points from there is incredible”

The single point for tenth position moves them ahead of the Sauber team, the only team to have not yet scored in 2016.