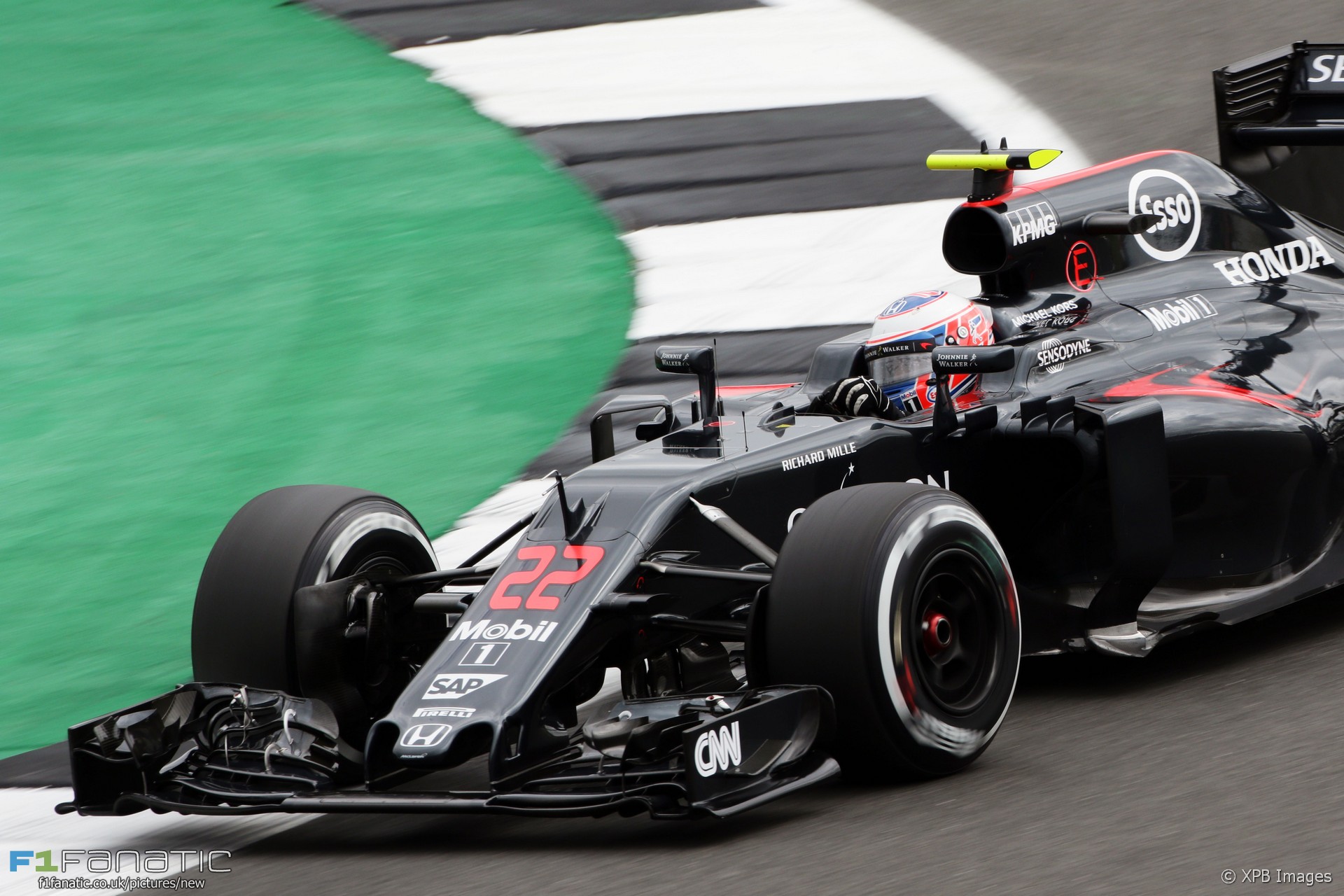 Jenson Button says a problem with his car’s rear wing led to him being eliminated in Q1 at Silverstone.

“It hasn’t been a lucky weekend for me so far,” rued Button after qualifying 17th for his home race.

“One of the rear-wing end plates became detached from the floor on my first flying lap in Q1, and the rear end of the car slowly deteriorated for the remainder of the lap.”

“It happened into turn eight [Woodcote], which is where the high-speed corners start, and where you need downforce, so I’m surprised I even did the lap time I did, to be honest.”

“We tried to fix it in order go out again for a second run, but sadly we ran out of time.”

Button says his hopes rest on the weather taking a turn for the worse tomorrow.

“Still, I’m smiling because it is what is. We’ll deal with it, and we’ll come out of it stronger. I’ll be hoping for rain and something unexpected to happen in the race, and I’m still aiming for points tomorrow.”