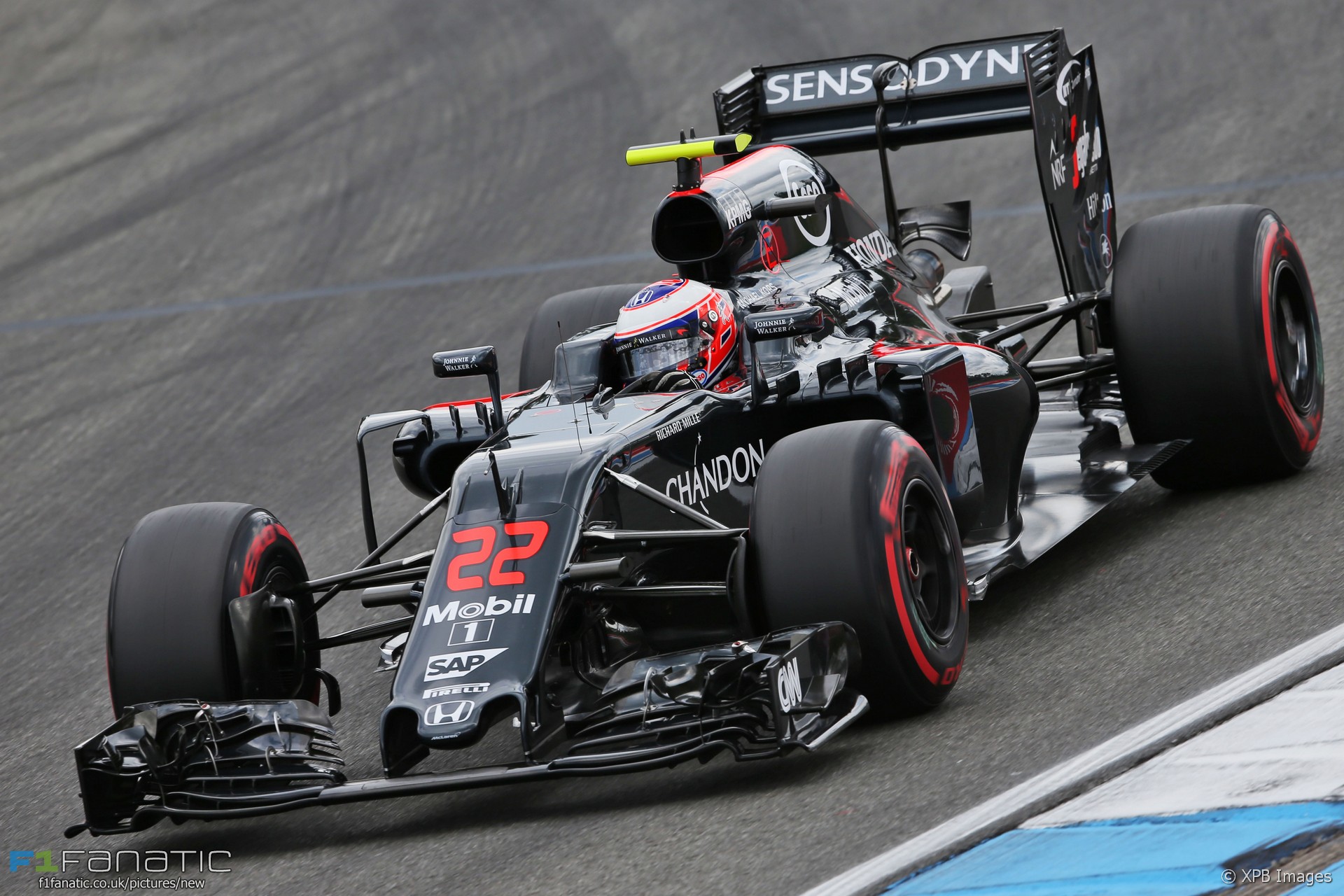 Jenson Button says he is “all good” to return to action tomorrow after being taken to hospital due to an eye problem which occurred during practice today.

The McLaren driver was taken to hospital in Mannheim after complaining of a problem with his eye during today’s second practice session at the Hockenheimring.

After leaving the hospital Button said on social media he was “on my way back to Hockenheim from the Mannheim hospital for an eye examination”.

“Foreign body found and removed,” he added. “All good for tomorrow”.