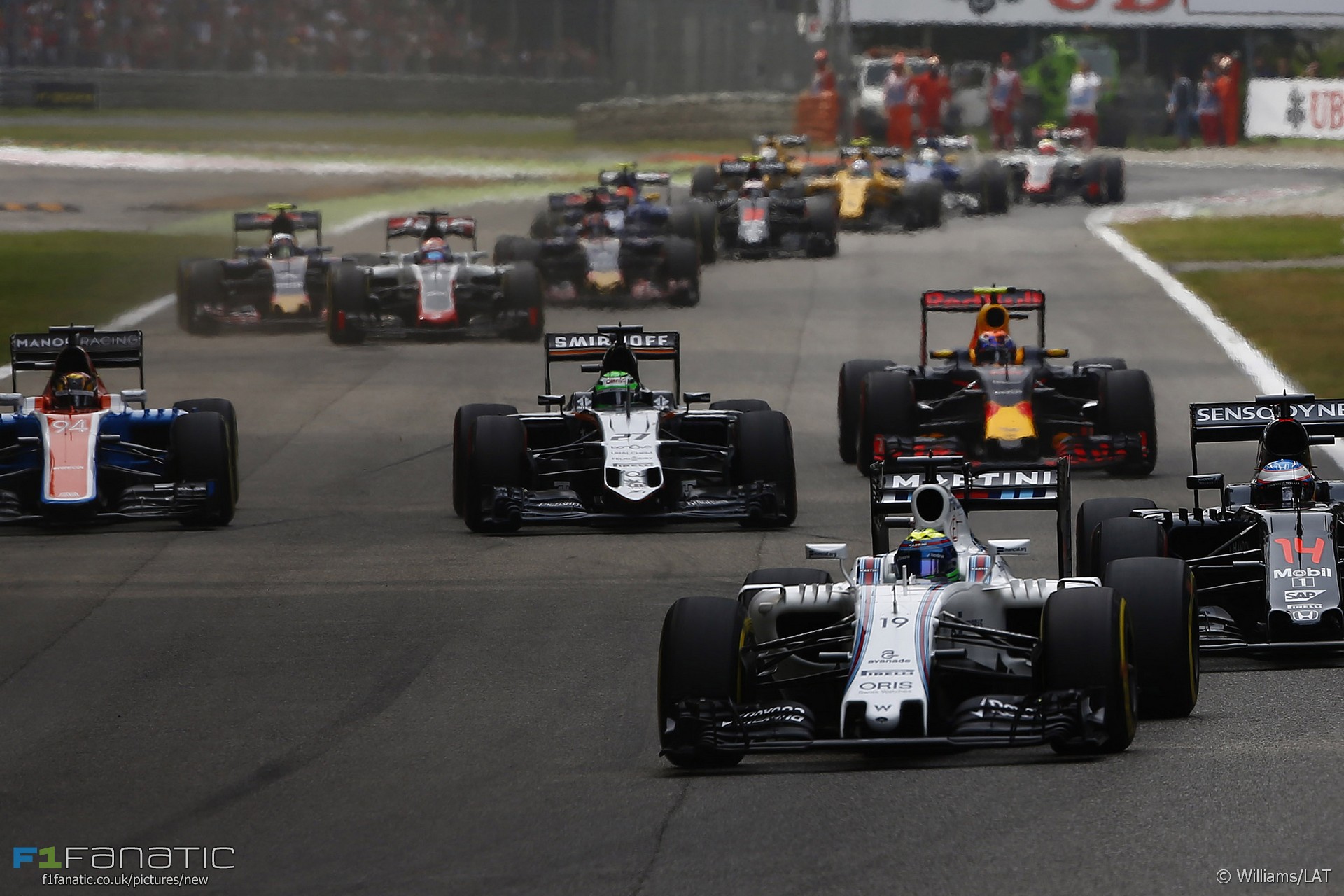 Singapore may no longer be the only night race on the Formula One calendar, but it is the original.

The spectacle of cars brushing the walls beneath 1600 spotlights is stunning, but the races can be processional. The circuit has seen four lights-to-flag victories in the eight seasons it has held a race – and who knows how the first one might have panned out had it not been for Nelson Piquet Jnr’s infamous crash.

Pole position therefore should be key to the outcome on Sunday. But so far in 2016 eight out of the twelve pole sitters have lost the lead by the end of the first lap.

The race is a very physical affair often reaching the two-hour time limit in searing temperatures, a unique challenge that the drivers relish. Particularly as this may be the last race of the year in which a team other than Mercedes has a realistic chance of victory.

Mercedes domination was spectacularly broken here last year as the team struggled to for grip on the super soft tyres.

With the choice of three tyre compounds this year they have decided to build in more flexibility with their allocation to give them more options incase of a repeat of 2015’s lacklustre performance. Each driver will have seven ultra-soft sets each, with Hamilton taking three soft and three super-soft in addition, while Rosberg takes four sets of soft and two super-soft sets.

Lewis Hamilton cannot afford another poor getaway from the grid as overtaking opportunities are more limited in Singapore compared to Spa or Monza.

Three of the four lights-to-flag victories in Singapore belong to Sebastian Vettel, the latest being for Ferrari in 2015. He knows how to dominate here and if Mercedes falter he is well-placed to take advantage.

The team have adopted an aggressive tyre strategy with nine sets of the ultra soft compound for both drivers, the most of the three front running teams. This could give them an advantage late in the race when the other teams have run out of fresh rubber.

In his retirement announcement Felipe Massa described that 2008 race as “the worst moment of my career”, one which he believes ultimately cost him the world title that year.

Williams got back ahead of Force India in the points standings at Monza but Singapore will be the first of many tracks where they can expect a tough fight from their closest championship rivals. A repeat of the fifth-placed finishes they managed in the last two years is probably the best they can hope for.

The twisty confines of Singapore’s streets are expected to suit the characteristics of the Red Bull car and Mercedes have identified them as the favourites for victory this weekend.

Max Verstappen is confident of at least taking a podium but this weekend will be his best chance of taking his second victory in F1.

Christian Horner has indicated that his team have completely shifted development towards 2017, but some minor upgrades are due on the car in Singapore and in the following races to help take on Ferrari for second place in the constructors.

Having scored points in every race here since 2010, with a best of fourth for Paul di Resta in 2012, Force India are confident of a good performance this year.

Both of Sergio Perez’s podium finishes this year came on street circuits. He has also finished in the points here in every year of his F1 career so far, so he is in a particularly strong position to be competitive once again.

Perez is a hot property on the driver market for 2017, with Force India, Williams and Renault all interested in his services. He has previously said that he wanted to decide his future by Singapore. No official announcement has yet been made, but he has given indications he won’t be moving.

Renault may introduce their latest power unit upgrade this weekend, which is expected to be the last they will spend tokens on. Engine department technical director Remi Taffin expects the upgrade could bring up to two tenths improvement in lap time after positive inhouse testing results. The previous upgrades proved competitive at Monza.

Jolyon Palmer will do well to replicate his good performances in GP2 around the gruelling Singapore circuit to stake his claim on his seat for next year.

However Kevin Magnussen will be happy just to avoid a repeat of his 2014 experience when a radiator seal broke on his McLaren, pumping hot air into the cockpit on top of the stifling temperatures. Despite this he still managed to finish in an impressive tenth.

Carlos Sainz Jnr believes Singapore will be Toro Rosso’s best and possibly last chance for scoring points this season, as the pain of running the 2015 Ferrari engine will be less of a factor here.

Their power deficit means the team have also struggled to analyse their latest updates and it remains unclear if they have provided a clear benefit in terms of chassis balance and grip. This should become more apparent as the team works through back to back comparison programs in the Friday practice sessions.

The high downforce requirements of the Singapore street circuit will be the first true test for Sauber’s post-summer break update – and one which is crucial to their hopes of not ending the season point-less.

Felipe Nasr has identified their performance this weekend as a crucial indicator, suggesting focus will fully switch to next year’s car if the upgrades fail to deliver their expected performance improvement.

The new signing of Ruth Buscombe (ex Ferrari and Haas strategist) will help to boost the team’s chances of grabbing elusive points in the battle against Manor.

Fernando Alonso has high hopes for the rest of the season, expecting to “be in the points regularly” and wants to be fighting with former team Ferrari at circuits that suit his car’s strengths. He has highlighted Singapore, Austin and Abu Dhabi as key races for the team.

Jenson Button can approach the final races of the year having put to rest questions about his immediate future. He’s concerned about his car’s traction at Singapore, but Honda have been working hard to address the drivability issues that have plagued their return to Formula One so far.

Any of Rio Haryanto’s fans who had planned to make the trip over from Indonesia will be disappointed to note his absence.

However the arrival of Esteban Ocon in his place has created an fascinating duel between the two Mercedes proteges, who still have not had a clean race for us to compare their performances. Both are rookies in Singapore so they start on a more even footing.

Last year the team handed Alexander Rossi his F1 debut at this race, who finished ahead of then team mate Will Stevens.

Haas are bringing their final aerodynamic upgrade of season to Singapore in an attempt to catch Toro Rosso in the championship ahead after disappointing finishes in Belgium and Italy where points slipped from their grasp.

The last time the team scored points was Romain Grosjean’s seventh position in Austria. His form at Singapore is disappointing though, with his best finish here was also seventh in 2012 for Lotus.

Esteban Gutierrez has still been unable to break into the points this season and it was clear from one radio message at Monza his team were underwhelmed with his performance there. His last podium finish in single seater racing was second in Singapore in 2012 in the GP2 feature race.

Are you going to the Singapore Grand Prix?

If you’re heading to Singapore for this weekend’s race, we want to hear from you.

Who do you think will be the team to beat in the Singapore Grand Prix? Have your say below.