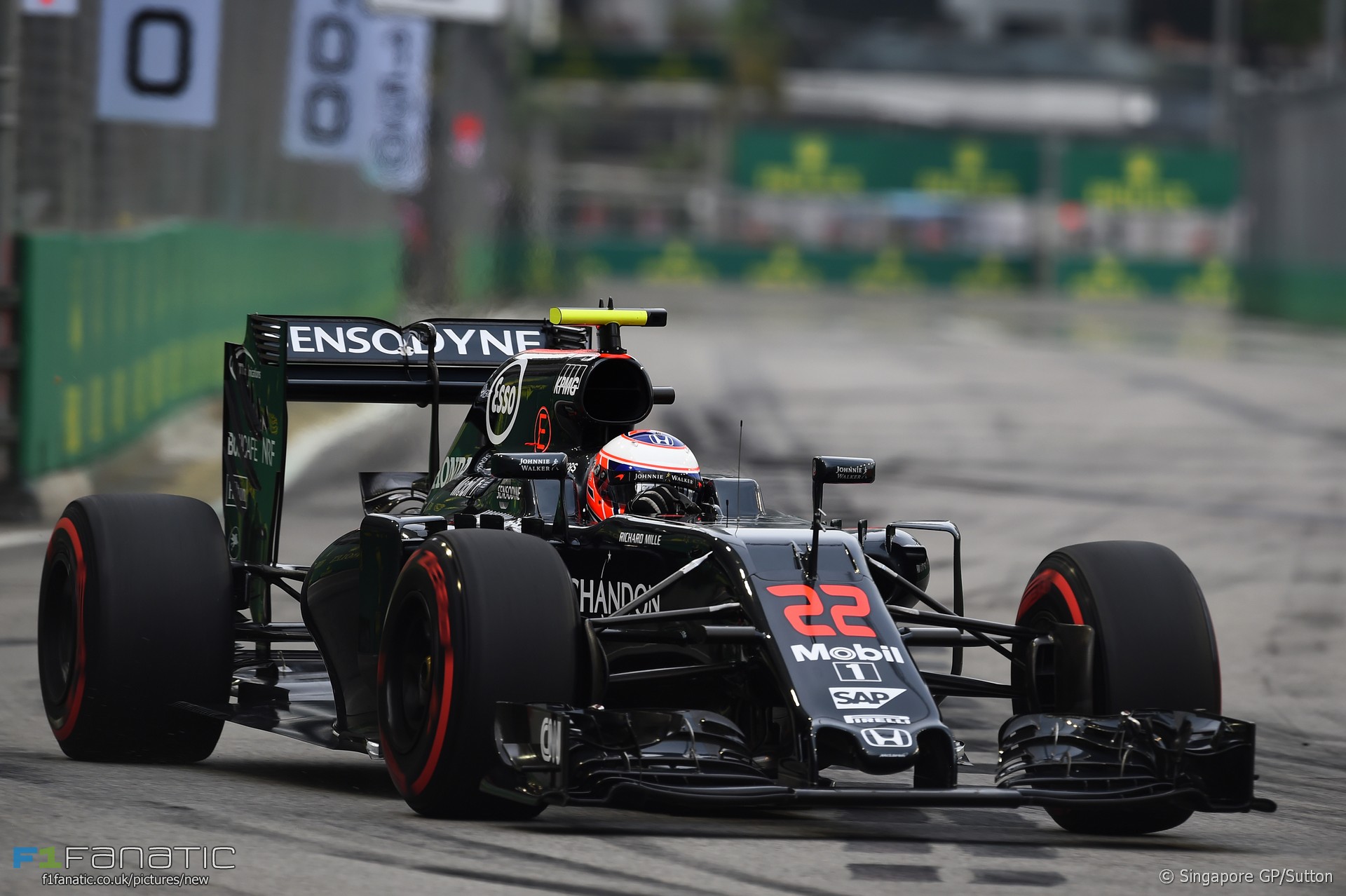 “It means I’ve been around for a hell of long time!” said Button suring today’s FIA press conference.

“I remember when Rubens [Barrichello] got to 300 it was unbelievable that he’d reached 300 grands prix. I thought ‘I’m never going to race for that long’.”

Button is the third driver to achieve a triple century of race starts. Barrichello went on to reach 322 starts while Michael Schumacher did 306.

“And here I am, 36, and this weekend, starting my 300th grand prix. So it definitely sucks you in, Formula One, it doesn’t let go for a long time. As long as you’re performing.”

Button said it’s “been a great ride to 300” starts with “lots of ups and downs, as every career will have”.

“The important thing is you stay on top of those bad times and you enjoy the good time as much as you can because you never know how long they’re going to last. A very exciting career, to this point, 300 races.”

Speaking at a conference including Esteban Ocon, Nico Hulkenberg, Daniil Kvyat, Nico Rosberg and Felipe Massa, Button added: “If any of these guys can achieve it around me, fair play to them, because it’s a long time doing the same thing.”