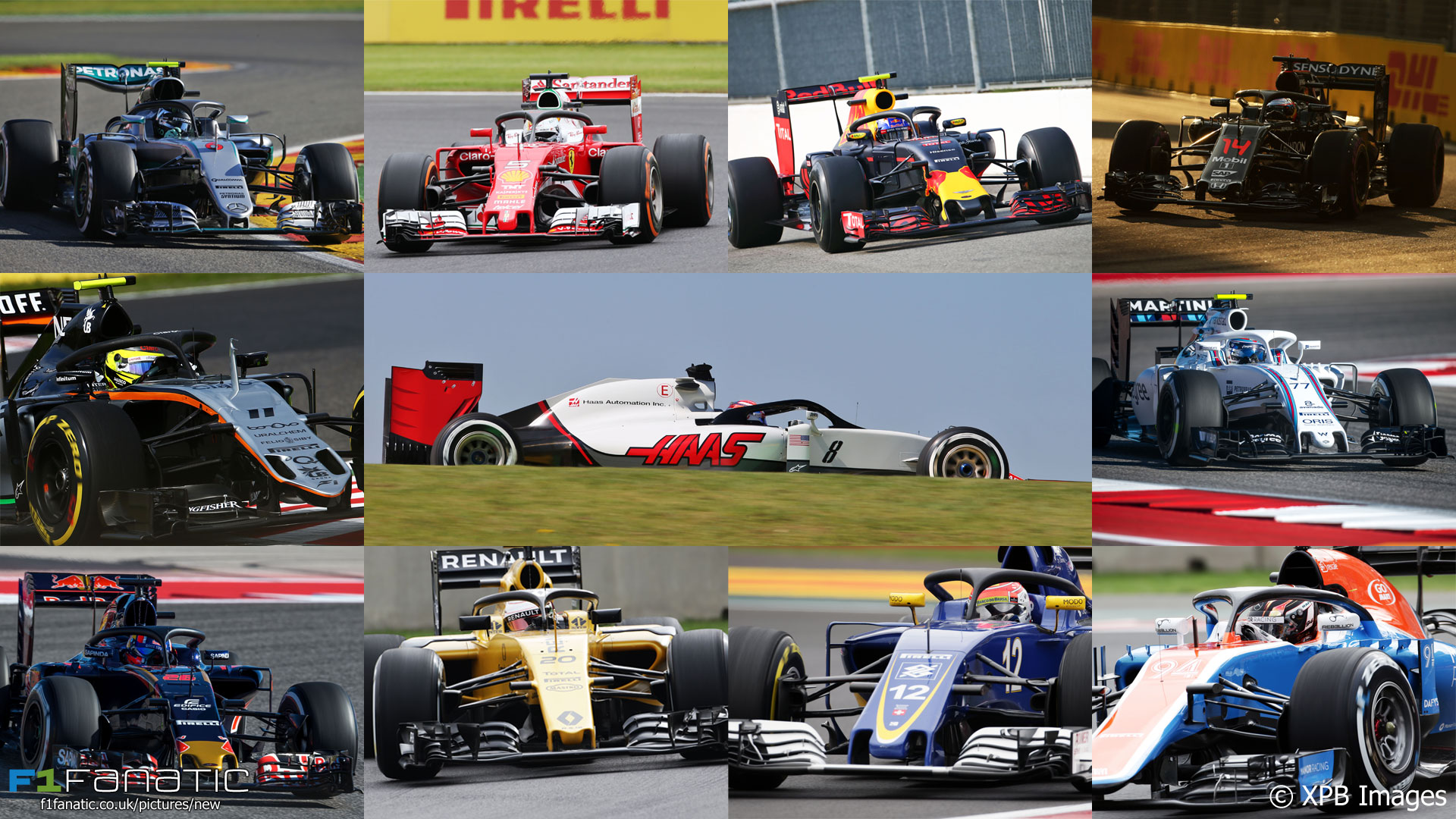 During practice for the Brazilian Grand Prix today Haas became the 11th and final team to test the Halo head protection system.

However the FIA has already confirmed the device will not be introduced in time for the 2017 season as originally planned. It will be made mandatory the year after at the earliest.

Will we ever see the Halo on a full field of Formula One cars? As of today we now have a better idea what that might looks like.

Mercedes is the team which pioneered the Halo concept however it was not the first to test it on a car.

Instead it was Ferrari who first trialled the Halo, giving both Kimi Raikkonen and Sebastian Vettel the opportunity to run it during pre-season testing.

While most teams have run a standard black Halo, Williams was the first to match its colour to the rest of their livery. One of the strongest objections to the Halo has been its effect on the cars’ aesthetics.

Red Bull did some work on an alternative to Halo. This was called Aeroscreen and the team tested it during practice for the Russian Grand Prix on Daniel Ricciardo’s car. However it was found not to perform as well as Halo in the FIA’s tests.

Nico Hulkenberg was one of the strongest critics of the Halo, describing it an unattractive and unnecessary. Both he and Force India team mate Sergio Perez have tested it.

Renault’s drivers Kevin Magnussen and Jolyon Palmer have also questioned the need for Halo. The former has even gone so far as to suggest it won’t be introduced.

Magnussen experienced a major fire during practice in Malaysia while not using the Halo. The incident raised questions over whether the Halo would impede a driver’s ability to escape from the cockpit in an emergency.

Daniil Kvyat tried the Halo for the first time at the Circuit of the Americas. His team mate had already run it at Spa-Francorchamps, where its effect on visibility on the steep climb up Eau Rouge was a particular cause for concern.

Sauber were among the last teams to test the Halo, running it in Mexico for the first time. The team also produced an interactive 360-degree image of the device:

A violent accident for Fernando Alonso in the first race of the year underlined the importance of driver safety but also pointed to a potential drawback of Halo: Would it delay a driver’s escape from a car?

Alonso’s team mate Jenson Button pointed out that in Alonso’s crash the speed with which he could have got out of the car was less of a priority than protecting him during the accident.

Button had a near-miss at Monaco when his car struck a loose drain cover. On this occasion Alonso used the incident to draw attention to the importance of head protection.

Manor was another team which did not run the Halo for the first time until late in the year.

Haas became the last team to trial the Halo during practice in Brazil.