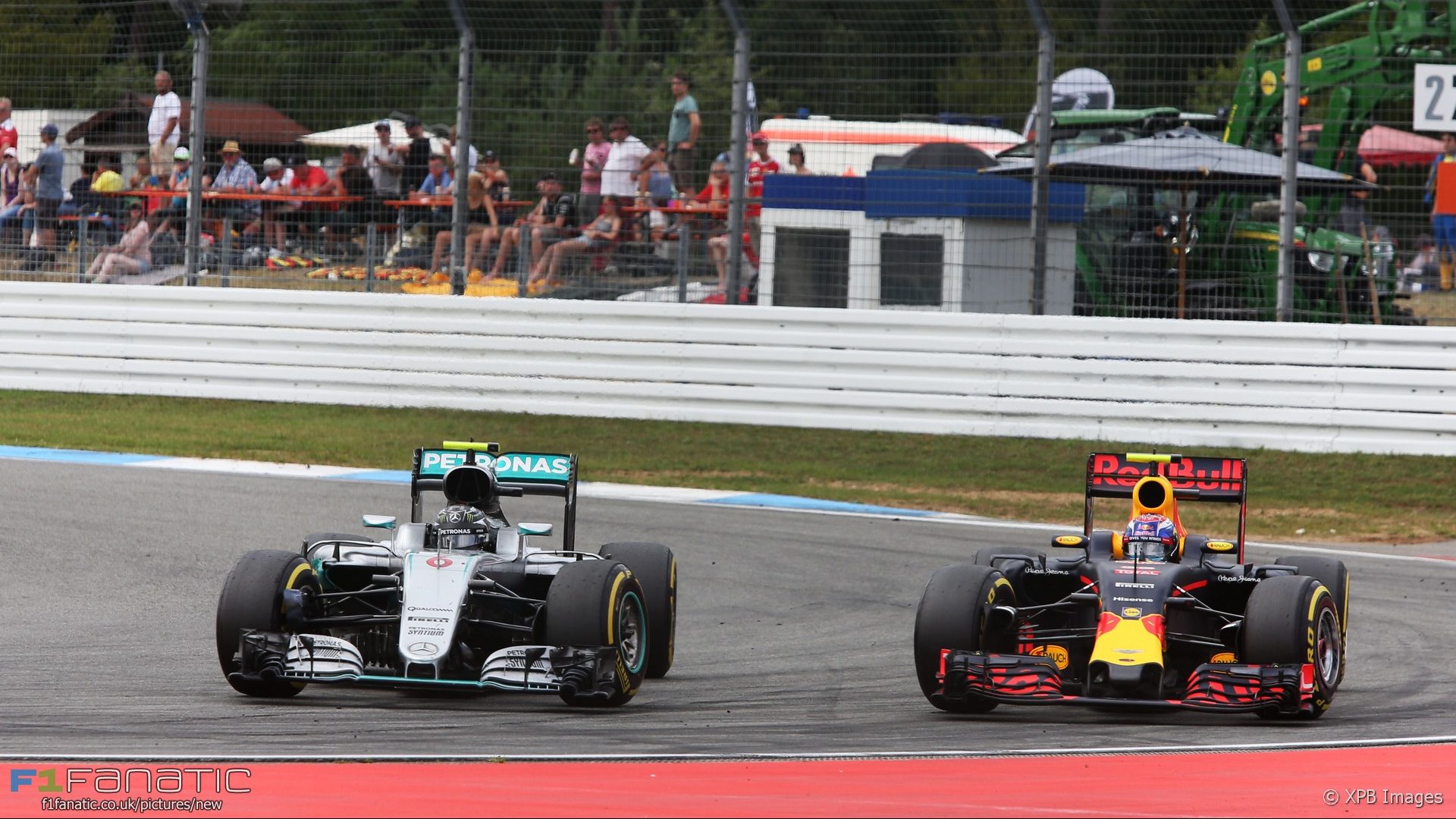 Formula One stewards have been given new penalties to investigate incidents during races in 2017.

Revisions to the Formula One sporting regulations published today allow the stewards to “investigate an incident noted by themselves” without the race director having previously reported it.

The new rules also state stewards will only penalise a driver if it is “clear to the stewards that a driver was wholly or predominantly to blame”.

Further additions to the rule book for 2017 will see drivers receive grid penalties if they receive a five-second, ten-second, drive-through or ten-second stop-and-go penalty during a race but cannot serve it due to retirement. Grid drop penalties are no longer open to appeal.

The number of penalties imposed on drivers per race fell slightly last year after reaching an all-time high in 2015.

38.1 ‘Incident’ means any occurrence or series of occurrences involving one or more drivers, or any action by any driver, which is reported to the stewards by the race director (or noted by the stewards and subsequently investigated) which:

a) Necessitated the suspension of a race under Article 41.
b) Constituted a breach of these Sporting Regulations or the Code.
c) Caused a false start by one or more cars.
d) Caused a collision.
e) Forced a driver off the track.
f) Illegitimately prevented a legitimate overtaking manoeuvre by a driver.
g) Illegitimately impeded another driver during overtaking.

Unless it was completely clear that a driver was in breach of any of the above, any incidents involving more than one car will normally be investigated after the race.

38.2 a) It shall be at the discretion of the stewards to decide, upon a report or a request by the race director, if a driver or drivers involved in an incident shall be penalised

38.1 The race director may report any on-track incident or suspected breach of these Sporting Regulations or the Code (an ‘incident’) to the stewards. After review it shall be at the discretion of the stewards to decide whether or not to proceed with an investigation.

The stewards may also investigate an incident noted by themselves.

38.2 a) It shall be at the discretion of the stewards to decide if any driver involved in an incident should be penalised.

Unless it is clear to the stewards that a driver was wholly or predominantly to blame for an incident no penalty will be imposed.

18 comments on “Stewards get new powers to investigate incidents”