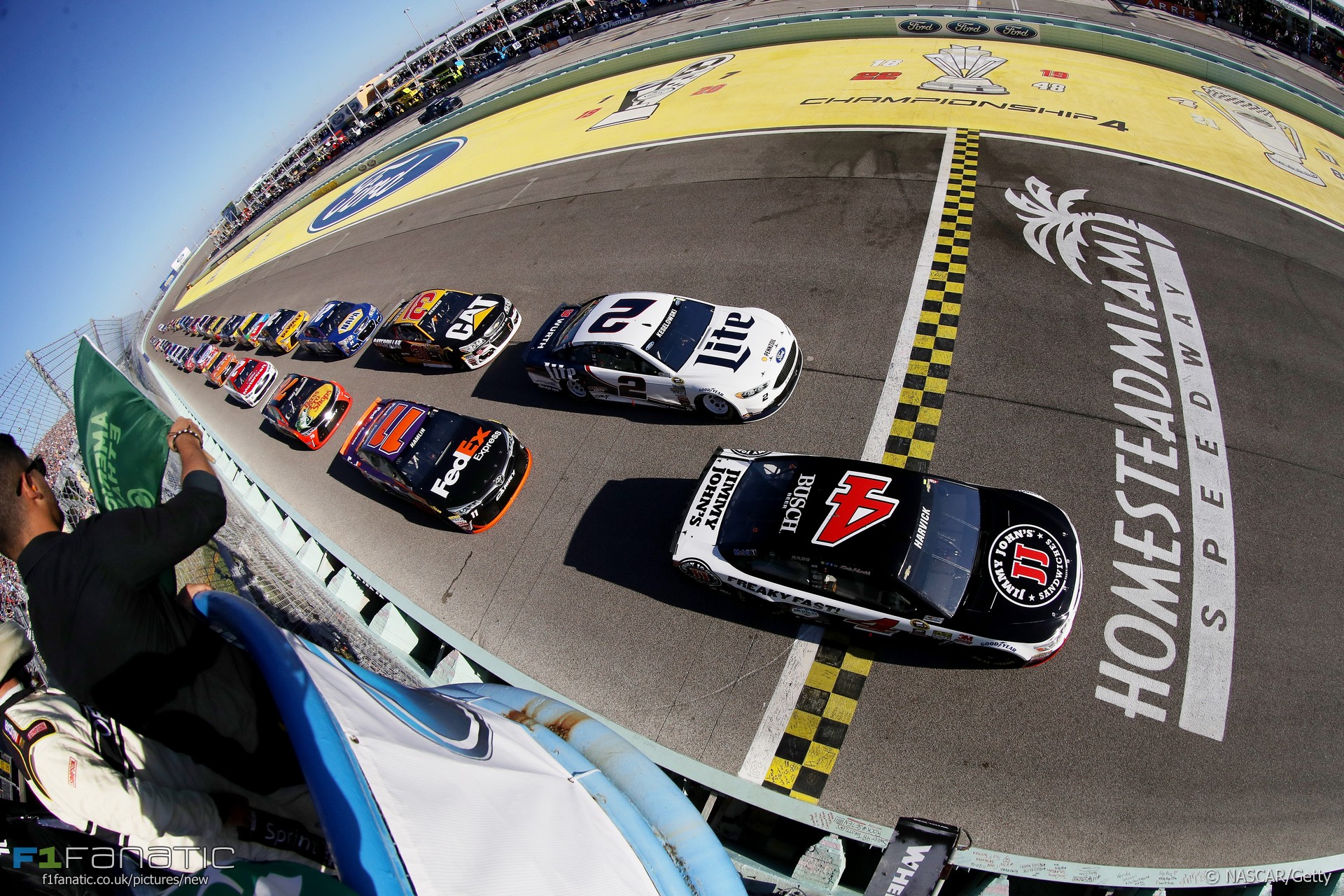 Lewis Hamilton wants Formula One to put on more races in city-centre locations and move fans closer to the cars like NASCAR does.

Speaking in an interview for a Mercedes sponsor Hamilton said he “likes some of the tracks we have” but is “not necessarily a fan of a lot of the new circuits we generally get.”

“Some of them are so far outside of a city, people have to commute so far,” he explained. “The future is city circuits, I think.”

“I hope they introduce more city circuits. New York would be amazing. The States is such a big part of the world and we only have one grand prix there.”

Formula One’s new owners Liberty Media has expressed an interest in adding more races in America. Hamilton believes the sport’s popularity in the USA is underestimated. “There is more [support] than you think.”

“But I think a lot like Brits they are avid sport fans, they go crazy for sports, they just want to be involved and they want to be up close. I think that’s what Formula One needs to change.”

“For example they’re building these race tracks, Silverstone where you go down the old pit straight down to Copse the grandstand is like 100 metres from the track. This is not a dangerous part of the circuit. They’ve got to have binoculars to see me come past. They should be up close.”

“When you go to a NASCAR race you’re up close to the fence and that’s super-exciting. I think they’ve got to bring the fans closer, somehow, to the action.”

However Hamilton also wants a race in Britain’s capital. “I want a grand prix in London so much,” he said.

“It wouldn’t sound spectacular right now because the cars sound terrible, the V6, it’s a known fact they sound really bad, You can sit on the pit wall and have a ‘phone call and the whole pack comes past and you can still continue.”

“When I first came to Formula One it was so loud it pierces your ear. It was like a fighter jet coming past. I hope in future they bring back that sound.”

With attendance below 30,000 for some round of last year’s championship Hamilton wants to see more races at sold-out venues.

“We’ve got some races in some places where there are just no fans. Why the hell do we have a race in these places? It’s the fans that make the event. When you go to Silverstone, one of the greatest races of the year because it is packed.”

“But then we go to some places, we used to go to Turkey and there would be 4,000 people there. I don’t know if there’s less of a love there or if it’s too expensive for those people but I think we need to be in places where there are actual fans where they want to have a race.”

16 comments on “F1 should learn from NASCAR tracks – Hamilton”