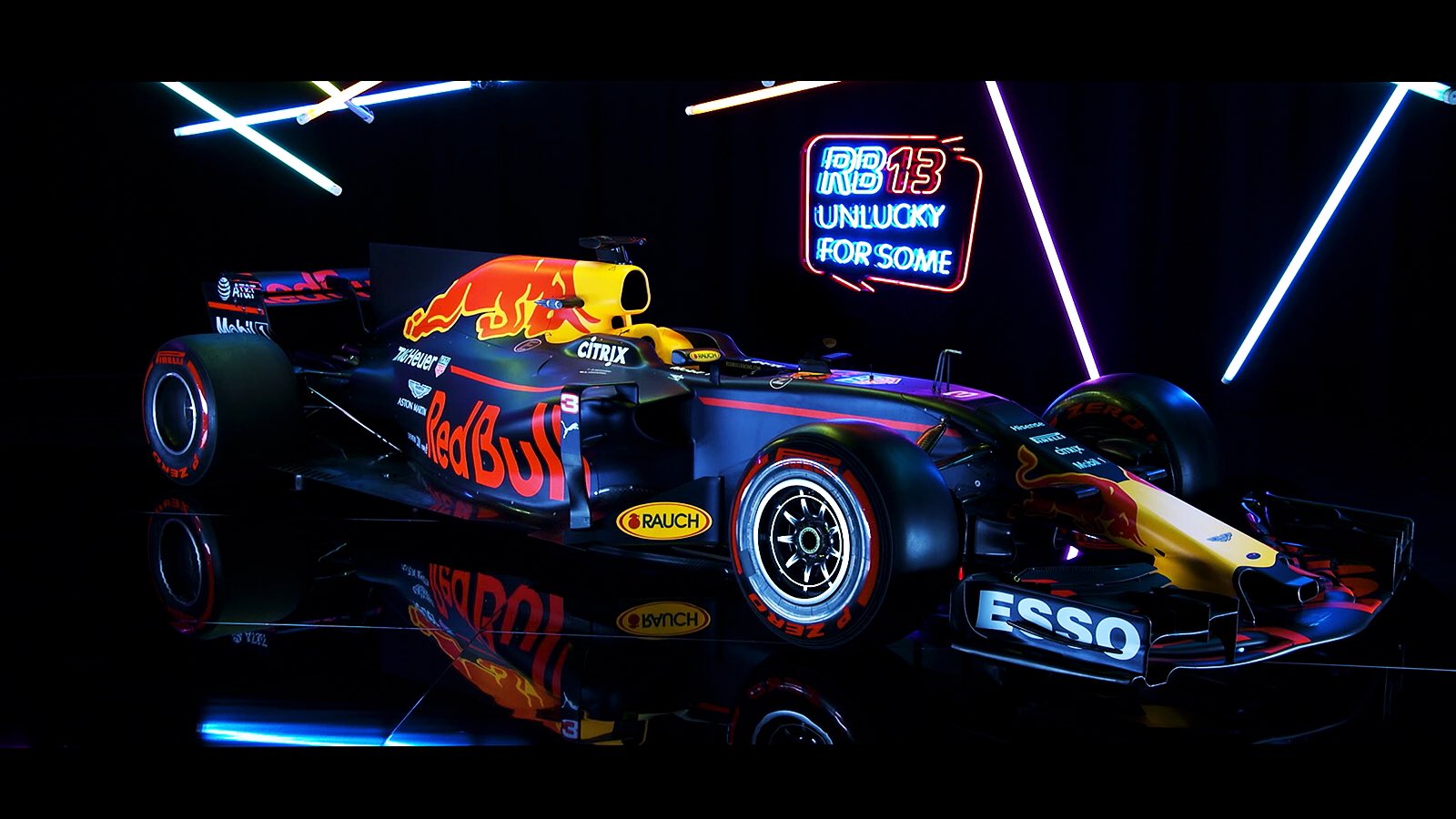 The first pictures of the new Red Bull RB13 for 2017 have been revealed.

A video of the car released by the team on the day before testing is due to begin revealed little of the RB13’s details. However the car’s nose, which appears to incorporate a vent, immediately drew attention.

Team principal Christian Horner described the RB13 as “one of the prettiest cars we’ve designed and made.”

“The geometry of the car under these new regulations, the proportions looks right,” he said. “It looks mean, it looks fast.”

“It’s that old adage ‘if it looks right, it tends to go alright’. And this car for sure looks right.”

Chief technical officer Adrian Newey agreed the new regulations for 2017 are a change for the better.

“There’s a feeling, which I do agree with that since we went to narrow-track cars back in 1998 the cars always looked a bit out-of-proportion,” he said. “Quite a narrow car, reasonably wide tyres, and very long cars, increasingly.”

“So the proportions look strange. By going back to a wider track with a wider tyres, proportionally they should look better.”

The RB13 will have its first run when testing begins at the Circuit de Catalunya tomorrow. “It always an anxious moment before the car runs for the first time, for it to drive out of the garage down the pit lane,” said Horner.

“The first thing you want to see is it comes back at the end of the lap. But it’s an exciting moment to see the car break cover.”

After winning two races last year and finishing second in the world championship the team has set it sights on competing with Mercedes in 2017.

“Mercedes for sure they’re the triple world champions, they’re the team to beat,” said Horner. “They set the bar pretty high but that’s what we’re aspiring to.”

“The driver line-up we have is fantastic, we’ve had great stability in the team, and we’re excited about the year ahead.”