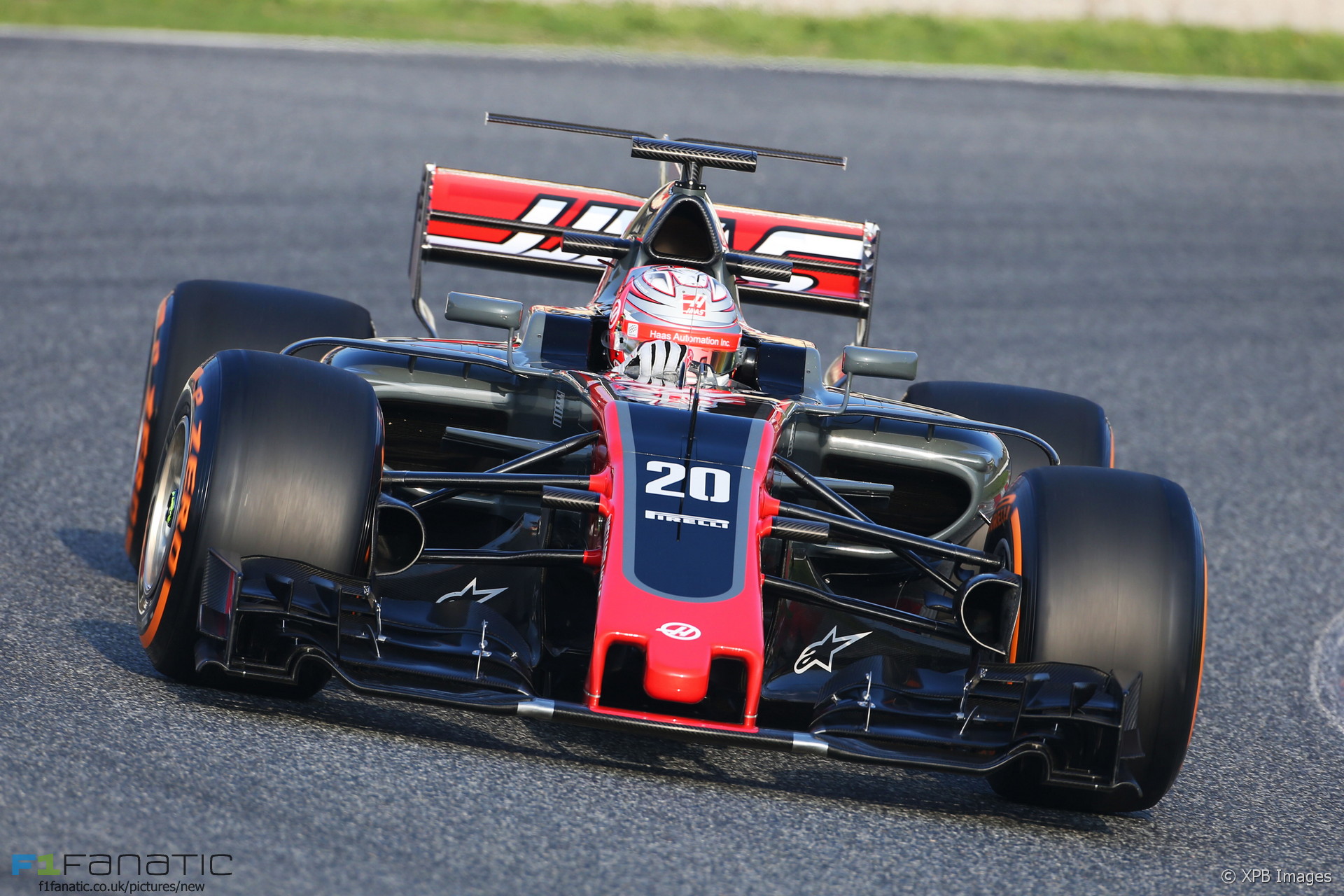 Haas surprised the Formula One world – and themselves – with an astonishing start to their first Formula One season last year.

Twelve months on, life will be more difficult in the team’s second season. Not only have they had to build a substantially different car for 2017 owing to the new rules, but this time they had to do it in parallel with their existing programme.

On the upside they are the only customer team running Ferrari’s 2017 power unit, which already appears to be a considerable step forward from what they had last year. They continue to source the maximum available ancillary components under the rules from the Scuderia, which provided them with a strong platform last year.

However Haas failed to get on top of braking problems which persisted for most of last season, and incredibly they are struggling with them still. A change in supplier is being evaluated but may not take place for several races.

Testing times indicated they could have more of a fight on their hands to get both cars through Q1 this year. However this will depend to some extent on whether Ferrari has emulated the high-performance qualifying modes Mercedes can use. Customer teams like Haas can expect to face restrictions on how often they can use such modes.

Team owner Gene Haas believes they can raise their performance level from last year. It’s fair to say this young squad can make gains in most areas: not just outright performance but operationally and in terms of reliability. But in terms of where they finish in the championship, merely repeating last year’s eighth place would be an achievement. Although 2016 started well, Grosjean was clearly aggravated by the team’s inability to solve its braking problems. It seems his frustration will continue at the beginning of the season at least. When the car was running well last year he put in some fine drives and demonstrated his versatility. But he will probably find it hard to resist a top team if one comes knocking for 2018. Leaving Renault for Haas may be a step forward in the short term but is it really a wise career decision in the long term? A lot is riding on 2017 for Kevin Magnussen, who will embark on his third full season with a third different team. He appeared to be over-driving at times last season, but he should apply more pressure to Grosjean than Esteban Gutierrez did.

Poll: Which Haas driver will finish ahead in the championship?

Which Haas driver will finish ahead in the championship?

An F1 Fanatic account is required in order to vote. If you do not have one, register an account here or read more about registering here. When this poll is closed the result will be displayed instead of the voting form.