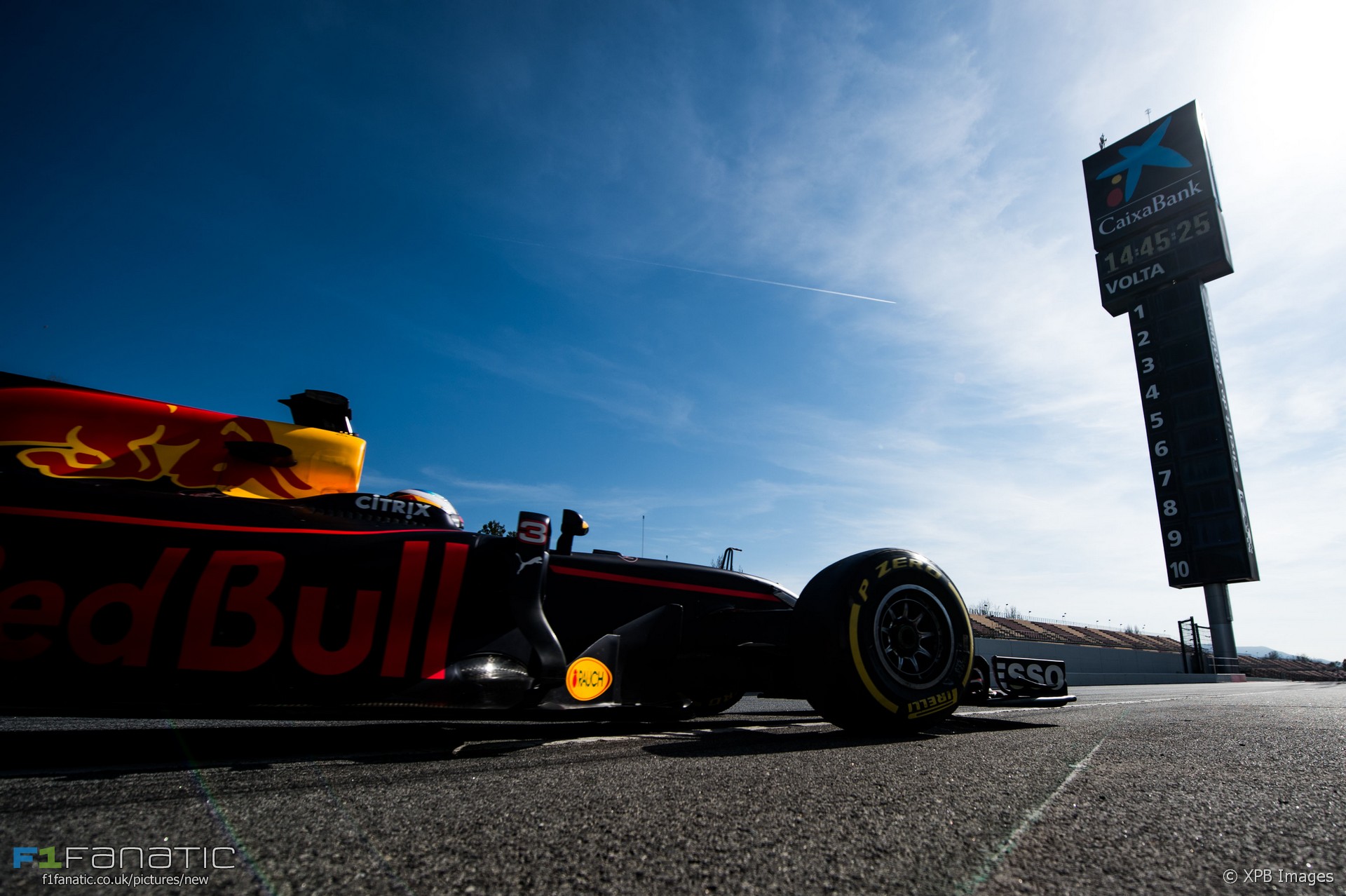 If Ferrari is the team which didn’t look in great shape heading into 2017 but has run well in testing, Red Bull is the opposite.

Everything we know about the upcoming season points to it being a good year for Red Bull. But pre-season testing at the Circuit de Catalunya offered little to justify those expectations. Were they just flying under the radar?

After a win-less 2015, Red Bull scored three major victories last season, only two of which came with trophies. Daniel Ricciardo and Max Verstappen took a win apiece in Malaysia and Spain. But the triumph that really mattered concerned the 2017 rule book.

The 2017 technical regulations may not have arrived in Milton Keynes in a pretty box with a bow around it, but they undoubtedly are a gift to the four-times champions. And like all the best presents, the recipient had a hand in making sure they got what they wanted.

The new rules were crafted in line with the team’s wishes for aerodynamic development to influence car performance more strongly. This has always been their greatest strength. Red Bull has a budget to rival that of Mercedes and Ferrari but unlike those two teams it does not have to spend it on engine development.

So we have arguably the best chassis developers in the business, headed by superstar designer Adrian Newey, working to a set of rules they helped to write. It’s not unreasonable to wonder how long before the regulations were finalised did Red Bull begin serious work on the RB13, and therefore how much more time they’ve had to unleash their full potential.

Given that, anything less than a shot at the title this year would be a failure, regardless of how well they have kept a lid on expectations. The patchy running during testing, the lack of headline-grabbing lap times and the un-showy design of the RB13 has prompted claims the team are in trouble. But it all feels reminiscent of those times a few years ago when they would keep a low profile in testing then romp to another championship.

Helmut Marko has already conceded the obvious point that Red Bull stand to gain the most from this year’s changes. But will it be enough to bring them regularly on terms with Mercedes?

The team has arguably the most potent driver line-up on the grid today, and unlike Mercedes has the advantage of continuity. Further progress by Renault, whose power units will again be branded TAG Heuer by Red Bull, could also help tip the balance in Red Bull’s favour.

Renault’s gains appeared to have come at the expense of reliability during testing, though Red Bull dismissed the problems as minor and expects them to be rectified by the first race. Even so they completed almost 2,000 kilometres less than Mercedes over the eight days.

Ricciardo has said the team will have futher updates for its chassis and power unit at Melbourne and there is still a lot more to come from the RB13. Don’t bet against it. Ricciardo obviously deserved more than the one win he scored last season. He should be in the hunt for victories again this year but a fully-prepared Verstappen will surely be the biggest fight he’s had on his hands since Vettel was his team mate three years ago. Not forgetting that Ricciardo came out on top in that particular contest. Verstappen has tremendous speed and ferocious, effective racecraft (sometimes inaccurately characterised as reckless). Little has tripped him up so far, though he has occasional messy weekends, such as those which kept him from realising his potential in Monaco. But he’s still improving and was stronger than ever at the end of 2016.

Poll: Which Red Bull driver will finish ahead in the championship?

Which Red Bull driver will finish ahead in the championship?

An F1 Fanatic account is required in order to vote. If you do not have one, register an account here or read more about registering here. When this poll is closed the result will be displayed instead of the voting form.