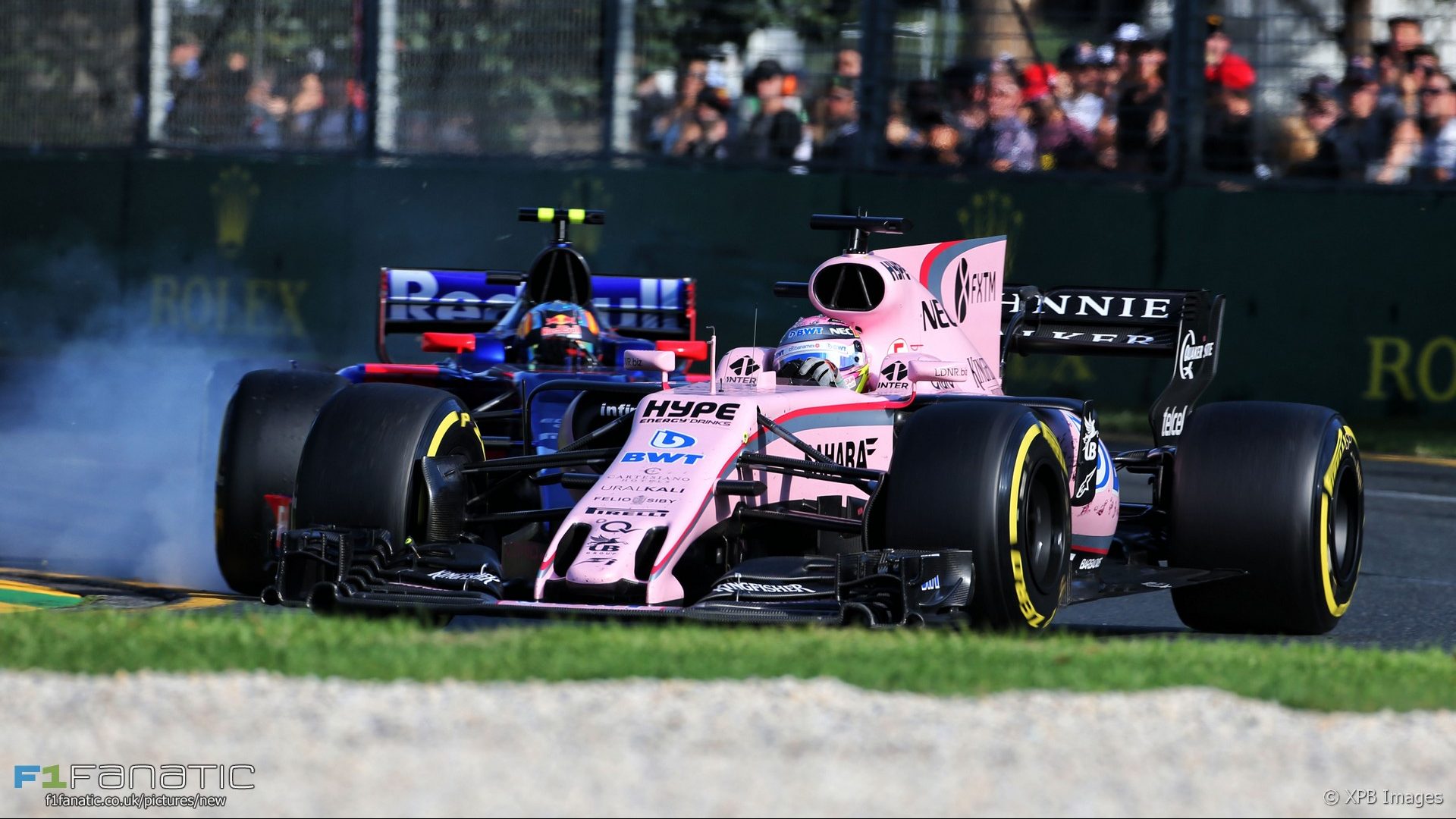 Which drivers impressed the most during the Australian Grand Prix weekend? And who struggled?

Here’s F1 Fanatic’s verdict on the stand-out performances from the first race of the year in Melbourne.

The 25 hundredths of a second Vettel beat Valtteri Bottas by in qualifying was crucial. If he hadn’t split the Mercedes then he wouldn’t have been close enough to take advantage of Lewis Hamilton’s delay after his pit stop and win the race.

Vettel threatened to do this from the beginning of the weekend. After an MGU-K glitch on Friday morning he out-paced Bottas in the afternoon session, then served notice of his intentions by heading Saturday practice. His qualifying lap wasn’t perfect – he lost time at turns three and nine, the latter a costly snap of oversteer – but it was enough for a place on the front row.

From there he immediately showed he had the pace to attack Hamilton. The leader never got far enough ahead to feel comfortable and Mercedes were so concerned about Vettel attacking them by pitting early they arguably brought Hamilton in before they needed to, opening the door for Ferrari.

Even so the window of opportunity for Vettel to make his pit stop and get out ahead of Hamilton was a narrow one. He seized the opportunity with a rapid in-lap, despite being delayed by Lance Stroll, and once he’d kept Max Verstappen at bay was on en route to victory.

Perez took a hard-fought seventh place in a team which has slipped behind the Williams since the end of last season. He only missed a place in Q3 by a few hundredths of a second, and at the start of the race mounted a strong attack on Daniil Kvyat to take ninth.

He managed one of the race’s few overtakes by pouncing on Carlos Sainz Jnr after his pit stop. After that he withstood attacks from both Toro Rosso to hold his position to the flag.

At two o’clock on Saturday afternoon in Melbourne Giovinazzi had done zero laps of the Albert Park circuit. Twenty-six hours later he was on the grid awaiting the start, Pascal Wehrlein having forgone his place on the grid due to injury worries.

But even disregarding the incredibly short notice involved Giovinazzi made an impressive debut. He came within a locked wheel and two-tenths of a second of humiliating Marcus Ericsson in Q1. And while he admitted his race pace was on the conservative side – GP2 having taught him tyre-nursing lessons which no longer apply in low-degradation F1 – he kept it clean and avoiding the many pitfalls which might have claimed him. He’s made a clear case for a regular race seat.

The first race of 2017 was another depressingly familiar case of maximum effort for minimal results for Alonso. Seeing him put his McLaren ahead of a Force India, a Haas and a Renault in qualifying was strangely similar to watching his giant-killing days at the wheel of a Minardi in 2001.

He then made his usual rapid getaway and when Romain Grosjean dropped out suddenly the MCL32 was running in a wholly unwarranted tenth place. Alonso would surely have finished there, but worsening floor damage put him out. What must he make of his former team’s winning start to the season?

It’s easy to knock Stroll because of the privileged path to F1 he’s enjoyed. But the time has come to judge him by the standards of any other F1 driver and by this measure he was clearly found wanting in Melbourne.

Four drivers in the field were experiencing Albert Park for the first time but Stroll was the one who really looked like it, approaching every corner with an all-too-visible tentativeness. He hit the wall at the end of final practice which left him on the back foot going into qualifying and duly lined up on the back row.

When the race began he nearly wiped out several rivals at turn one and locked his tyres so badly he was forced into the pits for a fresh set. He made some progress from then and passed the struggling Ericsson before a brake problem forced him out. At no point during the race did he look like a match for his team mate, though he did spend a lot of time in traffic.

Two offs at turn 12 during Q1 left him almost a second and a half off Grosjean and meant he failed to progress beyond Q1 while his team mate reached the top ten.

He tried too hard to make up for it at the start, clunking into the side of Marcus Ericsson in an incident which the stewards charitably blamed on a kerb. To his credit, he apologised to Ericsson afterwards.

It was telling that even in Ferrari’s moment of triumph the team’s senior management were making remarks about why only one of their cars was on the podium. While Vettel led both the Mercedes home, Raikkonen couldn’t beat either of them.

In the opening stint he dropped off the back of Bottas and was losing up to a second per lap to Vettel. According to Raikkonen he had to do a lot of fuel-saving in the race, but that seemed not to be a significant problem for his team mate. He was up to speed by the end, however, setting the race’s fastest lap as Verstappen chased after him.

By his own admission Raikkonen was scruffy in qualifying, particularly on his first run in Q3. All told he left a lot of room for improvements last weekend and has every motivation to make them as the Ferrari is now a winning proposition.

Bottas made a decent start to life as a Mercedes driver, particularly in the race where he closed on Hamilton over the final laps. Verstappen played a decisive role in the outcome of the race but otherwise had little to do. Team mate Ricciardo had been the quicker of the two but paid a high price for his qualifying crash.

Grosjean was consistently in the top ten for Haas until his car let him down in the race. Massa passed him at the start then had a somewhat lonely run in his Williams. There was almost nothing to choose between the Toro Rosso drivers in qualifying and team orders were issued at one point in the race. They were followed home by Esteban Ocon, who took his first point on his Force India debut.

Nico Hulkenberg flirted with the top ten in practice but couldn’t quite get there in qualifying or the race. He was one of several drivers stuck behind Alonso during the latter. Team mate Jolyon Palmer’s weekend began badly with a practice crash, got worse with set-up problems during qualifying, and ended with a bizarre brake fault during the race.

While Alonso at least got to show some of his potential in the McLaren the same wasn’t true of Stoffel Vandoorne. A fuel pressure problem scuppered his qualifying run and he had to pit to power-cycle the car during the race.

Who was your star performer in the Australian Grand Prix? Cast your vote in Driver of the Weekend: