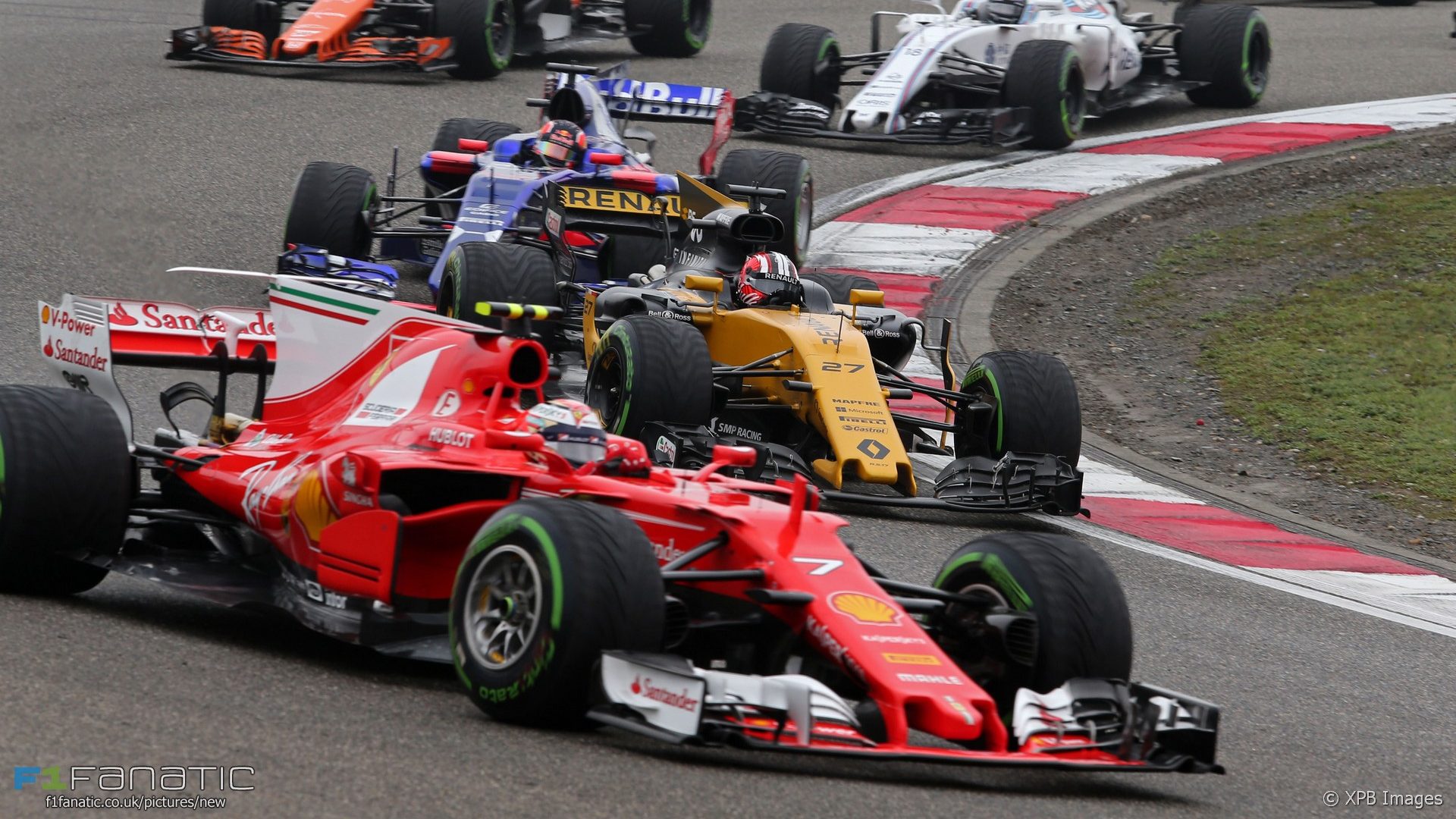 Who starred and who struggled in the Chinese Grand Prix? Here’s F1 Fanatic’s verdict on the field.

This championship fight seems to be bringing out the best in Hamilton. While he dominated the weekend from a statistical point of view – pole, fastest lap, led every lap – Mercedes’ performance advantage over Ferrari ranged from slight in qualifying to almost non-existent in the race.

The Safety Car timing did take the pressure off but he handled the switch to soft tyres better in conditions which caught out many drivers – including his team mate.

The closest Vettel came to a mistake all weekend was a slight error on his final Q3 lap, without which he was sure he still wouldn’t have been on pole. He pipped Valtteri Bottas to the front row by a tiny margin.

Pitting under the Virtual Safety Car was an obvious means of attacking Hamilton but luck was not on his side. He reclaimed second place with some bold passes, including a gem of a move on Daniel Ricciardo.

Starting the race on slicks was a bold move which paid off handsomely. But it must’ve seemed like a mistake when the field left him behind at the start and he understeered off at turn one.

However within a few corners it was clear the track was drying quickly and Sainz took full advantage of his smart move. This wasn’t a perfect weekend – he was outqualified by his team mate and had a quick spin during the race – but his Toro Rosso was never going to finish higher than seventh.

Scuppered by a technical problem in qualifying, Verstappen was on a mission from the word go in the race, storming past nine cars on the first lap. An excellent pass on Kimi Raikkonen and a cautious move on his team mate put him in the hunt for a podium.

He did slip up while Vettel was bearing down on him, but showed greater resilience under pressure from Ricciardo, despite the hazard of lapped cars.

Even in testing Alonso was making his case that he’s driving better than anyone. He continued to press that point as he endured another trying weekend in the McLaren and dragged the MCL32 far beyond where it deserved to be.

Once again, however, it was to no reward. A driveshaft failure meant he failed to finish the Chinese Grand Prix for the first time.

While Valtteri Bottas finished over 40 seconds behind his team mate mainly because of a one-off spin, an inability to get his car to work in the cool conditions explained why Raikkonen finished almost as far behind the other Ferrari.

His late pit stop may not have been the optimum from a strategy point of view but this was a symptom of him having a bad race, not the cause of it. Even after he left the pits having changed tyres he continued to drop back from his team mate at over a second per lap.

Binning the Sauber once was embarrassing, doing it a second time at the same corner must’ve been mortifying. Though in Giovinazzi’s defence this wasn’t a case of him making the same mistake twice.

But Sauber is not a team which can easily afford having to repair a car twice in as many days. He may get another chance to prove himself in Bahrain.

Flat-spotted a tyre in Q1, then got caught out by the yellow flags for Giovinazzi and was penalised for not slowing down enough. That meant he failed to progress while Nico Hulkenberg reached Q3 in the other Renault.

Like Sainz he started on slicks, albeit from the pits after making his mind up on the formation lap. However he was never able to get his tyres up to temperature and finished behind his twice-penalised team mate.

For Bottas the end result exaggerated the impact a single error had on his race. Two separate pit stop problems had also cost him a lot of time and places – rather more than the diplomatic Mercedes driver admitted to.

Ricciardo was passed by Verstappen early on but was stronger in the second half of the race after a wing adjustment. Both Force India drivers scored points, though Esteban Ocon was flattered somewhat by Sergio Perez’s late pit stop.

Kevin Magnussen put his first point of the year on the board while Romain Grosjean tripped up in Q1 after spinning on his first lap. He made up eight places in the race yet failed to score.

Along with Alonso, Stoffel Vandoorne failed to see the chequered flag and Daniil Kvyat’s day was ended by a hydraulic fault.

Lance Stroll ended his race with a lack of situational awareness on the first lap but did make it into Q3 the day before (despite going progressively slower in each phase of qualifying). The other Williams also failed to score as Felipe Massa struggled enormously with tyre warm-up problems. Marcus Ericsson was the last runner home.

Who was the best driver in China?

Which driver impressed you the most during the Chinese Grand Prix weekend? Cast your vote here: