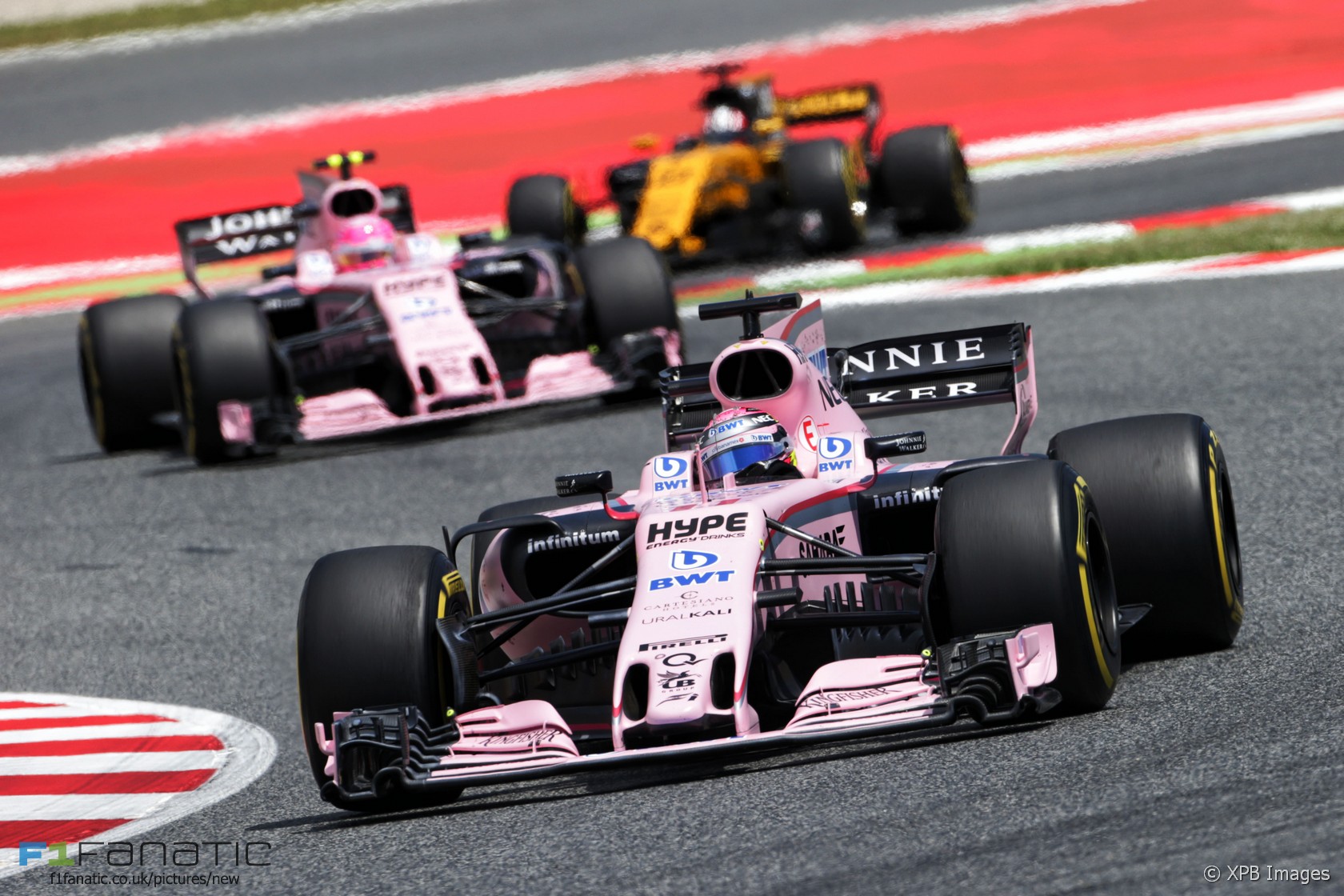 Following an indifferent weekend in Russia, Hamilton was back to his best in Spain. Valtteri Bottas kept him honest in practice until a power unit problem forced him to revert to an older engine, but Hamilton always seemed to have a little in reserve.

Being beaten to turn one by Sebastian Vettel was the only mark against him, but Hamilton made amends with a great first stint which provoked a reaction from Ferrari and left them in a weaker position tactically. In contrast Mercedes got their strategy spot-on. Hamilton kept his cool after being edged wide by Vettel, came back at him and produced the pass which won the race.

Force India’s top points-scorer has been the midfield star of 2017 so far. Esteban Ocon was potentially quicker here but squandered his chance in practice.

Perez stayed out of trouble at the start and took maximum advantage of the opportunity offered by other drivers retiring. He had enough of a margin in hand that a slightly slow pit stop by his team was of no consequence to his final finishing position.

Although he wasn’t error-free in qualifying he still lined up ahead of Marcus Ericsson. Wehrlein then ran a cunning one-stop strategy which lifted him up the running order. He didn’t lose a single one of the places he gained, although a five-second penalty for a pit entry violation cost him seventh to Carlos Sainz Jnr.

Deserves a mentioned for his immense qualifying effort which put his McLaren seventh on the grid with only the Mercedes, Ferrari and Red Bull drivers ahead of it. In the race he was knocked off at turn two by Felipe Massa, then over-drove somewhat, but that Q3 effort was phenomenal. He’ll be missed in Monaco.

Vandoorne was mystified by his lack of pace in Q1, where he was half a second slower than Alonso, and admitted he should have got through to the next round.

His race ended with a bizarre and uncharacteristic collision with Massa for which the stewards handed him a grid drop. This was a weekend to forget.

Failed to make it beyond Q1 in a car which his team mate has never failed to get into the top ten. He was the last car running in the race and although he conceded the medium compound had been a struggle his pace wasn’t much better on the softs either.

Vettel admitted he could have taken pole position but for an error at the final corner. But given he took the lead at the start anyway it was probably Ferrari’s strategy which did the most damage to his victory chances. As for Bottas he was on the back foot the moment he had to start using a four-race-old engine.

The stewards correctly blamed no one for the turn one collision at the start though it ended the races of Kimi Raikkonen and Max Verstappen. The latter had done a fine effort in qualifying and the Red Bull may have had more pace in it than Daniel Ricciardo’s distant third place indicated.

Once again Esteban Ocon finished respectably close to Perez. But the frustration in his race engineer’s voice after qualifying was unmistakable after Ocon failed to engage his DRS early enough, losing two-tenths of a second and potentially a better starting position.

Nico Hulkenberg showed up Jolyon Palmer at Renault, though Palmer’s race pace was decent after starting the race on mediums. Even so they were separated by eight cars at the finish. Among them were the Toro Rossos, who did well to score points, particularly Dannil Kvyat after his poor qualifying effort.

Who was the best driver of the Spanish Grand Prix weekend? Cast your vote here: