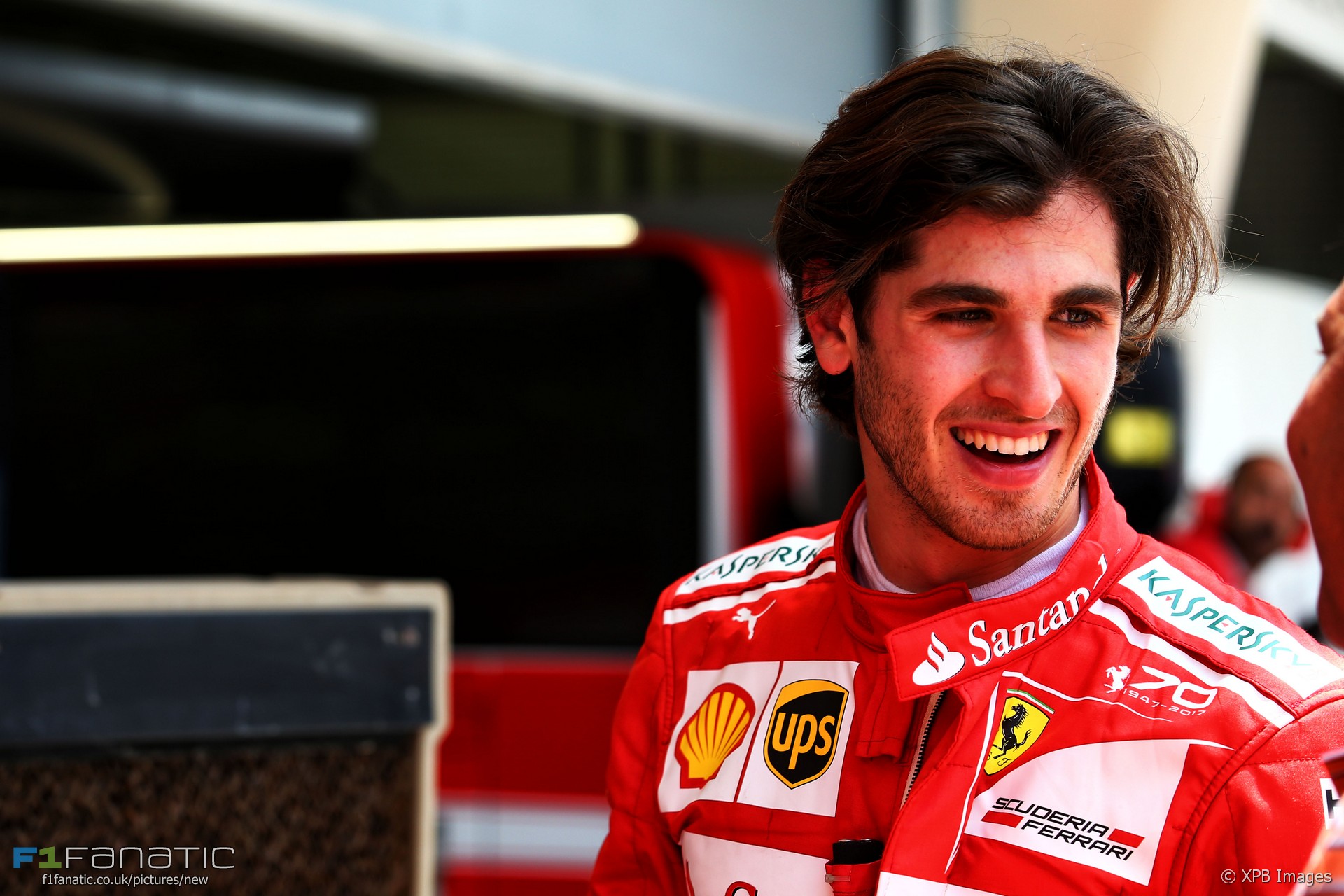 Antonio Giovinazzi will return to F1 action by making seven appearances in practice sessions for Haas, the team has announced.

The Ferrari reserve driver made his grand prix debut at the start of the season as a substitute for Pascal Wehrlein. Giovinazzi drove in the Australian and Chinese Grands Prix for Sauber before Wehrlein returned from injury.

He will now drive for Ferrari’s other engine customer team in half of the remaining race weekends. Giovinazzi will drive in the first practice sessions at Silverstone, the Hungaroring, Monza, Sepang, Autodromo Hermanos Rodriguez, Interlagos and Yas Marina.

“Being the third driver with Scuderia Ferrari is obviously a great place to be and getting seat time in these FP1 sessions with Haas F1 Team will keep me sharp,” said Giovinazzi. “I’ll be able to take what I’ve learned in the simulator and apply it in actual race conditions.”

“It’s a good opportunity for him and we’re happy to provide it.”

Giovinazzi tested for Sauber after Wehrlein was injured in a crash at the Race of Champions. While Wehrlein sat out the opening races Giovinazzi finished 12th on his debut at Melbourne but crashed in qualifying and during the race when he returned to the cockpit in Shanghai. Since then he has returned to testing duties for Ferrari.

GP3 duo Santino Ferruci and Arjun Maini have previously been named as development drivers for Haas.

26 comments on “Giovinazzi to make practice appearances for Haas”