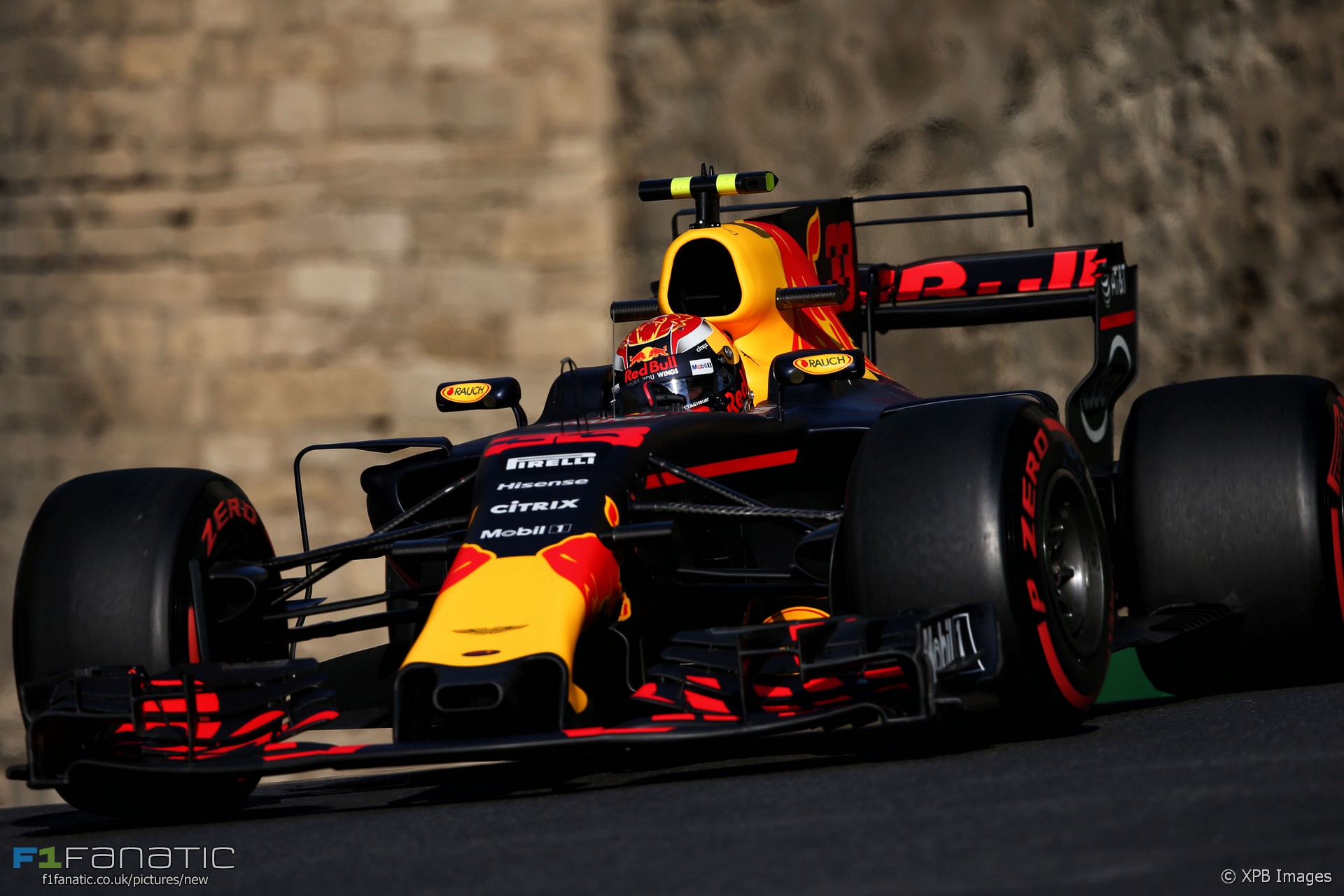 Verstappen was in scintillating form around the streets of Baku. Fastest in both sessions on Friday – despite a largely spin into the barriers at the end of the second – he hit trouble with his car on Saturday morning which persisted throughout the rest of the weekend.

Power delivery problems plagued him during qualifying and in his view cost him two places on the grid. Nonetheless he was well-placed in the race and was among a clutch of drivers who could have been potential winners, had his power unit not failed again.

It would be wrong to write Stroll’s third place off as a lucky result in a crazy race. All weekend long he’d looked more assured and mature at the wheel. He seemed to have far fewer, if any, off-track moments than his rivals, and out-qualified Felipe Massa for the first time this year.

True, he gained several places in the race through fortune. But again he kept the Williams out of the barriers – something which would have seemed very unlikely just a few weeks ago. Being pipped to second at the line was unfortunate but hardly his fault.

Hamilton also didn’t put a wheel wrong around Baku, though for much of practice it seemed as though he wasn’t quite on top form. His qualifying effort was sensational – more than three-tenths of a second quicker than anyone through the middle sector.

There’s no doubt he was exploiting the rules to the letter of the law in trying to make life difficult for Sebastian Vettel during the restarts. However the stewards ruled he did nothing illegal.

He eventually lost a near-certain win because his headrest material needed to be replaced. Dropping behind Vettel added insult to injury.

Until that already-notorious incident Vettel was driving very well indeed. His wheel-to-wheel racing was arguably the best out there as he repelled attacks from the Force Indias and Massa at restarts.

Then he skidded into Hamilton during a restart, let his temper get the better of him, and swerved into his rival in retaliation. This would have been bad enough had he had the grace afterwards to admit his error, but many of the remarks he made afterwards were fatuous and do him no credit.

The combination of repeated heavy breaking zones, a low-grip surface and hard tyres brought out the worst in the Grosjean-Haas combination. At one point in the race he urged his race engineer to retire his car if its braking capabilities degraded too far.

Unfortunately for Grosjean, this came on a weekend after he’d suggested he was well-positioned for a promotion to Ferrari should the team dispense with Kimi Raikkonen’s services. Not great timing.

Daniel Ricciardo pulled off a thrilling pass at the restart of the race to capture an improbable win from tenth on the grid. He had, however, been edged on pace by Verstappen up to that point and binned his car in qualifying.

In the space of 51 laps Valtteri Bottas went from second to twentieth to second again, his day spoiled by a 50-50 clash with Kimi Raikkonen on the first lap. The latter’s day was ruined by damage from debris later in the race.

A host of drivers belong in the ‘could’ve won’ column including the two Force India drivers. Esteban Ocon really should have given Sergio Perez a little more room – the resulting contact ruined both their races. And had it not been for suspension failure Massa could’ve taken his first win in nine years. Nico Hulkenberg squandered an opportunity for Renault by hitting the wall.

Kevin Magnussen again seemed untroubled by the problems which dogged his team mate and banked solid points for Haas with seventh. Carlos Sainz Jnr came away with seventh despite a peculiar ‘sympathy spin’ when his team mate ran wide at the start. Daniil Kvyat didn’t see the chequered flag due to more Toro Rosso maladies.

McLaren took their first points this year courtesy of Fernando Alonso but the car was woeful in a straight line, only able to keep the Saubers behind. Stoffel Vandoorne ended up behind them and couldn’t power his way past.

Given the furore over alleged driver favouritism at Sauber it was deeply ironic the final point should be decided by team orders. Marcus Ericsson, who had floor damage, obeyed an instruction to let Pascal Wehrlein though which meant his team mate took tenth place.