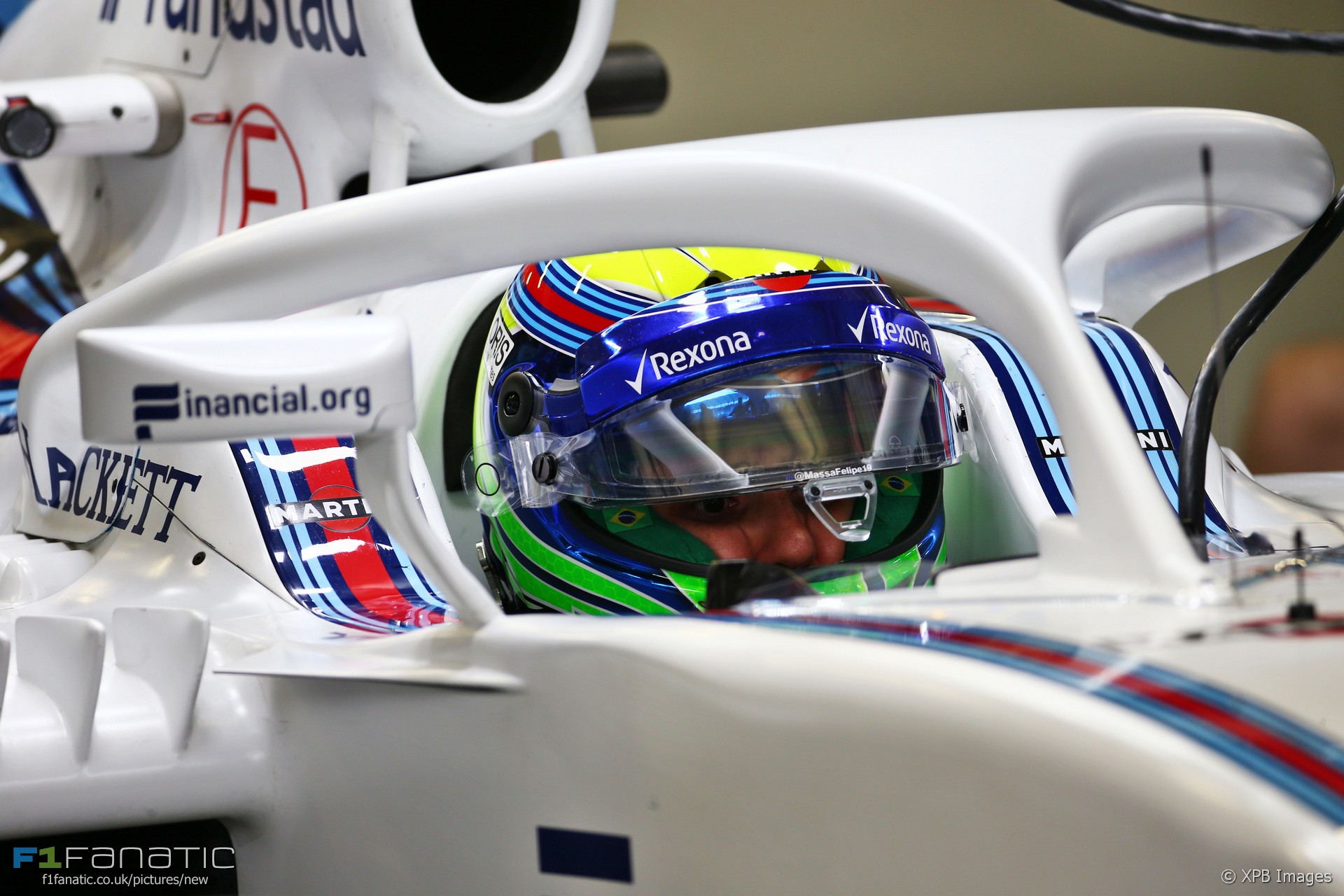 The FIA will introduce the Halo to Formula One next year to improve driver safety. But how big a step forward does the controversial design offer?

The obvious difference between Halo and the competing Shield design has prompted questions over just how much safer it will make drivers. While the rejected Shield design placed a screen in front of the drivers to deflect all types of debris, Halo is designed specifically to protection against cockpit intrusion by heavy pieces of debris and other objects.

“The Halo is there principally to look into the way drivers have been hit by wheels,” explained FIA safety delegate Charlie Whiting last year, “but also where we’ve seen cars in contact with the environment, so to speak: walls, for example. [Marco] Campos in Magny-Cours, Greg Moore in Fontana. Those sorts of things as well.”

But there are limits to its strength. The FIA said in its report into Jules Bianchi’s fatal 2014 crash that “it is not feasible to mitigate the injuries Bianchi suffered by… enclosing the driver’s cockpit.” And it’s not hard to understand why: Bianchi’s 690kg (dry weight) car hit a crane while travelling at 126kph, generating massively higher forces than a tyre striking a driver.

“It will stop a wheel,” said Whiting. “It will stop large objects and it will protect the driver against incursion from another car, walls, interaction with tyre barriers, all those things.”

Formula One has had several near-misses along these lines in recent years: Max Chilton was nearly hit by a wheel in 2014 (see video below), Romain Grosjean landed on Fernando Alonso’s cockpit in 2012 and Alonso landed on Kimi Raikkonen’s cockpit two years ago.

However as Halo does not involve putting a screen in front of the driver small pieces of debris will still be able to pass through.

“When you look at the small objects coming towards it, we’ve done a paper study to theoretically throw over a million angles and different scenarios,” explained Whiting. “We conclude that 17 per cent of the time it will deflect something from the driver – as opposed to none without the Halo.”

The question then becomes how great a danger to the drivers are these smaller pieces of debris. Felipe Massa, for instance, was hit by a spring which fell from Rubens Barrichello’s car during qualifying for the 2009 Hungarian Grand Prix. Massa suffered head injuries but survived, and crash helmets were later strengthened to offer further protection against this kind of accident.

Does Halo introduce new problems for the drivers such as impaired visibility and restricted cockpit egress? Although drivers who are used to open cockpits will undoubtedly notice a difference when the Halo is added, Whiting reckons “if you compare it with an LMP1 car it is extremely good visibility”.

Drivers have given different opinions on how much of an obstacle Halo presents to getting out of the car. The worst-case scenario for this is where a car is inverted and on fire, and the driver needs to escape in a hurry. Whether drivers are at greater risk from this or cockpit intrusion is one of the judgements the FIA has had to make when introducing Halo.

“If a car turned over and was on fire, if it has been in an accident big enough to cause a fire then the driver probably can’t get out by himself anyway,” Whiting explained. “Then the first course of action will be for marshals to get there and turn the car over and this is the sort of thing you see quite regularly.”

“So I have always felt that a car being upside down is always a worry, but the marshals are normally there very quickly and they would turn it back over. That’s the way we’ve always felt about that particular scenario.”

Safety improvements in motor racing were simpler matters 50 years ago. Replacing trees and walls with barriers and run-off areas obviously made F1 safer.

The FIA clearly believes the Halo offers a sufficient improvement to safety to be worth introducing, irrespective of concerns over its appearance. “I know that some people have said they don’t like the look of it,” Whiting added, “but it’s never come across as being the reason for not having Halo.”

116 comments on “How much safer will F1 drivers be with Halo?”